How will Tottenham lineup without Harry Kane v Man United?

Mauricio Pochettino faces a selection headache ahead of Tottenham’s trip to Manchester United following the news that Harry Kane is out with a hamstring strain.

Kane has joined Victor Wanyama on the Spurs injury list, while Erik Lamela is also unlikely to be fit enough to feature on Saturday.

So how will Spurs line-up at Old Trafford? Sportsmail assesses their options… 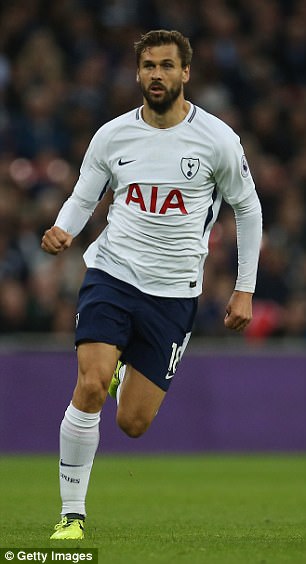 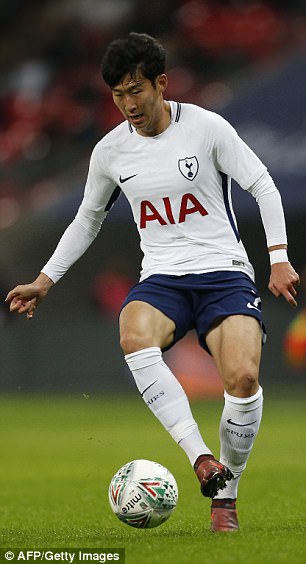 LLORENTE OR SON TO LEAD THE LINE

Spurs spent around £15million to sign Fernando Llorente as an understudy for Kane this summer, so it would make sense for them to call on the experienced Spaniard.

However – an impressive display against Real Madrid aside – the 32-year-old has looked rusty since arriving from Swansea and he offered next to nothing up top in Wednesday’s Carabao Cup defeat at the hands of West Ham.

Son Heung-min is likely to start with or without Llorente as Pochettino will be hoping to use the Korean’s lightening pace to worry United on the counter attack.

Should Pochettino opt to go with Llorente as his lead frontman, Son will probably play close to him, with the Dele Alli and Christian Eriksen starting deeper in the middle of a more cautious 5-3-2 alongside Harry Winks.

If Son is chosen as Tottenham’s attacking spearhead, Eriksen and Alli would be expected to push higher up the pitch – as would the wing backs – with Pochettino selecting either Moussa Sissoko or Eric Dier to add muscle to his midfield.

Mousa Dembele would be a perfect pick for this game were it not for the fact he only has 20 minutes of game time under his belt since mid-September. 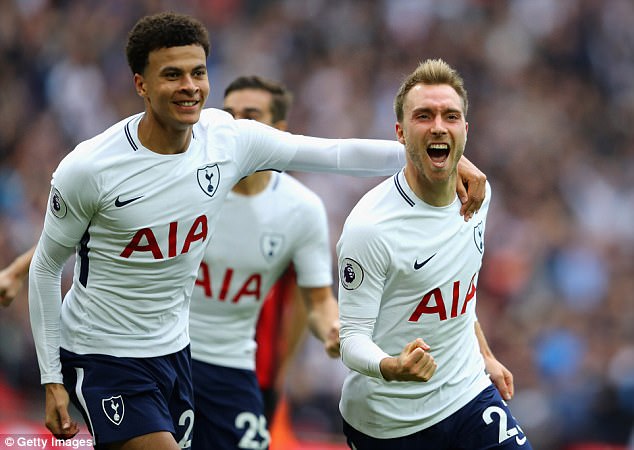 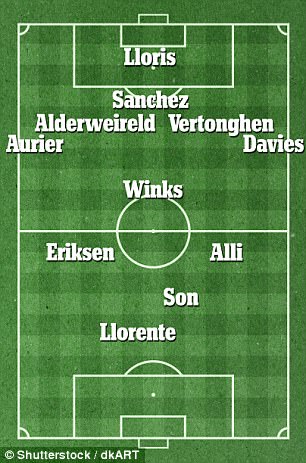 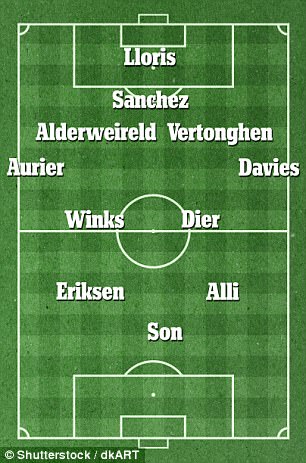 Kane’s absence will not affect how Spurs set themselves up defensively, in terms of personnel at least.

Pochettino will almost certainly start with Jan Vertonghen, Davinson Sanchez and Toby Alderweireld in a three-man unit ahead of captain Hugo Lloris.

Danny Rose lacks match sharpness despite recent appearances against Real Madrid and West Ham, so Ben Davies is expected to get the nod at left wing back.

Meanwhile, Serge Aurier should edge out Kieran Trippier on the right after the Ivorian was rested for the midweek Carabao Cup loss to West Ham.

Pochettino withdrew both Son and Llorente late on in Wednesday’s defeat, ending the night with Alli as the most striker-like player in his team.

Alli has scored 31 goals in 89 Premier League games, so it is plausible – albeit unlikely – that Pochettino could spring a surprise and ask the 21-year-old to play as a No 9. 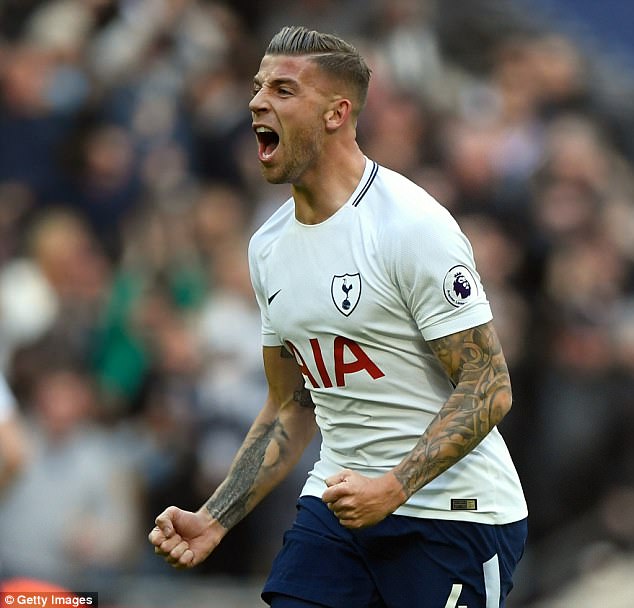 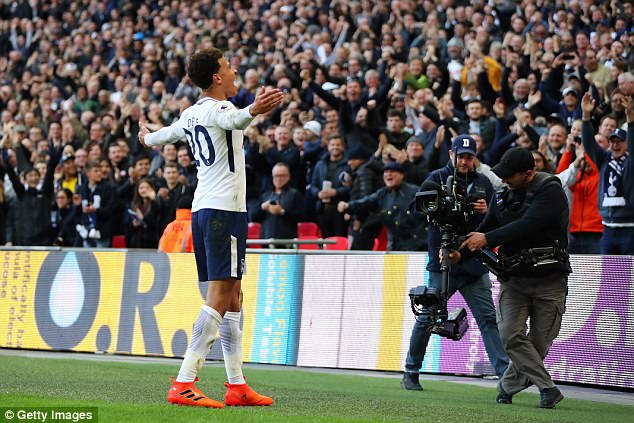