A woman has revealed how finding out that a parasite was living in her stomach eventually led to her launching her own successful business.

Georgia Lawson, 35, from Sydney’s Northern Beaches, said she first realised something was wrong at the age of 19, when she started getting bloated after eating certain foods.

However, it wasn’t until she was 24 that things really escalated – and Georgia developed ‘sharp pains’ under her rib cage after eating certain foods. 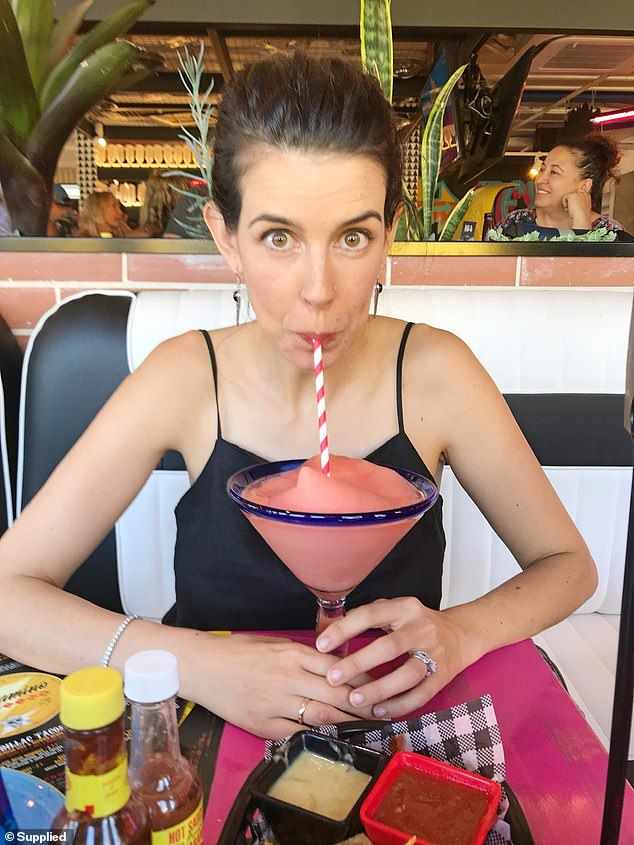 Georgia (pictured), 35, from Sydney’s Northern Beaches, said she first realised something was wrong at the age of 19, when she started getting bloated after eating certain foods

‘I thought maybe I was eating too much or had a food intolerance,’ Georgia told Daily Mail Australia.

‘Every day was different. Some days I’d feel normal, and other days I’d have bloating and crippling sharp pains.’

The now 35-year-old said she was also very embarrassed by the bloating, and wore loose-fitting clothing to cover up her stomach.

Georgia said she thought it was because of starchy foods, and so she cut potatoes, rice, bread and pasta from her diet to keep the bloating at bay.

‘But I’d often get brain fog and my immune system became very weak,’ she said.

‘I got every cold or bug going round. I would eat well, take my supplements and exercise, but I still had trouble falling asleep and would be tired all day.’ 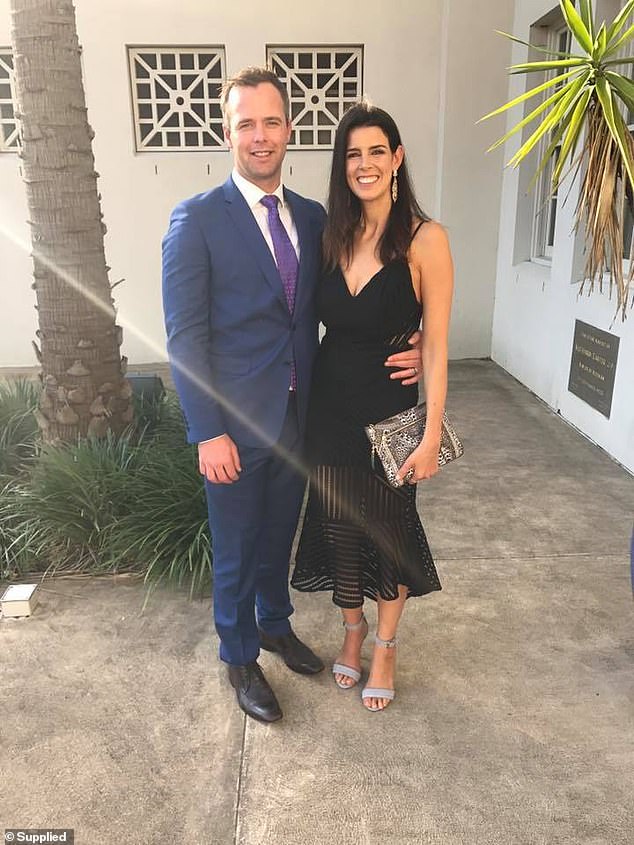 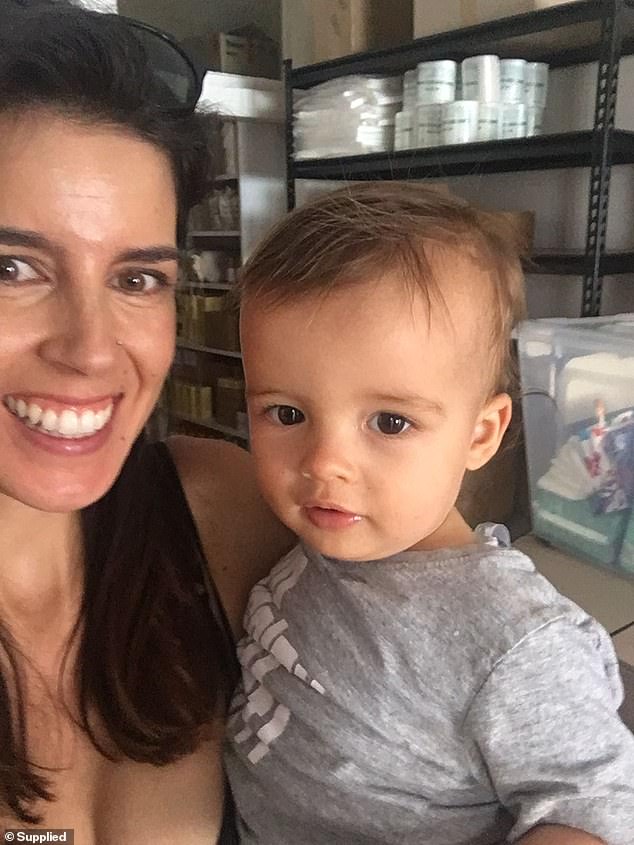 For the next two years, Georgia said she continued to battle with her unknown condition – fighting off exhaustion and illness to keep going (pictured with her child)

For the next two years, Georgia said she continued to battle with her unknown condition – fighting off exhaustion and illness to keep going.

‘I took myself to a few GPs who told me I had irritable bowel syndrome,’ she said.

‘But I was never recommended any treatment.’

And so, she continued to visit doctors, naturopaths, nutritionists and gastroenterologists to try to identify the cause of her symptoms.

But the advice was still limited – and often took the form of ‘you’re doing too much’.

At the time, Georgia was working two jobs – one during the week and another at the weekend.

‘Some people I saw made me feel like it was all in my head,’ she said. ‘I’ll never forget that feeling.’ 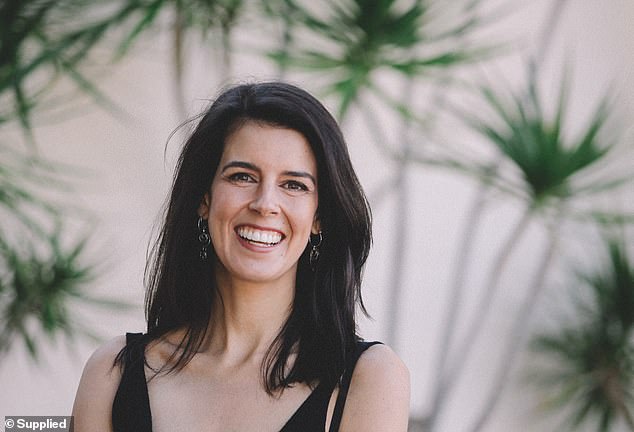 After doing some research herself, Georgia (pictured) landed on the idea that she might have leaky fut syndrome – where some of her partially digested food and bacteria had leaked through the gut lining

What is leaky gut syndrome?

* The gut has a lining that’s designed to protect the contents of your gut from escaping and entering your bloodstream.

* The gut lining can actually develop cracks or holes, which – worst-case scenario – can allow partially digested food and bacteria to penetrate the tissues beneath it, and enter the bloodstream. This is called ‘leaky gut’.

* Genetics play a significant role in getting leaky gut, but environmental and lifestyle factors do, too.

* Emerging evidence suggests that eating a typical Western diet, which tends to be low in fibre and higher in added sugar and saturated fat, may increase the risk of developing leaky gut.

* Stress and drinking too much alcohol may also be risk factors.

After getting nowhere with medical professionals, Georgia said she decided to do some research on her recurring illness herself.

‘While looking at some papers, I stumbled upon an article on leaky gut and the symptoms sounded very familiar,’ she said.

The article was by the naturopath Tania Flack, who coincidentally had a practice in the same suburb as the 35-year-old.

When she booked an appointment, Tania took a stool test with Georgia and said her symptoms sounded like those of leaky gut.

‘When we got the results two weeks later, they showed I had a parasite, Dietamoeba fragilis, which was so established it had likely been there for 10 plus years,’ Georgia said.

‘I was shocked, but I was also so relieved, I cam home and cried.

‘Finally, there was an explanation. Someone had listened to me and helped to solve the mystery.’

Following the diagnosis of the parasite, which Georgia was thought to have picked up while on holiday in Bali or Thailand in her early 20s, the 35-year-old was prescribed a radically different course of action (pictured with her business partner, Charlie Thompson)

What has Georgia cut from her diet and life?

* Foods with gluten in them, as they can cause inflammation in the gut

Following the diagnosis of the parasite, which Georgia was thought to have picked up while on holiday in Bali or Thailand in her early 20s, the 35-year-old was prescribed a radically different course of action.

Prior to knowing what was wrong with her, Georgia had eaten more fibre and carbs on the advice of doctors, but this was only feeding the parasite.

Instead, she was put on two courses of oral antibiotics which caused extreme nausea, and was later hospitalised for a colonoscopy where medical professionals internally infused three types of antibiotics.

‘They liken it to chemo for your intestines,’ Georgia said.

‘But it proved to be worth it because the follow-up tests showed that the parasite was gone.’

Getting rid of the parasite, and her stint in hospital, cost Georgia somewhere between $20 and $25,000. 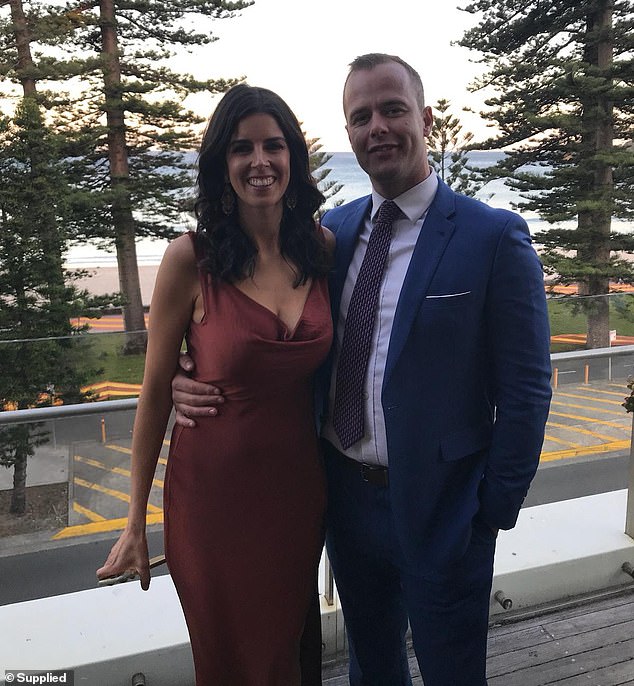 Following her time in hospital, Georgia said she started introducing normal foods back into her diet slowly and steadily – she also launched The Clean Collective (pictured with her partner)

Following her time in hospital, Georgia said she started introducing normal foods back into her diet slowly and steadily.

‘I became fascinated with the factors that interfered with my energy levels, immune system and gut health,’ she said.

This led the 35-year-old towards launching The Clean Collective with her friend and now business partner, Charli Ferrand.

This is an online store that sells toxin-free products and helps to educate people about living an eco-friendly life.

‘The human body is a fascinating thing,’ Georgia concluded.

‘I’m grateful I was forced to stop and listen to mine. I’ll never wait until it’s shouting at me again.’

For more information about The Clean Collective, please click here.