How writer Andy Weir won ‘the literary and movie lottery’

Even by science-fiction standards it is an out-of-this-world fantasy.

A self-professed computer geek sits down to write a story, self-publishes it on his website, and the next thing he knows it is an international bestseller and Hollywood comes calling, turning it into a blockbuster movie starring Matt Damon.

For Andy Weir, a Doctor Who and Star Trek ‘dork’, that fantasy became a reality when he won ‘the literary and movie lottery’ with his debut novel The Martian, which sold more than three million copies in print and earned £480 million at the box office.

The gripping drama, about a cocky Nasa astronaut who has to survive by his wits after being accidentally left behind on Mars, earned Weir plaudits because, as he says, ‘it wasn’t the best story ever but it was the most accurate’.

Weir, 45, a former computer programmer, meticulously researched every detail in The Martian to make it scientifically spot-on.

When he got stuck, in scenes such as how his protagonist would grow potatoes in the planet’s shallow red soil, he sent out questions to his online fanbase, which included real-life astronauts and astrophysicists: ‘They helped me. Everything in there from the calories it would have taken to survive to the trajectory of the spacecraft, it was all good.’

Indeed, The Martian is now required reading at Nasa, is taught in science classes in schools across America and has earned him millions of fans, who are all eagerly awaiting his follow-up. For Weir, whose self-confidence and quick wit reminds you of Mark Watney, the central character from The Martian, jokes that his new book is ‘doomed’.

‘I realise The Martian is probably going to be the most successful novel I ever write,’ he says. ‘It’s like a rock band that has a hit first album 20 years in the making and then you get a year to write the follow-up.’ 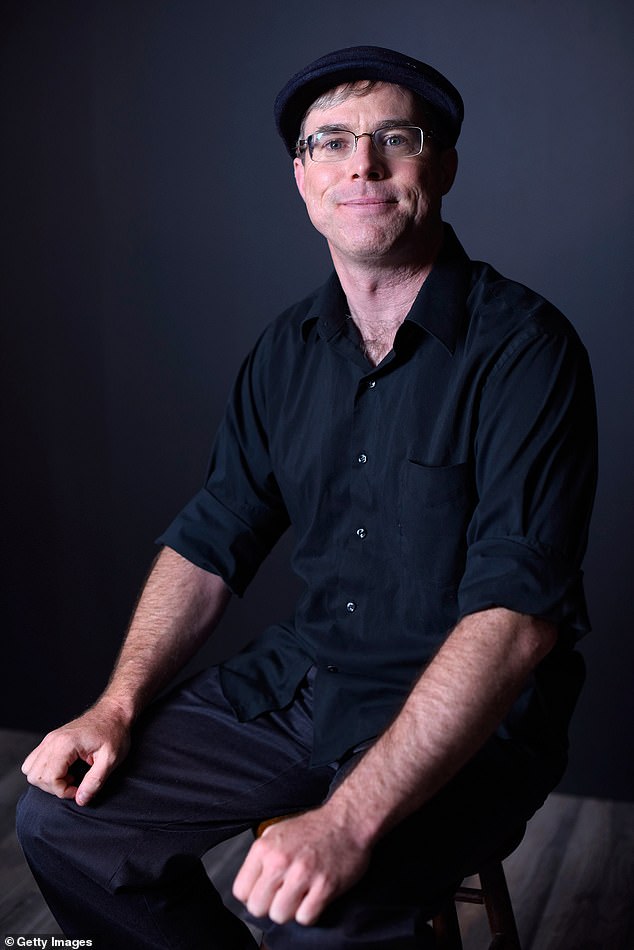 Weir, 45, is a former computer programmer, who meticulously researched every detail in The Martian to make it scientifically spot-on

The Martian began as an online serial. Weir, the son of a particle-physicist father and electrical engineer mother (who divorced when he was eight), always wanted to write but trained as a programmer. After being laid off from his job at AOL, he tried to make it as a writer for three years ‘but failed abjectly’.

Apart from a dust storm near the start (an impossibility thanks to the thin Martian atmosphere), the story is 100 per cent technically accurate. ‘I told everyone there had to be a bit of dramatic licence. I needed that dust storm to put Watney in the situation he was in.

In July a bag of Moon dust filled by Neil Armstrong during the Apollo 11 mission sold at Sotheby’s New York for $1.8 million.

‘I was posting the chapters to my website, and people were commenting on it, helping me make the science work. Eventually The Martian became so popular that fans begged him to make it widely available. He offered it on Amazon’s self-publishing arm for about 60p a copy. It sold 35,000 in the first two weeks, and within a month Weir had landed a publisher and a movie deal. ‘It was overwhelming,’ he says. ‘Once the movie deal was done I was able to give up the day job. But it still felt a joke until the cheques started coming in.’

The Martian became an instant classic. Buzz Aldrin, the second man on the Moon, called it ‘a love letter to science’.

Weir fears that his new, Moon-based novel may not have the same impact. ‘My main worry is that I suck as a writer and I just got lucky once. I’ve got to prove myself this time.’

So why the Moon? ‘I wanted it to be off Earth and it’s clear to me that moon colonisation isn’t that far off. It will happen when it’s economically viable. The first industry there will be tourism. And it will be a private company that gets us there. Richard [Branson] and Elon [Musk] are competing with each other. It’s like the early days of commercial flight.’

Weir had one ‘false start’ at a second novel called Zhek (‘I was 70,000 words in and realised it wasn’t working so shelved it’) before landing on the idea for Artemis; a fable about the first lunar city that has already been sold to Hollywood in a seven-figure deal. 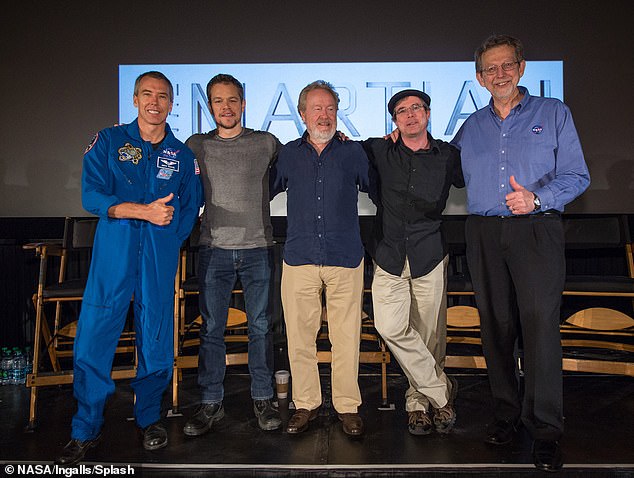 The movie, which will be directed by Phil Lord and Christopher Miller, is ‘an adrenaline-charged crime caper’ featuring female ‘anti-hero Jazz Bashara, a smart, sassy twentysomething lunar smuggler who ends up in the centre of a conspiracy for control of Artemis’.

Does he have any idea who might play Jazz? ‘No, I never write for a particular actor. I lucked out with Matt Damon.’

Weir never got to meet Damon until the LA premiere because the author is, unlike his protagonists, ‘terrified’ of flying, and has been prescribed Valium to help him cope with the upcoming global tour for Artemis. ‘I’m going to London in January. It will be the longest flight I’ve ever done. I’m terrified.’

With the millions he earned from The Martian, he moved out of his rented two-bedroom flat in Mountain View, California, ‘and bought a very nice house’ that he shares with his girlfriend.

Any other splurges? He pauses. 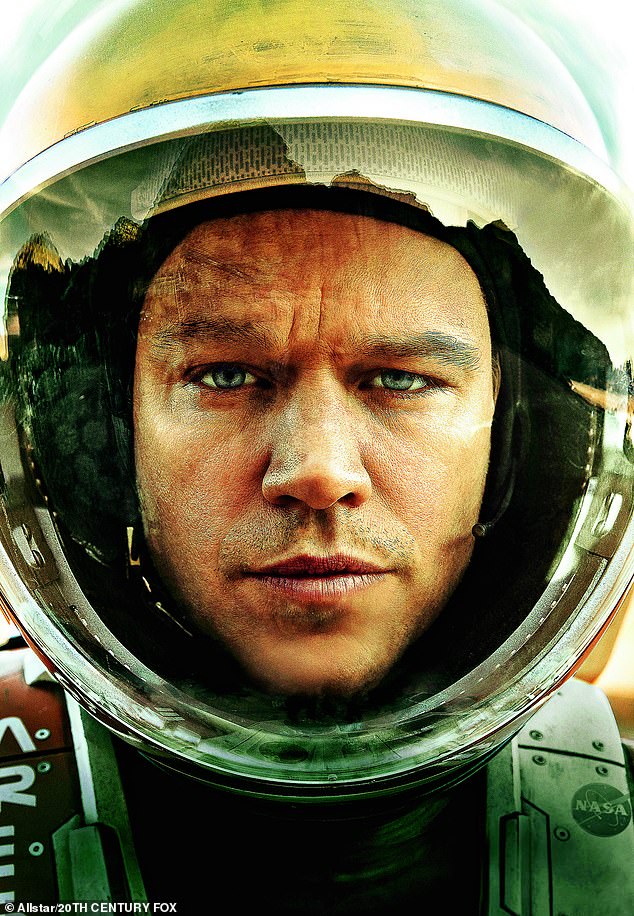 Weir never got to meet Damon until the LA premiere because the author is, unlike his protagonists, ‘terrified’ of flying

‘I know this is going to sound very geeky but I bought a piece of Martian meteorite.’

Does he have any dreams still unfulfilled?

‘I fell in love with science fiction because of Doctor Who. I love Arthur C Clarke but Doctor Who will always be my first love. If I could write an episode of Doctor Who, my life would be complete.’ e

‘Artemis’ is published by Ebury (£12.99). Weir is speaking at the Royal Observatory, Greenwich on Jan 11, tickets at rmg.co.uk/artemis