How you can be a financial winner from Euro 2020

After a year’s delay, the Euros are under way – with England already off to a winning start.

Their 1-0 victory over Croatia, who eliminated England from the 2018 World Cup, has left fans daring to dream again.

Wales and Scotland – the two other British sides to reach the finals — also hope to get to the knockout stage.

Here we go: Euro 2020 is seen as a boon to Britain’s recovery, with many of the most important matches taking place at Wembley… but will it send the FTSE rallying again?

Whatever happens, the tournament is seen as a boon to Britain’s recovery, with many of the most important matches taking place at Wembley.

The month-long tournament will also see fans across the country flocking to pubs and restaurants.

Supermarkets and sports shops will likewise be hoping for a boost. But how can investors benefit from the beautiful game’s bounce?

One thing’s for sure: the arrival of Euro 2020 will be welcomed by Britain’s beleaguered hospitality sector. Scenes of beer gardens full of fans suggest things are finally on the turn.

Even so, this bonus will probably be overshadowed by disappointment over ‘freedom day’.

The delay in lifting restrictions has seen the value of pub chains Wetherspoons and Marston’s fall by 7 per cent and 5 per cent on last week.

But will things pick up if British teams exceed expectations? There is certainly a precedent to suggest that success on the field is good for the stock market.

During the 2018 World Cup, Wetherspoons’ share price gained 5 per cent as Gareth Southgate’s side progressed in the tournament.

And shares in ITV, which showed about half of the games, enjoyed a mini-bounce, rising by 3 per cent.

In a £1 billion retail spending surge, including a run on drinks fridges, Sainsbury’s also rose by 8 per cent.

Of course, analysing performance in such a short timeframe is notoriously difficult. But what would happen if the Three Lions won the tournament? 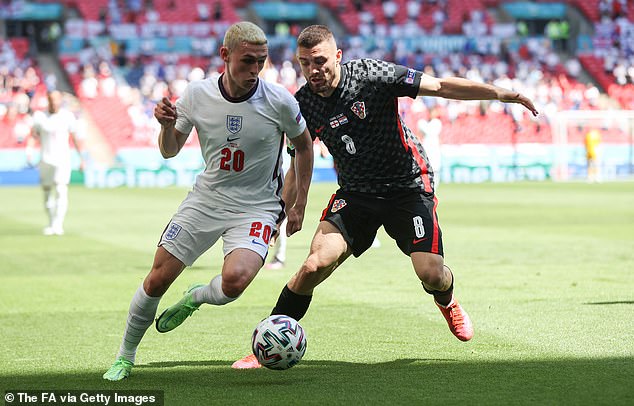 England’s Phil Foden  battles for possession with Croatia’s Mateo Kovacic.  England are off to a hopeful start with a one-nil victory in their first match of the tournament on Sunday

Most analysts agree that such a scenario would probably lead to a jump in so-called discretionary spending.

Expectations alone would be likely to create a boost for the more consumer-focused FTSE 250 — which is already on a tear this year. The index has risen by nearly 11 per cent since January.

Whoever wins in the end, Euro 2020 marks a triumphant return for football after the devastation from Covid.

Before the pandemic, the five largest leagues in Europe — the top divisions of England, Spain, Italy, Germany and France — were valued at £25 billion.

But getting in on the football action hasn’t always been easy for retail investors. Many clubs — including Manchester City, Liverpool and Chelsea — are owned by private investors or consortiums.

There are some exceptions, such as Manchester United, which joined the New York stock exchange in 2012. The club’s shares are up 12 per cent since then, but still some way off their 2018 high.

Germany’s Borussia Dortmund, the current home club of England stars Jadon Sancho and Jude Bellingham, is another example. The club’s shares have risen steadily over the past ten years. 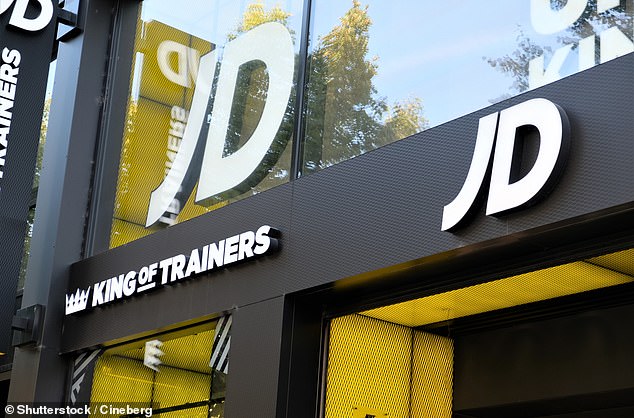 Retailer JD Sports, which sells replica football kits, has long been a portfolio darling, with the company’s share price quadrupling in four years

It is worth noting, though, that a team’s share price is not necessarily driven by what happens on the pitch. TV rights and broadcasting deals are usually more influential on a club’s share price.

Shares in Manchester United, for example, surged by 10 per cent when it emerged that the club planned to join a proposed European Super League.

But fans’ outrage at the plan led to a hasty retreat by the clubs involved — hitting United’s share price.

These difficulties aside, football clubs have been a popular investment for some UK stock-pickers.

The Lindsell Train Global Equity fund currently invests in Manchester United, Juventus and Celtic. A £10,000 sum invested in the fund five years ago would now be worth around £23,000.

Of course, fans are not limited to investing directly in clubs, with many FTSE bluechips profiting from football’s popularity.

The gambling sector is also well represented on the FTSE. In five years, Paddy Power owner Flutter has risen by 56 per cent and newcomer 888 Holdings by 76 per cent.

Or retail investors could look at managed funds which invest in the companies. Wetherspoons is a big holding for investment house Columbia Threadneedle, featuring in its Threadneedle UK fund.Flutter and 888 both feature in River and Mercantile’s UK Dynamic Equity fund.