How YOU can be a tree angel this Christmas

One of the trickiest things about leaving a job you’ve done for a very long time is the departing gift. You know your colleagues will give you something — either because they enjoyed working with you so much or because they’re delighted they’re finally seeing the back of you.

But what if you don’t like the present? Imagine it’s a picture, for instance, that’s so ghastly you have to hang it in your garden shed. Back-to-front.

After 33 years on the Today programme I was worried about it. I knew I’d be feeling a bit emotional after I’d finally said my last ‘good morning’ but how would I feign gratitude for a gift that I probably wouldn’t have chosen for my own worst enemy? I am, being a Welshman, a natural pessimist…

So it was with some trepidation that I was told I had to join the Today team in the newsroom after the Radio 4 pips had faded away to watch a video that they had made for me.

This, I assumed, would be the usual bit of mickey-taking nonsense from old friends and colleagues that invariably precedes the inevitable gift ritual. It would be well-meaning but mildly humiliating.

Ten minutes later I was trying to hold back the tears. Tears of gratitude.

The video began with the Today editor Sarah Sands standing in the garden of my house 250 miles away in West Wales with a spade in one hand and a young tree in the other.

She said a few typically witty words to the camera and then she planted the tree. Then she planted two more — each of them was a wonderful specimen of fruit trees unique to that area of Ceredigion.

But it would not have mattered what they were. There is, quite simply, no gift that compares to the gift of a tree.

Too grandiose a statement? Perhaps. After all, gifts come in so many forms. We might treasure a diamond for its beauty. A great book will take us to another world. So will a Mozart concerto or a Turner painting.

But we can live without all of those. Most of us do. A diamond set in an engagement ring can carry a powerful message of love — but so can the warmth of a hug. And, yes, it’s true that the lives of many of us would be much the poorer without access to great literature and music and art. But we’d survive.

And then there are the ultimate gifts: good health and, above all, the well-being of our children. Surely those are gifts beyond value? Indeed they are. But trees give us all those things.

And that’s why this newspaper’s Christmas campaign is so important. The fact is that without trees, life as we know it on this glorious planet simply could not exist.

As I write that sentence I know what you’re thinking: he’s banging on about the rainforests again. Well, I make no apology for that.

As everybody knows by now, trees suck in carbon dioxide and give out oxygen. Without oxygen no animal can survive. The rainforests do much more than that. They contain about half of all the different species of plants and animals known to exist. 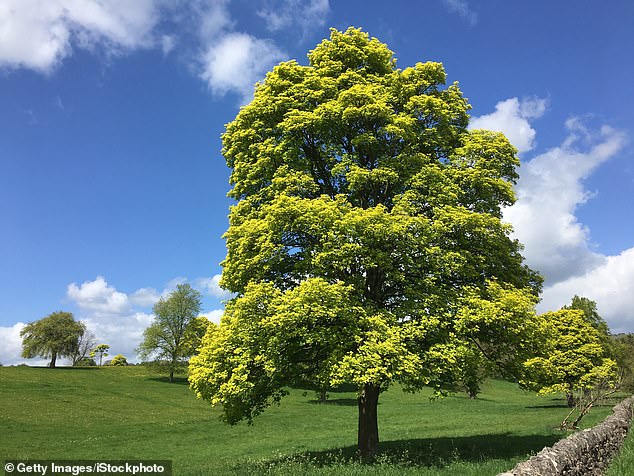 As everybody knows by now, trees suck in carbon dioxide and give out oxygen, writes John Humphrys (stock image)

Vast numbers of plants are still waiting to be discovered and no one knows how many of them will help people with diseases for which there is no known cure.

And I haven’t even touched on climate change yet. To allow the destruction of the rainforests would be tantamount to denying our children and grandchildren their future. You might say: but it’s not us ‘allowing’ it and you’d have a point.

We can’t stop ruthless dictators or rapacious corporations bent on destruction in pursuit of profit whatever the consequences.

Yet there are things we can do. And we can make an impact if only because there are more of us than there are of them.

We can refuse to buy products containing palm oil for a start.

Countless millions of acres of virgin rainforest with their irreplaceable ecosystems are being burned down as I write to grow the palm trees that produce the wretched stuff. We can tell the supermarkets we don’t want it. They’ll listen eventually.

And remember this. The rainforests account for less than three per cent of the world’s land mass. That leaves an awful lot of land capable of growing trees that should be growing trees. And much of it is in this country: the parks and waste ground in our towns and cities; the low grade agricultural land that has to be saturated in chemicals to produce a few miserable tons of food such as oilseed rape.

This form of farming benefits no one but the landowner banking the subsidy cheques. It destroys the insects and the birds and the very soil which is the source of all life.

Former environment secretary Michael Gove himself has warned that parts of this country are 30 to 40 years away from ‘the fundamental eradication of soil fertility’. And what about our own gardens? Or perhaps I should say what remains of our gardens.

A Royal Horticultural Society survey shows that more than three times as many front gardens are completely paved over today compared with ten years ago. That means that more than five million front gardens have no plants growing in them at all, let alone trees. And what about our back gardens?

A survey for estate agent Foxton’s found that the top dozen most popular features include ten different types of flowers, a garden gnome, garden furniture, a barbecue, a shed and a vegetable patch. Trees did not appear in the list.

Isn’t that just a little strange? Of course it’s possible that those who were asked simply overlooked that old lime tree that was at the end of the garden when they bought the house. It’s a bit of a pain having to rake up its leaves in the autumn and it doesn’t actually do very much does it?

Oh but it does. 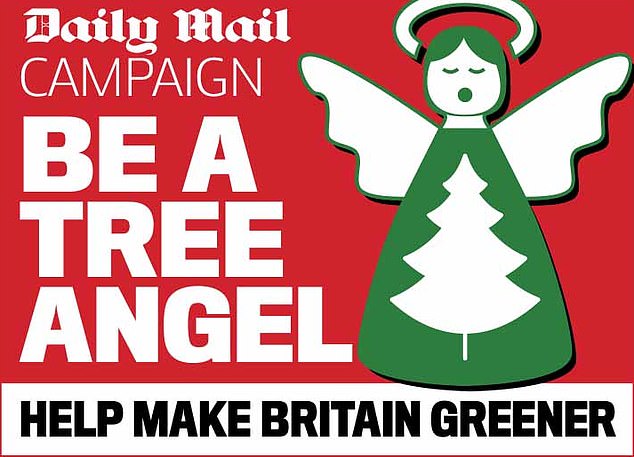 Trees are magnificent. The great poets have always recognised that whether they are searching for the meaning of mighty trees marching through the woodland as Rudyard Kipling did so powerfully in The Way Through The Woods or the simplicity of that little poem by Joyce Kilmer with its famous opening lines: ‘I think that I shall never see/A poem lovely as a tree.’

And so many of our finest artists have relied on trees to create some of their most enduring work.

The power and beauty of John Constable’s greatest landscapes surely lies in his trees: dominating his views of Salisbury Cathedral or The Cornfield or even his masterpiece, The Hay Wain.

But not even the greatest artists over the centuries have been able to portray the almost magical power of trees — partly because the scientists of their day lacked the knowledge and partly because so much of it is invisible. It happens deep beneath the soil. We have to rely on writers for that.

For me, one of the greatest novels of recent years is The Overstory by the Pulitzer Prize-winning novelist Charles Powers. It is based in part on The Hidden Life of Trees by German forester Peter Wohlleben who has spent most of his life studying them.

The great revelation for me was the extent to which trees communicate with each other.

I had always assumed that plants competed with each other for survival and it is indeed true that the weak are more likely to die and the strong to thrive.

They have a social network not unlike a colony of ants. Not only do they share the available food within their species, says Wohlleben, they often nourish their competitors. All that happens underground.

What happens above the ground is equally extraordinary. At first glance it seems that as it grows in the forest a great oak forces its mighty branches into whatever space it can find to benefit from as much light as possible. But it’s far more complicated than that.

If they really were competing with fellow oaks they might well kill off their neighbour and they need their neighbour to form the forest canopy from which they both benefit. So their very stoutest branches are grown in another direction. It makes sense when you look up more closely at that forest canopy.

I’ve been doing a lot of that in the past few years. When Sarah Montague ambushed me after this newspaper revealed that I planned to leave Today, she asked me what I wanted to do with my life and I blurted out: ‘Trees!’ The fact is that we must have more of them. And the sad reality is that we are not doing enough. Nothing like enough.

There is an annual budget set by the Government for planting more. It works out at about 20p per person in England. That’s a decrease of more than half in the last four years — and that’s a disgrace.

It’s partly why I’ve been filming trees in both new forest and ancient woodland for a Channel Five programme next week supporting the Woodland Trust’s appeal. And that’s also why I’m writing this piece in support of the Daily Mail Christmas Appeal.

The campaign aims at nothing less than a massive boost in tree planting across the land.

With the Tree Council and other charities money will be raised to support local tree planting projects — including a thousand new orchards for a thousand schools.

Every Mail reader will be given the chance to claim a voucher for a free tree to plant in their own garden.

There is nothing as magnificent as a truly ancient tree but nothing as inspiring as watching children rushing off into new woodland to inspect the saplings they planted a year ago.

Most campaigns exhort us to do good things that demand an element of sacrifice. Nothing wrong with that: it’s good for the soul as well as the cause.

But the genius of this campaign is that we’ll be doing something that is hugely enjoyable and is literally life enhancing for each and every one of us.

One scientific study after another has shown that spending time with trees is positively good for both our physical and mental well-being, quite apart from the wider benefits: a healthier world for our children to inherit.

It may seem a little strange to be thinking of planting trees in the depths of winter but now is the perfect time.

Yes, the trees have shed their leaves but those very leaves will nurture the earth they fall on. And any dead branches will, in decades and centuries to come, feed the trillions of micro organisms and fungi that will nourish the trees through their lives.

So let me finish with one more poet: Philip Larkin. He ends his poem The Trees with two lines that I like to think sums up this great Mail campaign.

I imagine him writing in a forest whose trees seem to have closed down for the winter but which are, of course, throbbing with life below the ground: