How you can make $7,500 at the drop of a finger if you took out a credit card or loan with big bank

Millions of Australians can get a $7,500 refund on unnecessary mortgage and credit card insurance – and they don’t even need old paperwork.

For years, Melbourne mother-of-four and grandmother Marie Chronopoulos had spent thousands on insurance linked to Commonwealth Bank of Australia loans.

She was paying expensive monthly mortgage insurance for two homes in regional Queensland, despite already having the necessary 20 per cent deposit for both properties when she took out loans nearly two decades ago.

Then there was the insurance on a CBA mortgage and personal loan where the repayments would be serviced in the event of illness or injury.

Australians can get a $7,500 refund on unnecessary mortgage and credit card insurance – and they don’t even need old paperwork. For years, Melbourne mother-of-four and grandmother Marie Chronopoulos had spent thousands on insurance linked to Commonwealth Bank of Australia loans

The trouble is, these ‘junk insurance’ products pay out very little back to consumers, with the banks until recently using pressure tactics to fool borrowers at loan approval time.

Home borrowers with a 20 per cent mortgage deposit, who don’t need lenders’ mortgage insurance, have over many years been sold unnecessary insurance of a different nature with products often having obscure names.

While the Commonwealth Bank no longer sells this product, the corporate regulator is taking legal action against the big banks for duping customers into taking out these products.

While the banks could end up being fined, individual consumers don’t get anything back unless they stake a claim for a refund or they are part of a legal class action.

To see if they are entitled to a refund, they can hire consumer remediation services established last year following the banking royal commission.

In mid-July, Ms Chronopoulos contacted insurance refund group Remediator after seeing a Facebook post and by September, she had received $7,484 after paying a 20 per cent fee on the no-win, no-fee basis.

‘It was one of the nicest surprises – the longest lockdown ever and to receive that was just awesome,’ she told Daily Mail Australia.

‘Put a claim in, I tell you what, it’s very well worth it. I’ve put all my friends on to it and they’ve all made the phone calls and quite a few have got returns back as well.’

Ms Chronopoulos, a safety adviser, is planning to spend her insurance refund on a January trip to Yeppoon, in coastal Queensland, to see her relatives after nearly two years apart because of Covid pandemic state border closures. 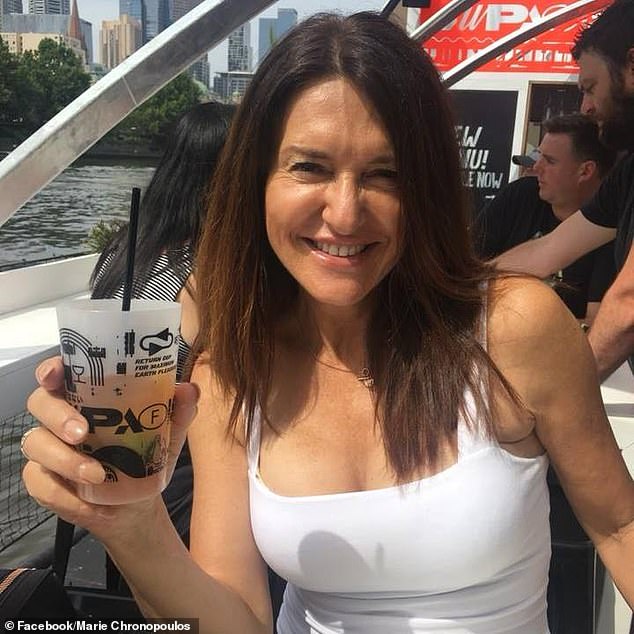 In mid-July, Ms Chronopoulos contacted insurance refund group Remediator after seeing a Facebook post and by September, she had received $7,484 after paying a 20 per cent fee on the no-win, no-fee basis

What is consumer credit insurance?

This add-on insurance product is often sold to borrowers who take out a home mortgage, personal loan or a credit card

Since October 5, 2021, the banks cannot sell this ‘junk insurance’ product to customer until four days after a loan or a line of credit has been approved

The trouble is they pay out very little, with One Big Switch estimating just 11 cents went out for every dollar spent

The refund, which will help fund the cost of a sought-after hotel room near the beach, didn’t require her to search extensively for old paperwork from many years ago.

Instead, she simply told Remediator about her past and present Commonwealth Bank loans and credit cards and they matched up the insurance details.

‘Extremely easy. It’s just a matter of having a conversation with one of their consultants and giving them details such as what products you had with the CBA and then they go to work from there,’ Ms Chronopoulos said.

‘I didn’t have a lot of these documents, I basically gave Remediator the information what products I had, as in loans, and then they did their investigative work.

‘I don’t have that paperwork, a lot of it, I’m from Queensland originally so I’ve moved down to Melbourne and it was just my memory of these loans.’

Ms Chronopoulos then had to confirm she was unaware of what had been sold to her.

‘The bank then sent me an email to ask me, ‘Was I aware of that product what I’d been sold?’ and I said, “Well, no. Clearly, I wasn’t” and from there they accepted the claim,’ she said.

In her case, the Commonwealth Bank paid her refunds on the CBA mortgage and personal loan because it was their own insurance company CommInsure.

CGU paid a refund on a loan she had with Rock Building Society.

A Commonwealth Bank spokeswoman said it stopped selling consumer credit insurance in 2018 during the time of the banking royal commission.

Consumer advocate Joel Gibson, the campaign director of One Big Switch, said consumer credit insurance paid out very little, with ASIC estimating they gave back 11 cents for every dollar customers had paid.

‘There could be millions more still who are owed refunds,’ he said. 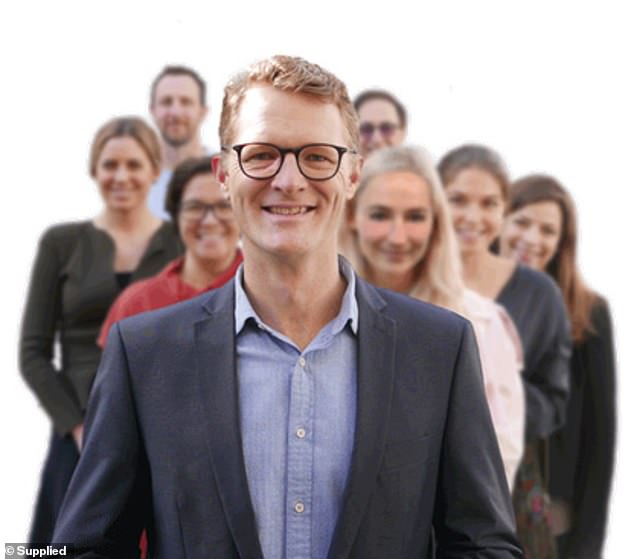 Charges have been laid against the big banks for selling unnecessary loan insurance products to customers, with some products costing $2,000 a year.

The Australian Securities and Investments Commission has filed 30 criminal charges against the Commonwealth Bank for selling junk insurance between 2011 and 2015 and Australia’s biggest home lender faces fines of $51million.

CBA released a statement on September 16  confirming it had ‘co-operated fully with ASIC during its investigation and would plead guilty to the charges, agreeing with a a statement of facts presented by the Commonwealth Director of Public Prosecutions. 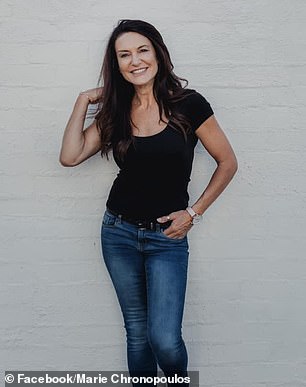 Ms Chronopoulos, a safety adviser, is planning to spend her insurance refund on a January trip to Yeppoon, in coastal Queensland, to see her relatives after nearly two years apart because of Covid pandemic state border closures

More than 580,000 Australians have been refunded more than $250million after they were duped into taking out consumer credit insurance, which covers loans and credit cards.

Consumers now have the right to a full refund and cancellation if the insurance is sold to them less than four days after a loan is approved.

Remediator estimates one in four Australian adults could be owed a refund on junk insurance products, with the banks often resorting to high-pressure tactics to trick consumers into buying a premium they didn’t need.

In a joint investigation with Remediator, Mr Gibson found 5.6million ‘add-on’ insurance products were sold between 2014 and 2020, which means many more consumers are eligible for refunds.

The Commonwealth Bank in 2019 put aside $2billion for consumer remediation to cover junk insurance and fees for no service after the banking royal commission released scathing findings on the major banks.