How YOU could take the joystick of a legendary Spitfire

It is the aircraft that became the emblem of British tenacity in the darkest days of 1940 when all that stood between the country and invasion was a handful of RAF fighter pilots.

And now for the first time, the public have a chance to fly in the amazing Spitfire from a Scottish airfield.

But before reaching for the sky, you will have to reach for your wallet – prices for sorties in the warbird are steep.

Now for the first time, the public have a chance to fly in the amazing Spitfire from a Scottish airfield

This weekend, the Boultbee Flight Academy – which normally operates out of airstrips in the south of England – will be basing its two-seater Spitfire at Cumbernauld Airport, Lanarkshire. Prices start at £3,000 for half an hour of airtime, up to £5,100 for 50 minutes of flight, but Boultbee insists it will be a ‘spellbinding’ experience.

Spitfire pilot, co-founder and managing director of Boultbee Flight Academy Matt Jones said: ‘We’ve wanted to offer Spitfire flights in Scotland for a long time and are proud to now be able to do so with a crew of all-Scottish pilots. 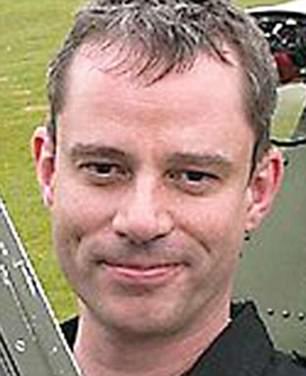 ‘Whilst flying a Spitfire anywhere is a privilege, taking off from Cumbernauld and heading up Loch Lomond and into the Highlands promises to be truly spellbinding. My only regret is that I’ve ruled myself out from flying there by insisting it should only be Scots in command of the aircraft.’

‘Flying a Spitfire over the most beautiful scenery in the world, close to where I grew up, promises to be unforgettable.

‘Whilst any Spitfire flight is a thrill, remembering the incredible risks and sacrifices of the young Scottish men who flew these aircraft in anger will be truly humbling.’

Among the cadre of Boultbee pilots is Mark Lewis – current chief test pilot at Rolls-Royce and an ex-RAF fighter pilot. The trip aloft starts with the plane’s legendary Rolls-Royce Merlin engine bursting in to life.

And since the two-seater version of the fighter is dual control, passengers can even take the joystick.

Prince Harry is one of the lucky ones who has soared with Boultbee’s Spitfire to get a feel for an aircraft that wrote itself into history in dogfights in every theatre of the war. 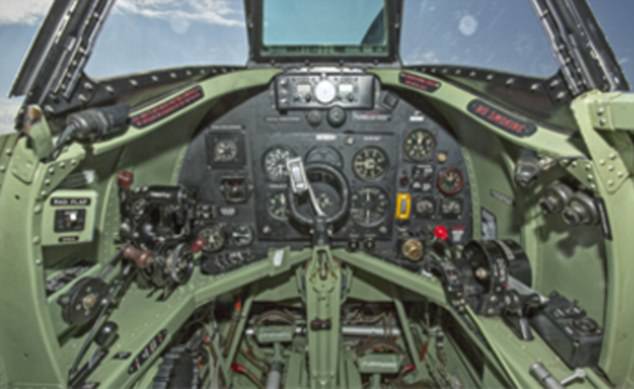 The cockpit of a Spitfire, where would-be pilots can take the flight of a lifetime

The first German aircraft shot down over Britain in the war was a Heinkel He.111 bomber. It attacked shipping near the Forth Bridge in October 1939 and was downed near Humbie, East Lothian, by gunfire from Spitfires from 602 (City of Glasgow) and 603 (City of Edinburgh) Squadrons.

The Spitfire was designed by engineer RJ Mitchell, who worked for aviation firm Supermarine.

There are now thought to be only 54 airworthy Spitfires left in the world. Two-seat versions, originally designed for pilot training, are rarer still.

The Merlin engine also powered the RAF’s other key Battle of Britain fighter, the Hawker Hurricane, as well as the legendary De Havilland Mosquito and the Avro Lancaster bomber.