How we perceive the world around us may be heavily influenced by age.

Researchers suspect faces in particular may be subject to subconscious biases, with the brain relying on both neural processes and social factors to recognize others.

Using the 1915 optical illusion ‘My Wife and My Mother-In-Law,’ a new study has illustrated how age can dictate what we see in ambiguous figures.

Using the 1915 optical illusion ‘My Wife and My Mother-In-Law,’ a new study has illustrated how age can dictate what we see. According to the researchers, ‘younger and older participants estimated the age of the image as younger and older, respectively’

‘Although face recognition is governed by low-level neural detection mechanisms, it is also affected by seemingly incidental high-level social processes,’ the researchers explain in the new study, published to the journal Scientific Reports.

‘A good example is the effect of social in- and out-groups. A social in-group is a collection of people with whom a person identifies as a member whereas an out-group is outside one’s identity.’

To find out how these social factors, such as own-age in-groups, affect perception of faces, researchers used the online crowdsourcing platform Mechanical Turk to sample 666 participants over the age of 18.

Participants were each shown a brief glimpse of the optical illusion – a bistable image that from some angles appears to show a young woman with her face turned away, and from others shows the profile of an older woman wearing a headscarf.

The image was only displayed for 500 ms, and participants were subsequently asked a number of questions to verify that they got a good enough look.

Once they passed these tests, they were asked to estimate the age of the woman in the image. 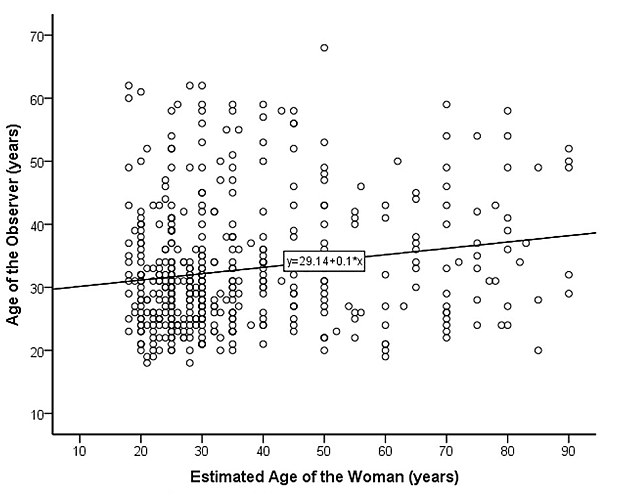 WHY DO WE SEE FACES IN INANIMATE OBJECTS?

Pareidolia is the psychological response to seeing faces and other significant and everyday items in random stimuli.

It is a form of apophenia, when people see patterns in random, unconnected data.

There have been multiple occasions when people have claimed to see religious images and themes in unexpected places.

On the red planet, one of the most famous is the ‘face on Mars’ spotted by one of the Viking orbiters in 1976.

This was later proven to just be a chance alignment of shifting sand dunes. 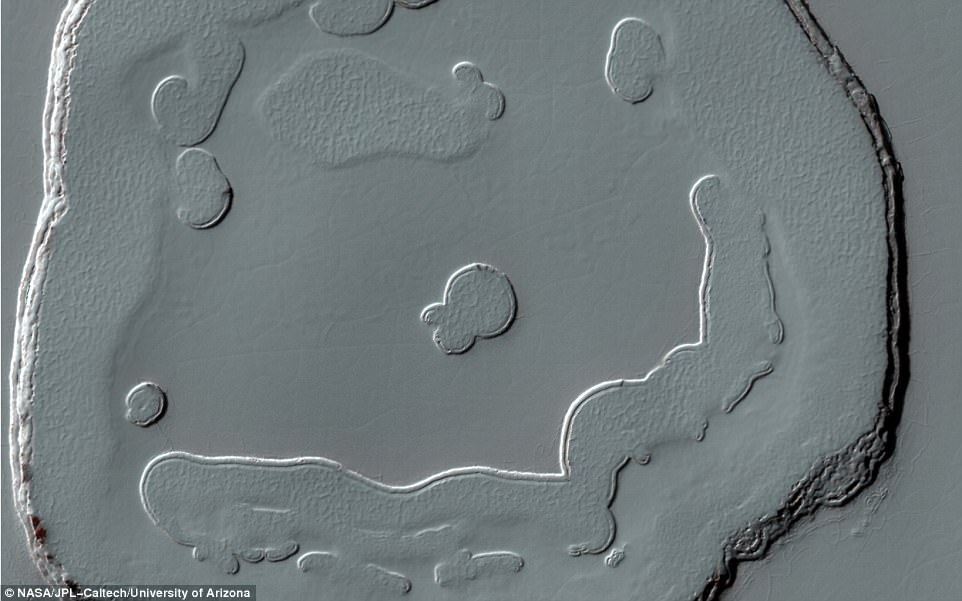 An image captured in 2015 by NASA’s Mars Reconnaissance Orbiter (MRO), which has been in orbit around the red planet since 10 March 2006, revealed a face-like feature at one of many monitoring sites at the South Pole residual cap (SPRC) on Mars 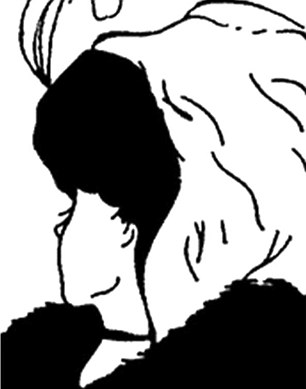 While there may be default biases in how the optical illusion itself is typically perceived, with the majority of viewers reporting a younger woman, the researchers found the observer’s age may contribute too.

The results showed that the viewers often saw a woman that essentially mirrored their own age; according to the researchers, ‘younger and older participants estimated the age of the image as younger and older, respectively.’

These findings suggest social groups do affect face processing, even if we don’t realize it, according to the researchers.

‘The effect of the observer’s age on the estimated age of the woman is consistent with an own-age social group bias,’ the researchers explain.

‘Within the respective age-groups, participants have a bias towards processing faces of a similar age.’