How young homebuyers are walking into a debt TIMEBOMB

Young homebuyers are taking on billions of pounds of dangerous debt just as interest rates are set to rise, Money Mail can reveal.

Figures buried in an official report show banks are lending more money to borrowers who can barely afford to get on the property ladder than at any time since the financial crisis.

Tinderbox: Banks are lending more money to borrowers who can barely afford to get on the property ladder than at any time since the financial crisis

The amount banks have lent to new buyers such as these has rocketed 670 per cent in just seven years.

In the first three months of 2010, loans in this category totalled £279 million; in the three months to July this year, the figure hit almost £2.2 billion.

The total has nearly doubled in the past two years alone, data from City watchdog the Prudential Regulation Authority shows.

Many first-time buyers have been forced to take on enormous debts because house prices have risen much faster than their salaries. 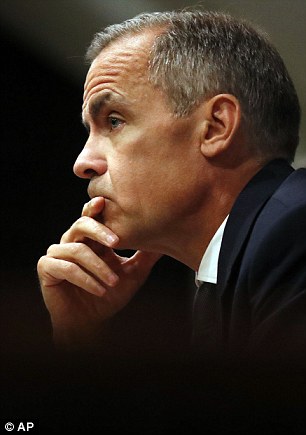 But now, experts fear these young families could be flung into a financial tailspin within weeks.

Mark Carney, Governor of the Bank of England, said last week that interest rates could rise in less than seven weeks. That would add hundreds of pounds to the mortgage bills of millions.

Baroness Ros Altmann, the former pensions minister, says: ‘There is a whole generation of young people who think it is normal to have interest rates at nearly zero.

‘It’s not normal, and a lot of these people will not be able to cope.

‘Many of them will find they simply can’t afford their repayments if rates rise, especially if they have big mortgages.’

Mr Carney last week said base rate could rise from its record low of 0.25 per cent as soon as November as the Bank struggles to control inflation.

That would mean a sudden increase in the monthly repayments for as many as 3.7 million homeowners on variable-rate mortgages.

And those looking for a new fixed-rate deal could find rates jump sharply.

If base rate went up to 0.5 per cent, the average homeowner with a £150,000 variable mortgage would see their repayments rise by £259 a year.

Analysts at HSBC, one of Britain’s biggest lenders, think there will be two interest rate rises, to 0.75 per cent, before the end of next year. That would push up mortgage bills by £520 a year.

If rates were to rise by 2 percentage points to 2.25 per cent over the next couple of years — as many economists predict — repayments would shoot up by £1,056 a year.

Since 2014, banks have been required to check that mortgage borrowers can withstand multiple rises in interest rates. 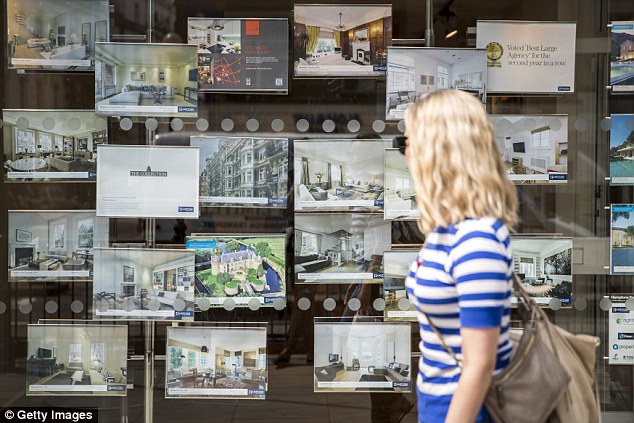 Effects: If base rate went up to 0.5 per cent, the average homeowner with a £150,000 variable mortgage would see their repayments rise by £259 a year

Lenders have also had to sift through bank statements, payslips and credit card bills to be satisfied that customers could afford the payments.

But these checks will have done little to prepare borrowers for the experience of an interest rate hike — which will be new to the 2.5 million households who have bought a first home since July 2007.

First-time buyers in parts of the country such as East Anglia, the South-East and Devon and Cornwall are already stretched, with mortgage payments eating up more than a third of their pay cheques.

The situation is worse in London, where mortgage payments now account for two-thirds of the average first-time buyer’s salary, according to data from Nationwide Building Society.

More than £35 billion of fixed home loan deals will come to an end in the next two months, and these borrowers will then be moved onto variable deals — the largest amount since 2012, according to the CACI Mortgage Market Database.

Banks don’t have to raise their variable rates in line with the Bank of England — but almost all do. Many will also hike the cost of their fixed-rate deals for new customers.

Experts also fear overstretched borrowers who bought their home with small deposits are at risk of falling into negative equity (when your home’s worth is less than your mortgage) if house prices begin to fall.

House prices are up 5.1 per cent over the past year, but the sector’s growth has slowed from more than 8 per cent last summer.

In London and the South-East, surveyors are already reporting price falls, mainly due to buyers’ concerns over Brexit. 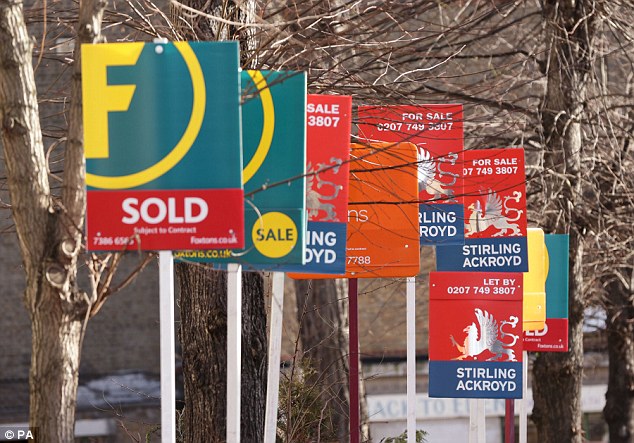 Cooling? House prices are up 5.1 per cent over the past year, but the sector’s growth has slowed from more than 8 per cent last summer

James Daley, of consumer website Fairer Finance, says: ‘We are in a period of record low interest rates, which has stopped some people from tipping over the edge.

‘If rates rise sharply, it will hit everyone in the pocket, but especially those who have big mortgages they are struggling to pay off.’

Bernard Clarke, a spokesman for UK Finance, which represents the banks, says: ‘Borrowing rates are at a historical low point, so mortgages for those with a small deposit are more affordable than in the past.

‘Borrowers also have to go through strict affordability assessments, including stress testing.

‘This is designed to make sure they can continue to pay their mortgage, even if interest rates rise by 3 percentage points over the next five years.’