How your job, salary and even location of where you work could change under JobKeeper legislation

Australian jobs could be changed indefinitely by the new $130 billion JobKeeper legislation, with employers now able to cut staff hours, change rosters and even locations of work.

The emergency legislation is due to be passed in Canberra later on Wednesday, and aims to keep millions of families afloat during the coronavirus pandemic.

It provides $1,500 fortnightly for businesses to pay staff who they may otherwise have had to be let go because of a fall in business during COVID-19 restrictions.

The government hopes it will support the jobs of six millions workers, as a global recession looms.

But the legislation also allows companies to reduce workers’ hours – effectively slashing their pay – adjust the roster and change their duties, and even move the location of their work.

Companies across Australia, even those doing relatively well and not eligible for JobKeeper, can request their staff take huge pay cuts.

People are seen lining up at Centrelink in Flemington on March 23, as thousands of Australians struggle to pay the bills during the coronavirus pandemic

Across all industries, staff are being written to to ask them to accept a pay cut – with other companies announcing redundancies.

For those using JobKeeper, hours can be slashed so that the employee’s earnings equal $1,500 a fortnight, as long as there is not enough business for them to remain on their usual hours.

The changes to the Fair Work Act to allow JobKeeper to pass will bring in a large number of modifications to the country’s workplace laws.

HOW YOUR JOB COULD CHANGE

Under changes to the Fair Work Act, businesses which are eligible for JobKeeper can make a number of changes to workers’ jobs:

So far, around 700,000 businesses have signed up for the wage subsidies, with cash due to arrive in their accounts at the start of May.

The temporary changes to the Fair Work Act were negotiated by Attorney-General Christian Porter and the Australian Council of Trade Unions.

Mr Porter said the changes, which apply only to those eligible for JobKeeper, would formalise the ‘common-sense arrangements’ already being made and save ‘tens of thousands of jobs’.

It means that those businesses that choose to sign up for the subsidies will now be allowed to reduce their hours of work.

If that happens, staff will be legally allowed to take a second job.

While the legislation provides $1,500 for each employee a fortnight, which must be passed on to staff, this is still less than some staff will usually earn.

Changes to the rules mean that if businesses suffer a loss of earnings, they are allowed to reduce staff hours so they earn only the $1,500 a fortnight.

But they are not allowed to reduce their regular rate of hourly pay – meaning no one will be working their usual job but for less money. 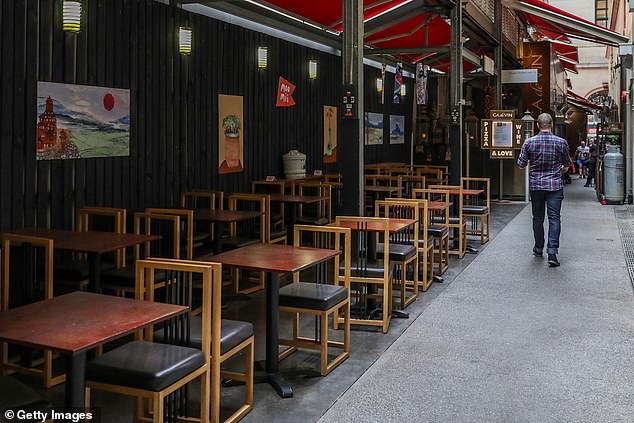 The government has refused to include more casual workers in the $130 billion JobKeeper scheme after many bars, including this one in Melbourne on March 18 (pictured), closed

WHAT DOES JOBKEEPER MEAN FOR ME?

The JobKeeper plan gives $1,500 to businesses for each employee kept on during the coronavirus crisis.

That money is passed immediately to the staff member.

But it involves making changes to the current Fair Work Act.

If companies sign up, they will now be allowed to staff new roles, rosters and even change the location of their work.

They can also stand down staff, reduce their hours and ask them to take annual leave.

But these have to be within ‘reasonable’ perimeters, and staff are allowed to cling on to a minimum of two weeks annual leave.

It allows always employers to negotiate changes to work locations of staff within ‘reasonable’ perimeters.

This means that if a person works in Sydney, their boss cannot move their job to Brisbane, but could move it elsewhere in the harbour city.

They are also unable to refuse requests to take annual leave during the crisis, though they are allowed to keep a minimum of two weeks.

As for changes of job roles, the new work has to be suitable for the staff member’s skills.

For example, a restaurant owner could ask a waiter to help with delivery runs if they are able to drive, but could not ask them to go and work on a farm.

According to an Australian Bureau of Statistics report, half of 3,000 businesses surveyed said they had made changes to their workplace because of COVID-19. 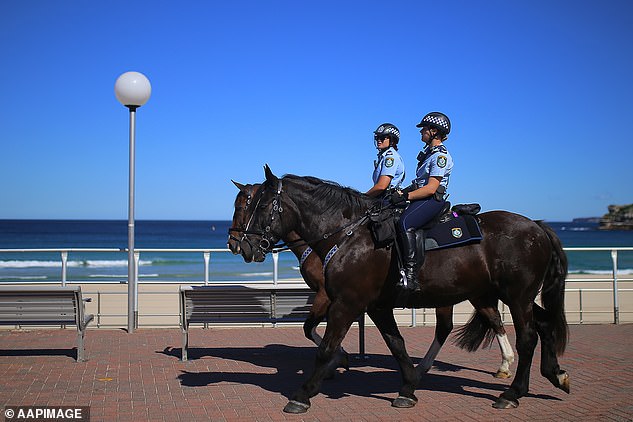 Of those in the food services and accommodation industry, 70 per cent had cut staff hours and 43 per cent had put workers on unpaid leave.

With strict restrictions brought in on Australians every day lives, many have lost their jobs thanks to the closure of bars and restaurants, not to mention declining sales at many businesses.

Businesses with a turnover of less than $1 billion a year are eligible if they suffer a 30 per cent drop in business, while companies with a higher turnover must experienced a 50 per cent slump.

But the government has insisted that only workers who have been with one business for 12 months are eligible. 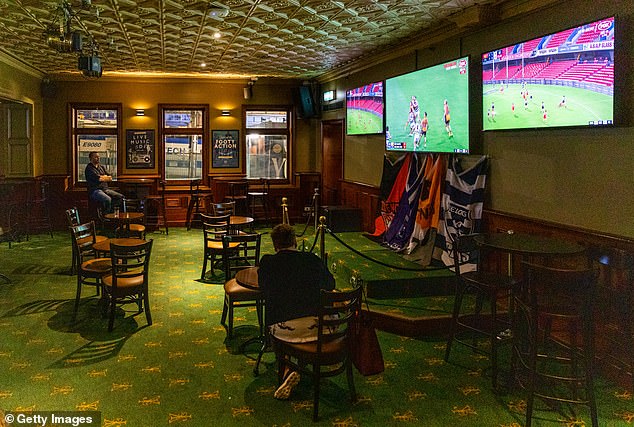 A usually busy pub in Melbourne is seen virtually empty on March 21 (pictured), as workers across Australia are laid off thanks because of declining business during the pandemic

Speaking on Monday morning, Mr Porter revealed the decision had been made not to expand the scheme.

He said in a press conference: ‘Even with expenditure of this extraordinary size there has to be some definitions and some lines drawn.

‘We think this is a fair and reasonable line.’

He said: ‘Up to 1.1 million casual workers will miss out on a wage subsidy – and potentially be forced into the unemployment queue – because of the Morrison Government’s refusal to compromise.’

Parliament will meet with dramatically reduced numbers on Wednesday to pass the JobKeeper payment into law.