Women who take HRT to control the often debilitating symptoms of menopause could slash their risk of a stroke by switching to a skin-patch form of treatment.

A new study, based on almost a million women, tracked them for more than 15 years. It found that while those taking hormone tablets had an increased risk of stroke, those who had transdermal preparations – either a sticking plaster-like patch or a gel rubbed into the skin – had no higher risk than those who did not have HRT at all.

It may be that when medication is absorbed through the skin –directly entering the bloodstream without having to be processed by the liver – the risk of blood clots is reduced.

Those taking hormone tablets had an increased risk of stroke, those who had transdermal preparations – either a sticking plaster-like patch or a gel rubbed into the skin – had no higher risk than those who did not have HRT at all

HRT, or hormone replacement therapy, is a treatment used to ease symptoms of the menopause, including sleep problems, weight gain, mood swings and hot flushes.

It works by topping up or replacing low levels of the female sex hormone oestrogen, and sometimes progesterone.

Low oestrogen levels can lead to a number of physical and emotional symptoms, estimated to affect eight out of ten women and can last on average for seven years, with one in three women experiencing long-term symptoms beyond that.

HRT may also protect against the development of osteoporosis and heart disease.

For many years, it was seen as a wonder drug for women and was taken by millions. But uptake declined dramatically after a major 2002 study suggested links with increased risk of breast cancer and stroke.

In recent years there has been an NHS drive to encourage more women to accept treatment after subsequent studies suggested many were suffering debilitating menopause symptoms but were too afraid to take HRT.

In the new study reported in the journal Stroke, researchers aimed to assess the risk associated with different ways of delivering the hormones. 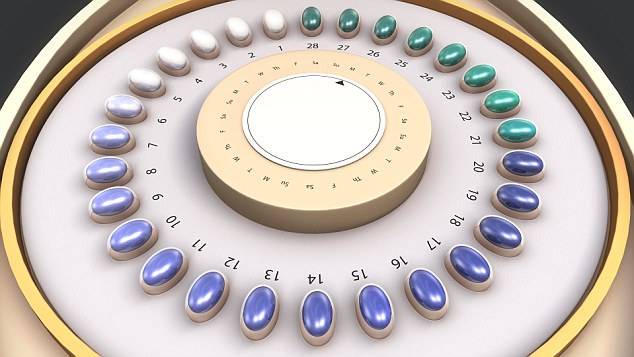 HRT tablets with the combined oestrogen/progestin pill, were associated with an increase of 29 per cent compared to women who had never used hormone therapy

The Copenhagen University research involved 980,000 women aged 51 to 70 who were monitored for 16 years.

In total, just over a third of women in the study used hormone therapy which was found to be associated with a 16 per cent raised risk of ischemic stroke, caused by clots.

When the data was further analysed, HRT tablets with the combined oestrogen/progestin pill, were associated with an increase of 29 per cent compared to women who had never used hormone therapy.

Transdermal delivery through the skin with a patch or rub-on gel was not associated with a risk of stroke, and in some cases a lower risk of stroke compared to non-users of HRT.

‘We found an increased risk of stroke, based on ischemic stroke, with oral hormone therapies, and we found no risk of stroke with transdermal application,’ stated the researchers.

Haitham Hamoda, a consultant gynaecologist who leads the menopause service at King’s College Hospital in London and is a member of the British Menopause Society’s Medical Advisory Council, says that overall the results are good news for women, but added: ‘The slight increase in risk of stroke with oral HRT intake is mostly noted in woman over 60.

‘The results suggest transdermal delivery bypasses the liver, and this is why it may not have an effect on blood coagulation.’