Huawei is navigating towards the release of a self-driving car within two years, according to the firm’s head strategist.

To be developed in collaboration with car manufacturers Audi and Toyota, the plans bring Huawei up against Google and Uber in the emerging self-driving market.

Should all go to plan, the cars will be released in China in the first instance, with an international roll-out to follow at a later date.

Chinese technology firm Huawei is navigating towards the release of a self-driving car within two years, according to the firm’s head strategist. To be developed in collaboration with car manufacturers Audi and Toyota

According to the Financial Times, Huawei has plans to launch a self-driving car as soon as 2021.

The technology firm is collaborating with both Audi and Toyota to design the vehicles, said Huawei’s chief strategy architect Dang Wenshuan.

‘From my understanding, we are working together to have a car that will be shipped in the year 2021 or 2022 using these [autonomous driving] components,’ he said.

The car will likely be rolled out in China initially, as car manufacturers there are ‘moving faster’, Mr Wenshuan said.

‘This will be in China, but not only in China,’ he said, ‘It will also be in Europe.’

Industry standards for self-driving vehicles identify the levels of autonomy an automobile is able to reach.

For Huawei’s, it would be Level 4, which is the second-highest standard in the framework.

According to to the Financial Times, who was shown a video of an Audi vehicle powered by Huawei’s AI tech, the vehicle contained a driver, but the steering wheel and controls were untouched.

In the last two months, the company has come under intense pressure from amid the U.S.-China trade war. 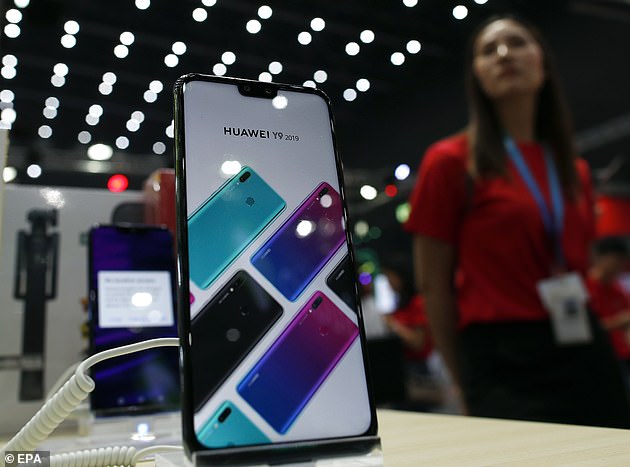 The Chinese technology firm is providing the car makers and two other Chinese firms, Beijing New Energy Automobile and Changan Automobile, with AI software. Should all go to plan, the cars will be released in China in the first instance, with an international roll-out to follow at a later date (file photo)

This follows accusations that the company is being used as a gateway for the Chinese government to spy on Western nations using equipment used to facilitate the upcoming 5G service.

The Trump administration recently added the company to a trade blacklist, which has led to multiple suppliers distancing themselves from the firm.

Google then confirmed it would stop supporting Android on Huawei and Honor devices, the software which powers both firms’ phones.

Regardless of where it might be released, however, Huawei’s car will not be the only contender for the self-driving market.

Other large technology companies driving towards a commercial release of their autonomous vehicle designs are Google and Uber. 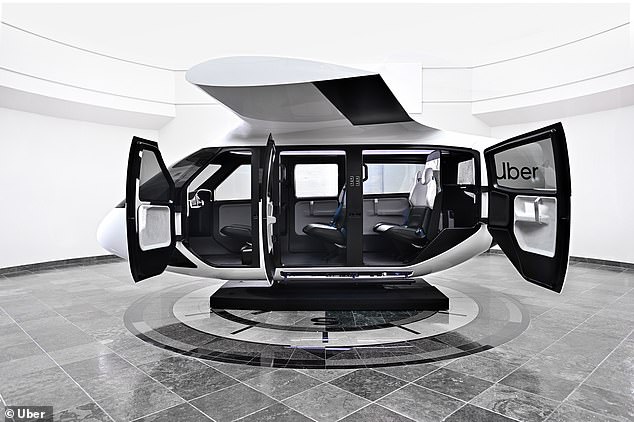 Yesterday, Uber took their wraps off of its futuristic air taxis for the first time. The firm gave the public a look at the inside of its flying taxi that’s expected to ferry up to four passengers as part of the long-awaited airborne taxi service, dubbed ‘Uber Air’

Just yesterday, Uber gave the public a look at the inside of its flying taxi , which they say will be available in 2023.

They are expected  to ferry up to four passengers as part of the long-awaited airborne taxi service, dubbed ‘Uber Air.’

Previously, Uber had shared prototype digital designs of the vehicle.