Chaos erupted as a massive blaze at a restaurant began to engulf a building in central Melbourne.

Dramatic footage shows restaurant staff screaming as they ran from the burning building on the corner of Russell and Bourke Streets in the CBD at 11.16am on Monday.

About 15 fire trucks were called to battle the fire as thick, black smoke plumes covered Chinatown.

Thick, black smoke plumes could be seen billowing from the building on Friday

Buildings on either side of the building were evacuated while fire crews worked to get the blaze under control, a spokeswoman from the Melbourne Fire Department said.

The blaze is believed to have started in a chicken wing restaurant where police were seen ordering to flee, 7news reported.

The chaotic scene was filmed by witnesses and shows flames beginning to engulf the building.

A police officer can been seen asking ‘is there anyone else in there?’ as people flee from upstairs.

The officer can be heard screaming for people to get outside.

Traffic in the area is being diverted. 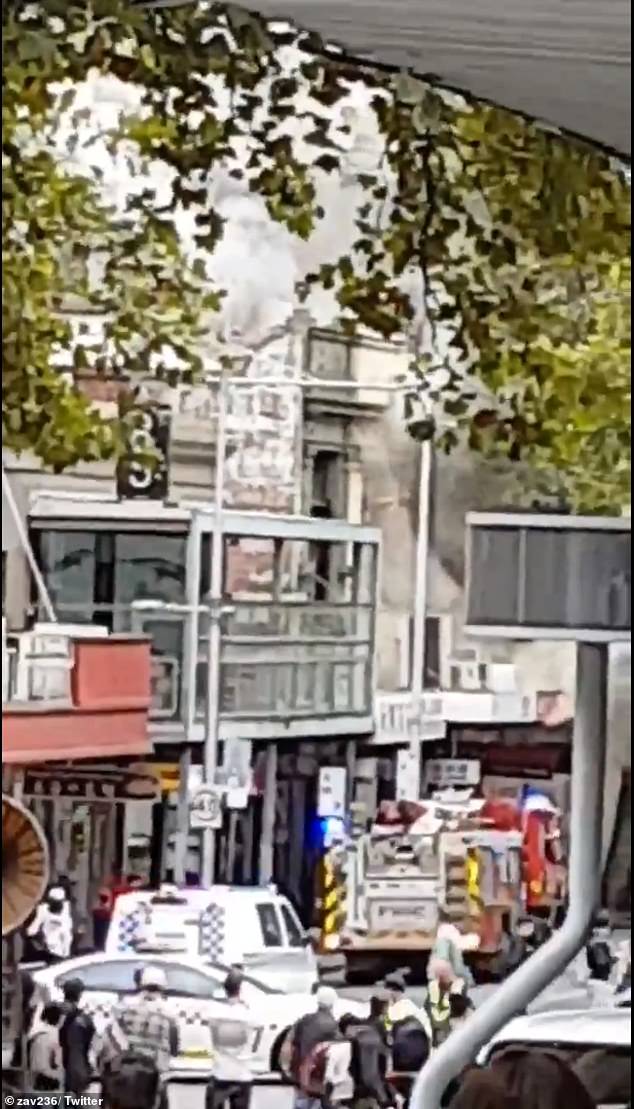