Hugh Fearnley-Whittingstall fashions himself as a healthy eating champion who enjoys celery as much as sirloin steak.

But despite eating well, the 53-year-old celebrity has revealed doctors have warned him that alcohol and his sweet tooth has put him overweight and at risk of developing type 2 diabetes.

As part of a documentary on obesity in the UK, Fearnley-Whittingstall discovered that his weekly intake of wine contains the same number of calories as in 22 cans of coke. 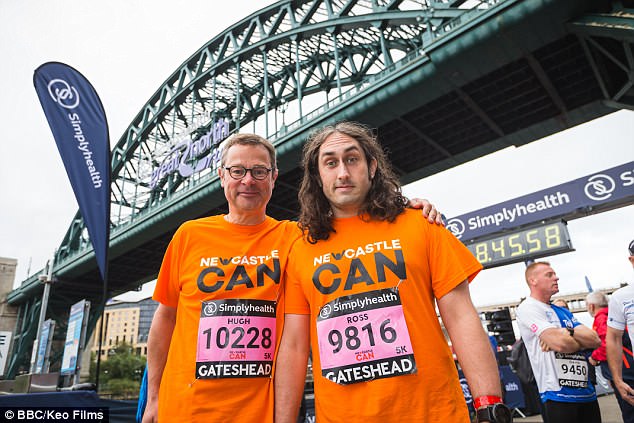 A GP who checked his height, weight and stomach size found that, at 12 stone 8lb, his body mass index (BMI) was 26.2 – meaning the River Cottage presenter was classified as overweight. A healthy BMI is between 18.5 and 25.

Dr JP Kent told the chef that his abdominal circumference was ‘worrying’ and warned he could develop type 2 diabetes in the next ten years if he did not lose weight. Fearnley-Whittingstall said: ‘That’s a surprise and a bit of a wake-up call.

‘I’ve been quite chubby – got the chunky tummy, a lot of double chins flying around in pictures from the mid to late 1990s. Now I’m in my 50s and I’m told I’m going in the wrong direction – that is a bit alarming.’

He added: ‘I cook a lot, I eat a lot of veg but I do have a sweet tooth. I drink cider, wine almost every day and probably more than a glass. Sometimes more than two glasses.’

He admitted his weight has been ‘up and down’ over the years and he often comfort eats chocolate when stressed.

The chef has published a number of healthy eating books. His most recent creation is last year’s River Cottage Much More Veg with which he promised to make vegetables ‘irresistible’. 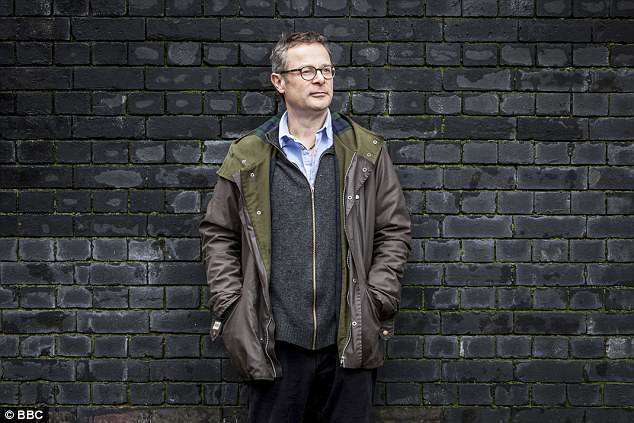 A GP who checked Whittingstall’s height, weight and stomach size found that, at 12 stone 8lb, his body mass index (BMI) was 26.2 – meaning the River Cottage presenter was classified as overweight

The book contains 175 vegan recipes, such as seared summer cabbage and baked celery. His other books include River Cottage Light & Easy: Healthy Recipes For Every Day, and a book dedicated to fruit.

But the star accepted that eating vegetables does not counteract consuming calorific snacks and drinks.

He said: ‘I thought I knew my weaknesses: cheese and biscuits, chocolate and puddings generally, and wine with my dinner. But it is still a shock when I work out that, in terms of calories, my weekly wine intake is roughly equivalent to 22 cans of coke.’

The BBC1 documentary, Britain’s Fat Fight with Hugh Fearnley-Whittingstall, is broadcast on Wednesday at 9pm.