Chef and healthy eating campaigner Hugh Fearnley-Whittingstall has blasted the ‘wall of confectionary’ surrounding the tills at WHSmith stores.

The River Cottage chef, 53, explores the UK’s obesity crisis in new BBC series Britain’s Fat Fight, in which he described the piles of chocolate on offer at checkouts in stores on Wednesday night’s show.

The show saw him navigating stacks of marked down confectionary as he approached the till, where he was also given McDonald’s vouchers after paying for his shopping.

WHSmith, which stocks the chef’s recipe books, sells around 900 chocolate bars every 45 seconds in the UK, prompting Hugh to argue that it should be doing more to tackle the obesity crisis, rather than ‘cashing in’ on its customers’ sweet tooth.

The retailer, which sells stationary, books, magazines and newspapers in addition to snacks, has said it is taking steps to increase the number of healthy choices available in its stores. 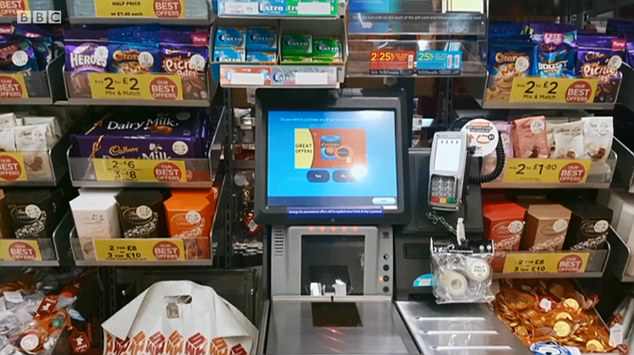 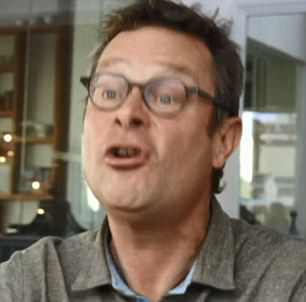 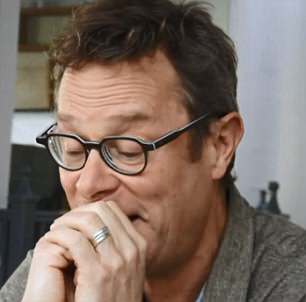 The healthy eating campaigner explained that even when you’re not shopping for food temptation is everywhere from chemists to toy stores.

He said that WHSmith seemed the most ‘intent on cashing in on our sweet tooth’, as he navigated a ‘wall of confectionery’ just to get to a till when filming his documentary in 2016.

‘And when I’d finally done my shopping and paid, I was given these,’ he said, presenting a fistful of McDonald’s discount coupons for the camera.

Former advertising executive Dan Parker said stores are keen to double the amount shoppers spend on impulse purchases: ‘Their goal is always going to be to sell more chocolate.’

Hugh complained about the prompts on the self-checkouts as well as the sea of sweets that surrounded the tills in store.

‘When I walk into WH Smith I do not see more healthy options, as if the wall of chocolate isn’t enough right on the screen in front of you it says “would you like to buy a f***ing chocolate orange?!’

‘Sorry but it is mad! We have got to a bonkers place, where they at the push of a button they are saying “buy chocolate”,’ he fumed. 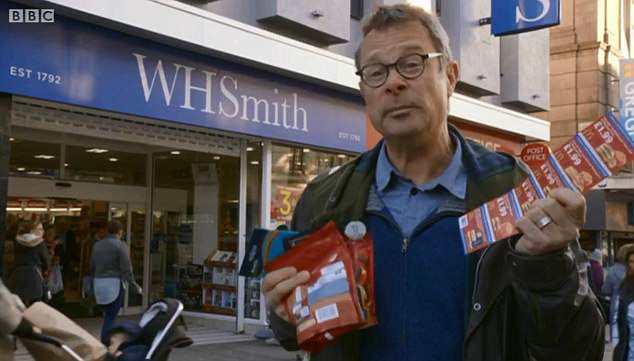 WH Smith has 1,300 stores across the UK selling stationery, books, magazines and newspapers as well as confectionery 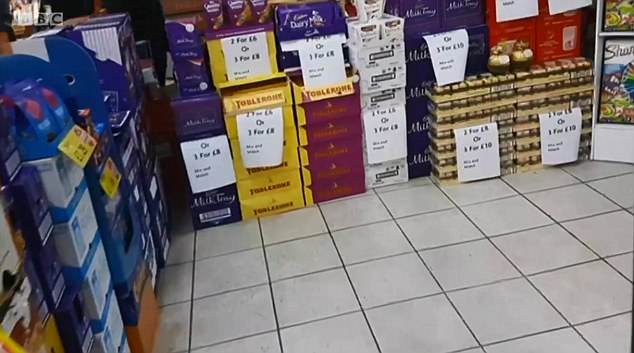 During filming in 2016, Hugh went to different WH Smith stores where he said he was faced with a  wall of chocolate on his way to the checkout

WHSmith has said it sells just two per cent of confectionery bought in the UK, but told Hugh they were looking to increase the visibility of healthier choices in their shops.

To illustrate his argument, Hugh set up a replica WHSmith counter outside one of its high street stores and piled it high with 900 chocolate bars – the amount it sells every 45 seconds.

‘They’re trying to entice you in to spend and spend,’ said one customer.

Parents said they found it annoying because sweets were often displayed at their children’s eye level, making them more likely to plead for a treat. One woman suggested chocolate should always be contained within its own confectionery aisle.

Since the show was filmed, WHSmith released a 2017 report which stated their aims for responsible retailing and that they always take on board their customer feedback. 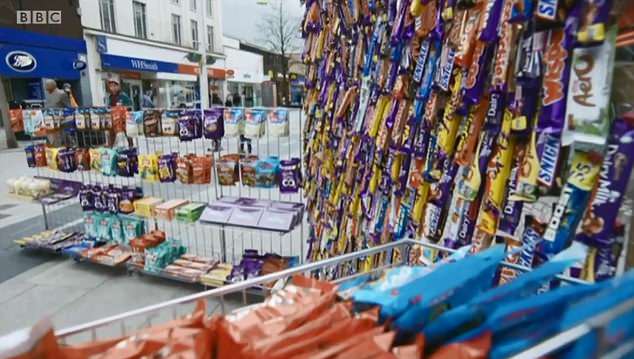 It explained that the high street chain carried out regular reviews of products’ ranges, displays and promotions to ensure that products ‘meet our responsible marketing guidelines’.

The retailer added that its promotions included a wide range of products ranging from mineral water to new book releases in addition to confectionery, and that healthy ranges were continuing to grow.

‘Our queuing system now features a range of protein bars, Graze products and own brand Munch lines that span across raw nuts and fruit.

‘Initiatives like this, together with our improved ranges, have contributed to healthier snacking growing by over 30 per cent within Travel last year.

‘We have moved fresh fruit to front of store in all hospital sites, which has seen sales grow by 65 per cent in the last year.

‘Outside of hospitals we have also increased the amount of prepared fruit range we carry in our chilled range, up 50 per cent year on year, and increasing overall stocking points by over 40 per cent.’