Hugh Grant has appealed to thieves who broke into his car overnight and stole the script for a new film he is working on.

The actor revealed this morning the script had been left in a bag inside his car, which was parked on the drive outside his home in Kensington, west London.

Grant asked for the script to be returned, adding it was ‘full of many weeks of notes and ideas’..

He took to Twitter today to share an appeal for help, and revealed his children’s medical cards may also have been inside the bag. 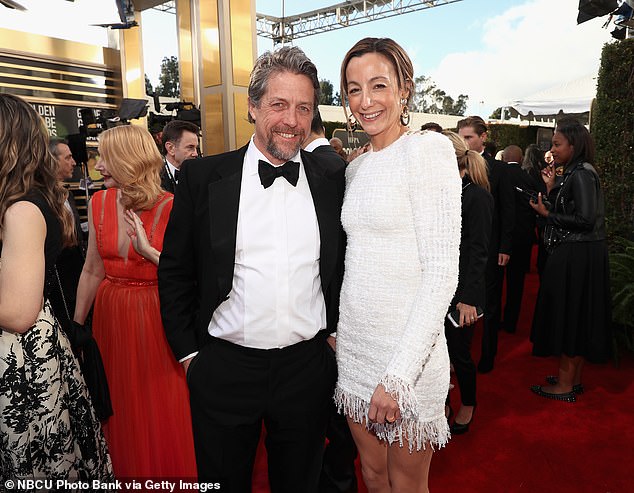 Grant tweeted: ‘In the unlikely chance that anyone knows who broke into my car tonight and stole my bag, please try and persuade them to at least return my script. Many weeks worth of notes and ideas. And perhaps my children’s medical cards. Coach Films ,Ealing St Mary’s Ealing Green W5 5EN’

Celebrities who have shared the actor’s tweet include David Baddiel, who replied: ‘I’m sorry. I’ve had very bad writer’s block.’