Hugh Grant has hit back at an internet claim he only married his wife Anna Elisabet Eberstein ‘for passport reasons’.

The actor, 60, came across the claim listed as part of a Google search and, taking issue with it, set the record straight on Twitter.

Firing back, Hugh – who married Anna in 2018 – insisted that the reason why he and his wife tied the knot was because of ‘love’.

Setting the record straight: Hugh Grant has hit back at an internet claim he only married his wife Anna Elisabet Eberstein ‘for passport reasons’

He shared a screenshot of the search results for his wife Anna’s full name, which brought up an online article, published by site Nicki Swift in December 2020, claiming he married Anna for ‘passport reasons’.

Bridget Jones’s Diary actor Hugh married for the first time three years ago and the article quotes him stating in an interview with USA Today that he and Anna believe marriage is a ‘pretty preposterous social construct’, before discussing their different names on their passports.

Hugh, who shares three children with Anna, said while discussing getting married: ‘I didn’t like going through immigration into countries where they’d say, “Everyone with a Grant passport over here, and all the others through there.”

‘[Anna] went through with the nannies. That seemed all wrong.’ 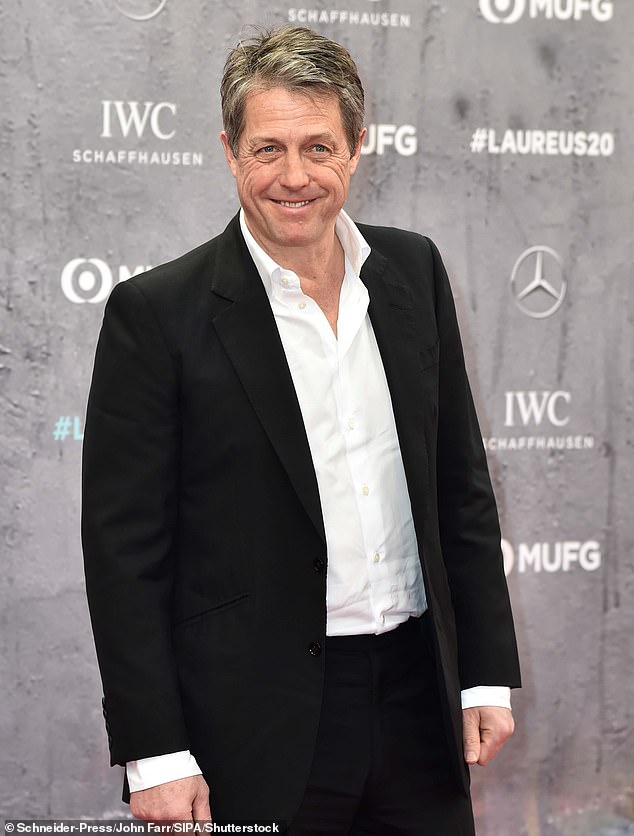 Hitting back: The actor, 60, took issue with the claim and fired back on Twitter 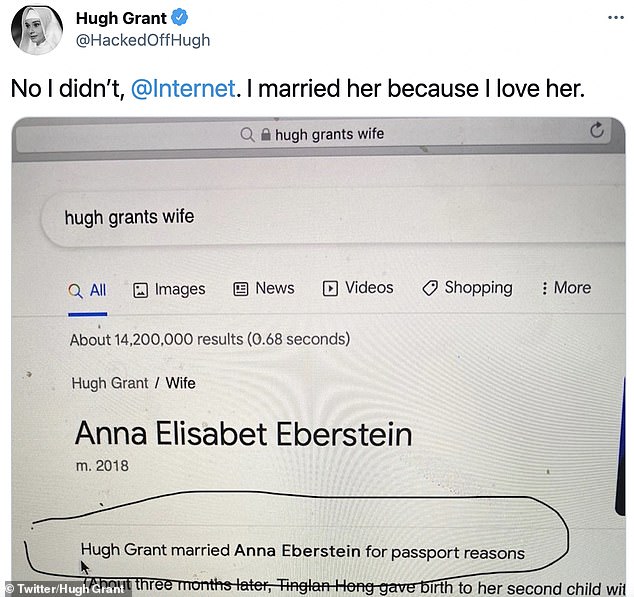 However, Hugh – who previously dated Elizabeth Hurley – has now insisted that he actually didn’t marry for practical reasons and married for love.

After coming across the search screengrab, Hugh shared it via Twitter and fired back: ‘No I didn’t, @internet. I married her because I love her.’

Not stopping there, Hugh was then seen hitting back at a person who joked he had ‘forgotten’ his wife and needed to Google her.

They had tweeted in response to Hugh: ‘Did Hugh Grant forget who his wife is and have to Google it?’

Again, clearing up any confusion, Hugh firmly responded: ‘No. A friend sent it to me.’

On a roll: Hugh was also seen hitting back after someone joked he had ‘forgotten’ wife Anna and needed to Google her

Hugh surprised fans when he married Anna at 57 years old in 2018 – six years after they welcomed their first child together.

They are parents to son John, eight, and two daughters, born in 2015 and 2018, whose names remain unknown.

Speaking about marriage and parenthood in October last year, Hugh reflected on being notoriously known as being a bachelor and insisted his perception of settling down has changed over the years – prompting him to tie the knot. 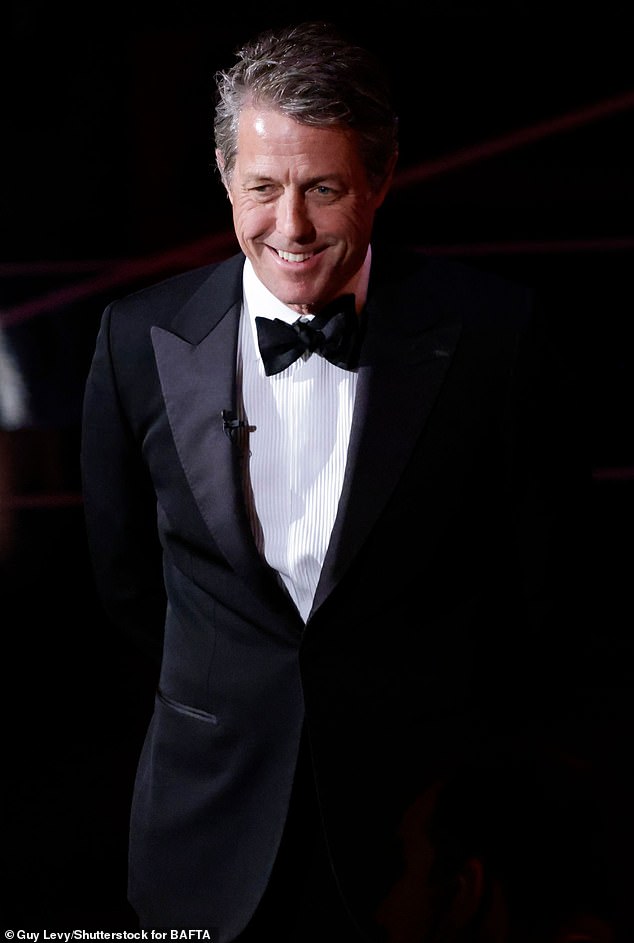 No longer a bachelor: Hugh married for the first time in 2018 and shares three kids with Anna

In an interview with Chris Evans on Virgin Radio, Hugh admitted: ‘Well, I was wrong. I was just plain wrong.’

He said: ‘Children, you know, I used to roll my eyes. People would say, “Oh Hugh, you don’t understand it,” [and] they were right.’

Hugh has previously said that fatherhood is the ‘nicest thing’ to have happened to him.

Speaking in 2018 to People, Hugh said: ‘It was the nicest thing that’s ever happened to me – he said sounding clichéd – but it happens to be true.

‘It’s just lovely to have all that love around. Suddenly you love someone more than yourself. It’s unheard of in my case and they love you and it’s all enchanting.’ 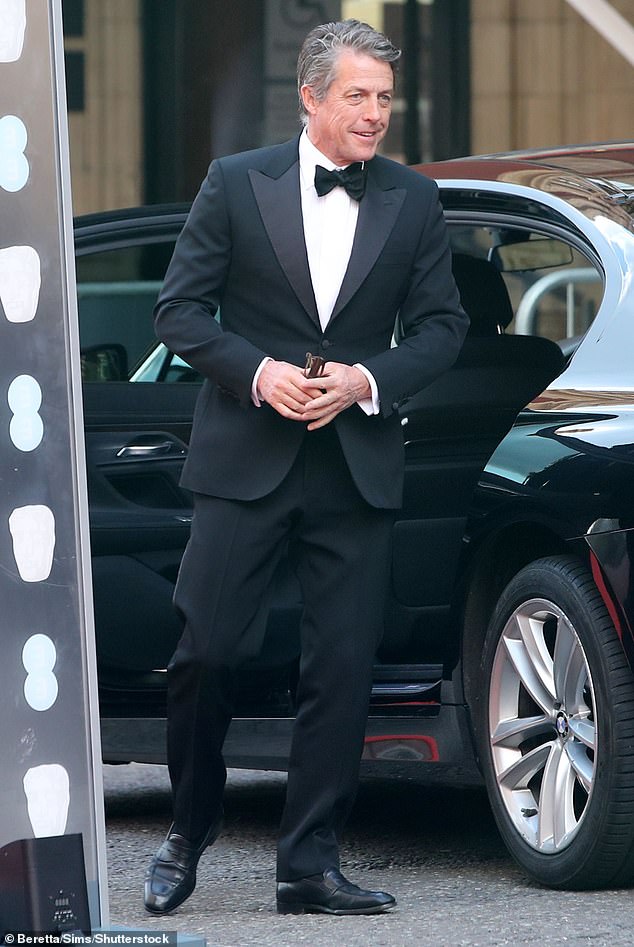 Settling down: Hugh insists his perception of marriage and children has shifted over the years and credits parenthood as the ‘nicest’ thing to happen to him