Hugh Jackman is expected to pocket an estimated $25million if Australian boot and clothing firm R.M. Williams is sold for its expected value of $500million.

The X-Men star owns 5 per cent of the iconic Australian firm and became its brand ambassador in March this year.

The brand is majority-owned by Singapore-based L Catterton Asia, who have been shopping around the brand through investment bank Goldman Sachs.

A sale via auction was expected later this year with estimates of its value put as high as $500 million.

Jackman, 50, became involved with the company as an ambassador after starring in the movie Australia alongside Nicole Kidman in 2007.

Then in 2015 he bought his stake in the firm, setting him up for a lucrative return upon its approaching sale.

‘R.M.’s have been a part of my life across the entire journey, from my early stage days to where I am today,’ Hugh Jackman previously told The Land.

‘It’s an honour to be a part of the R.M.Williams family and to wear the brand’s iconic craftsman boot for the Undeniable Character campaign.’

R.M. Williams was founded in Adelaide in 1932 by the famed bushman of the same name.

The company’s iconic boots are a popular item both locally and overseas, and the brand has stores in New York, London, New Zealand and in Scandanavia.

The brand’s sales increased to from $126million in 2017 to $142million in the most recent financial year. 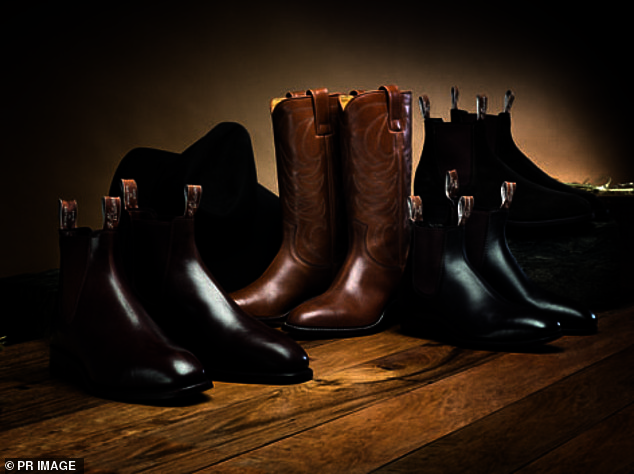 L Catterton Asia – the private equity owners of R.M. Williams – bought a 49.9 per cent stake in the company from former News Corp boss Ken Cowley in six years ago, before it took control of the company together with superannuation fund IFM Investors in 2014.