Human trials for a coronavirus vaccine will begin in Australia today with 130 volunteers trialing a new drug.

The testing will mark the first human trial of a COVID-19 vaccine in the Southern Hemisphere and will take place at Melbourne’s Alfred Hospital.

The NVX-CoV2373 vaccine was developed by American biotech company Novavax and will be tested on healthy volunteers aged 18 to 59. 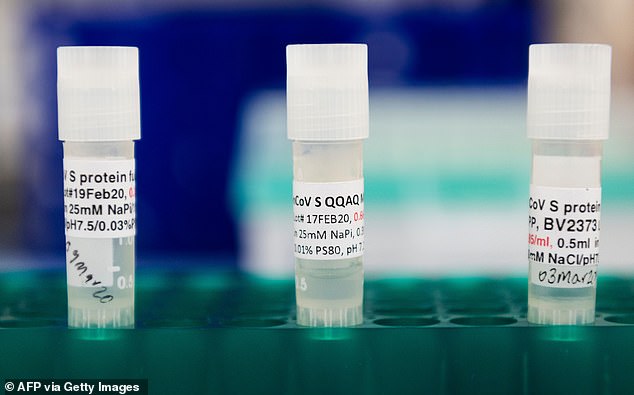 The vaccine stimulates high levels of neutralising antibodies and is aimed at enhancing the body’s immune response.

Clinical research organisation Nucleus Network will run the early stages of testing and expand the trial to clinics in Brisbane within a week.

Infectious diseases expert Dr Paul Griffin from Brisbane’s Mater Health Services is one of the researchers overseeing the phase one clinical trials, which are the first step in human testing.

‘It is very exciting,’ he told Nine’s Today show on Tuesday.

‘Healthy volunteers will receive this vaccine for the first time and it’s predominantly about safety. So we will carefully monitor them throughout.’

Apart from safety, the trials will give researchers initial clues about the effectiveness of the vaccine developed by Novavax.

Novavax expects to have some results to share in July and that could pave the way for phase two trials to look at the impact on people with coronavirus and side effects.

‘We are, in parallel, making doses – making vaccines – in anticipation that we’ll be able to show it’s working and be able to start deploying it by the end of this year,’ Novavax research head Dr Gregory Glenn told a virtual press conference in Melbourne from Novavax’ headquarters in Maryland.

The Novavax trial involves a ‘recombinant’ vaccine created by using genetic engineering to grow harmless copies of the coronavirus spike protein in giant vats of insect cells in a laboratory.

Scientists extract and purify the protein and package it into virus-sized nanoparticles.

‘So it is something almost the same as the surface of the virus but doesn’t contain any live virus,’ Dr Griffin said.

‘Potentially, by the end of the year, there will be a significant number of doses available,’ Dr Griffin said.

About a dozen experimental vaccines are in the early stages of testing, or due to start, in China, the US and Europe.

Preliminary results from the human trial of the vaccine in Australia are expected in July. 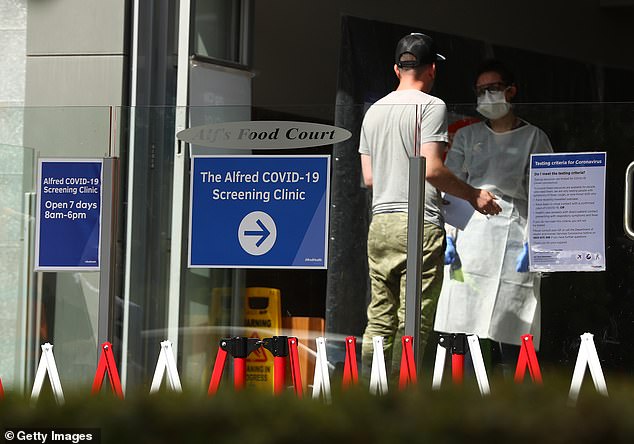 The testing marks the first human trial of a COVID-19 vaccine in the Southern Hemisphere. Pictured: A man being tested for coronavirus at Melbourne’s Alfred Hospital