Fishermen have discovered human remains in a tent near a river, which police say could have been there for years.

Queensland Police are trying to identify skeletal remains found on a remote campsite by the Burdekin River, southwest of Townsville on Saturday.

Detective Inspector Chris Lawson from Townsville said he believed the remains had been there for some time.

‘It would be a significant period of time, I’m estimating years,’ he told reporters on Monday.

Mr Lawson said the skeleton had been in a tent in a very remote location near the small town of Dalbeg.

It was too early to tell how the person died, he added.

‘We still have to obviously go through all the coronial processes to identify anything we can around the deceased person and the circumstances around the death,’ Inspector Lawson said.

‘It is a very remote location along the Burdekin river and these are people who were just walking along looking for spots to fish. 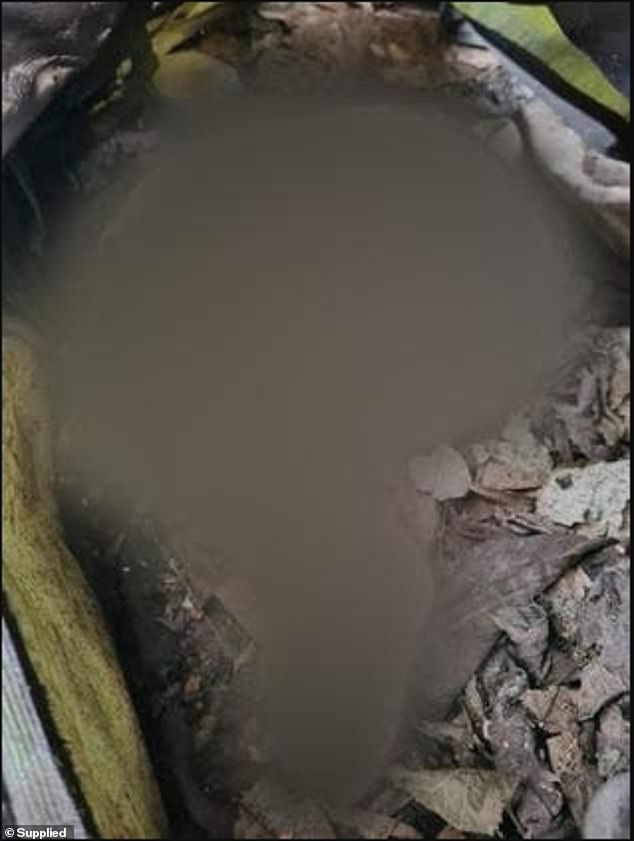 Police are still working to identify the person’s identity, age, gender, and cause of death. Pictured are the skeletal remains

The bones were located on a high part of the river bank and a swag was found nearby.

Police are yet to establish the person’s age and gender and do not have any leads on their identity.

The coroner has been advised and forensic investigations are ongoing.