Chelsea midfielder N’Golo Kante has been hailed by fans as being one of the club’s heroes in their Champions League triumph – and now he has made one supporter’s day by allowing them to wear his winner’s medal.

Taking the time out ahead of France’s Euro 2020 campaign, Kante has been pictured alongside the lucky fan after he was gifted a custom-made shirt modelled on Chelsea’s iconic dark blue strip by him.

In return, Kante has been able to meet the person who put together the top to take photos, and the Blues fanatic was unable to hide a big grin as he kissed the medal to top off the moment. 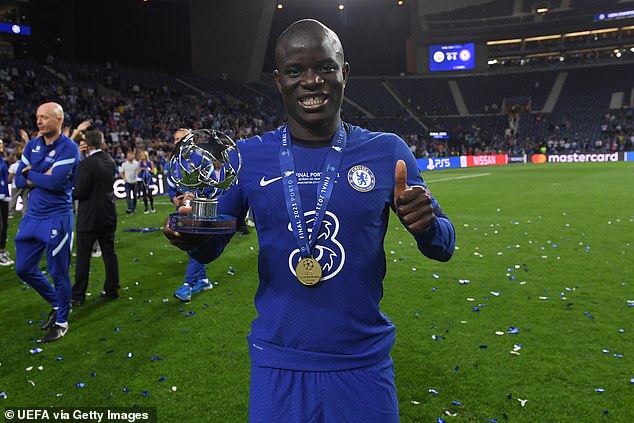 The two pictures were shared on Facebook, and showed Kante standing next to the supporter while holding up the shirt.

Emblazoned on the back of the jersey is Kante’s name and shirt number, and the midfielder also smiled for the camera behind his face mask.

The fan, who is wearing a traditional Muslim thobe, has the medal around his neck in the first snap, and proudly holds it aloft. 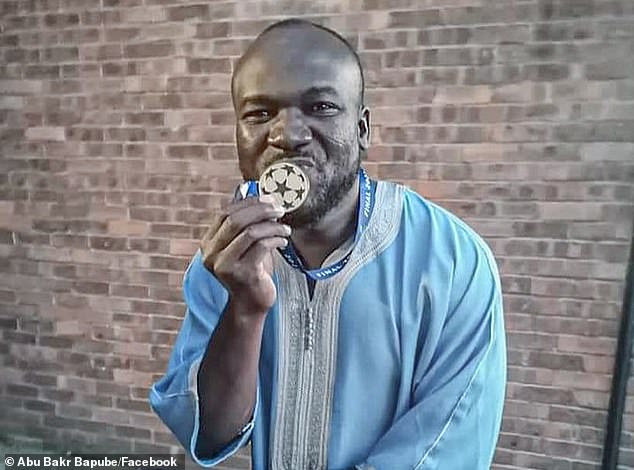 After gifting Kante a custom-made Chelsea jersey, the fan was pictured kissing the medal 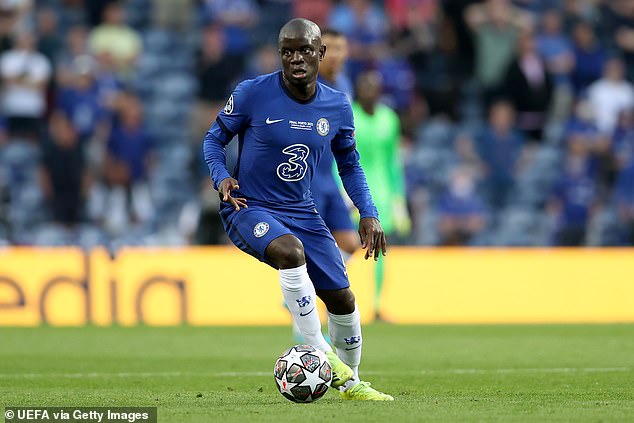 As any true Chelsea follower would do, he then planted a kiss on the gong, which was handed to Kante after their victory over Manchester City in Porto last month.

Kante is often lauded as one of the most selfless professional athletes in the world, and lived up to his lofty reputation with the heart-warming gesture.

And his stunning career reached a new high at the Estadio do Dragao, with the man of the match award handed to him after a formidable and energetic performance.

The former Leicester man was crucial in Chelsea’s route to the showpiece, having also stolen the show against Real Madrid in the two semi-final clashes. 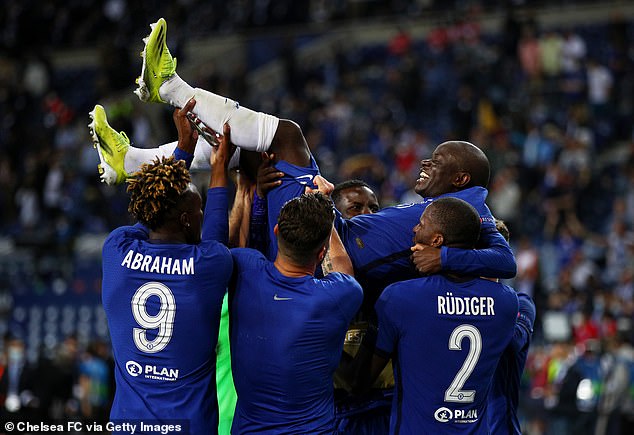 But despite standing out in Portugal during the game, Kante hilariously required some assistance in order to be noticed properly in the post-match celebrations.

The diminutive Kante, who stands at just 5’6, could barely be seen as his team-mates hoisted the trophy into the air, although Kurt Zouma gave him a helping hand.

Centre back Zouma, who had been an unused substitute for the game, lifted Kante into the air at the back of the group. 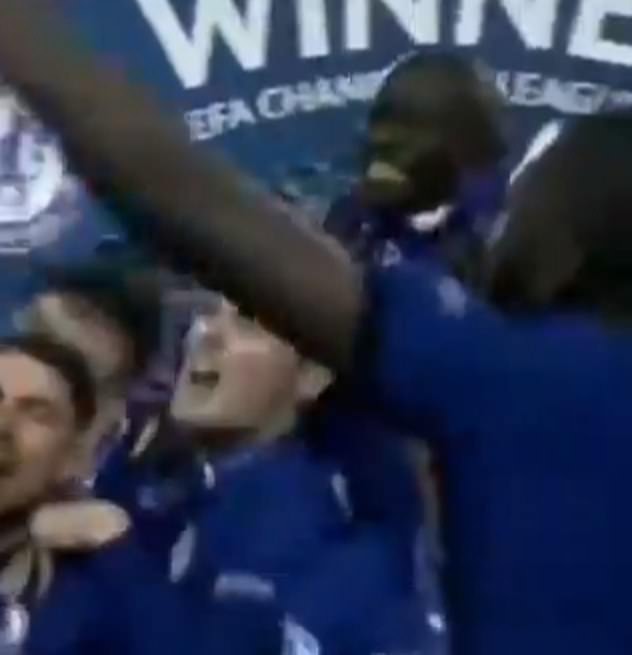 Former Chelsea attacker Joe Cole was on punditry duty for BT Sport and had been quick to lavish praise on stalwart Kante.

‘Kante’s staggering. I’m shattered just watching him,’ Cole said during the live coverage. ‘I played against him in one of my last games.

‘I played with (Claude) Makelele, who I thought was the best until I saw this kid. He’s got Makelele plus extras.’ 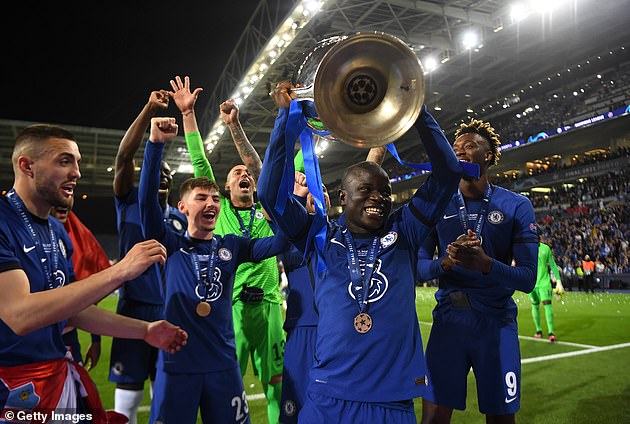 Despite enduring a difficult start to the season, Kante went on to flourish under Thomas Tuchel at the heart of his midfield.

The Champions League win saw Kante add the famous jug-eared piece of silverware to his haul, which already includes two Premier League titles, the FA Cup, the Europa League and the World Cup.

He will hope to add another to his collection this summer at the Euros.