Hundreds of French police rally near the Eiffel Tower

French police officers staged a rally near the Eiffel Tower last night to bemoan a lack of support from the government after ministers banned the use of chokeholds and vowed to stamp out racism in the police.

France has seen a wave of protests against racism and police brutality after the death of George Floyd in Minneapolis – reviving anger over the death of Adama Traore, a 24-year-old black man who died in French police custody in 2016.

But police say they are being unfairly labelled as racist because of a few extremist officers, saying they are under-equipped to deal with violent suspects.

Last night President Emmanuel Macron vowed to be ‘uncompromising’ about racism but said the police ‘deserve public support’ – and announced that statues of controversial public figures would not be taken down.

Meanwhile, Macron’s far-right rival Marine Le Pen said this morning that ‘I do not believe there is racial discrimination in our country’. 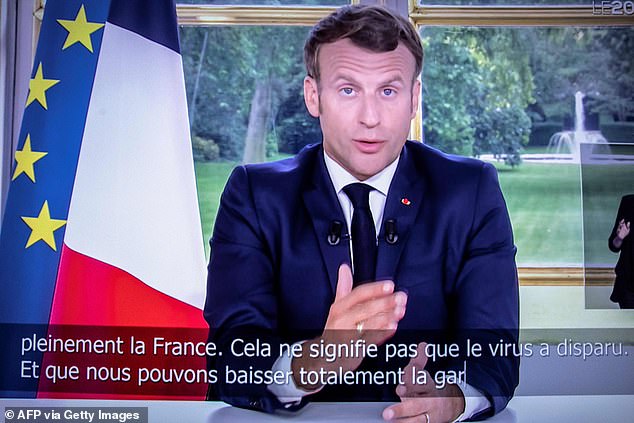 An anti-racism rally in Paris attracted nearly 15,000 people on Saturday as the Floyd protests turn their attention to France’s own tensions between police and minorities.

Human Rights Watch has accused French police of carrying out ‘abusive and discriminatory’ checks on black and Arab men.

Saturday’s march was led by Assa Traore, the sister of Adama Traore who died in custody in 2016 in circumstances that remain under investigation.

‘We are are all demanding the same thing – fair justice for everyone,’ Assa Traore told the crowd.

The government has responded to the protests by banning the use of chokeholds and vowing to stamp out racism among police.

In addition, investigations were recently opened into racist comments in private Facebook and WhatsApp groups.

But those steps have now angered police unions, who say the allegations of white supremacy are unjustified. 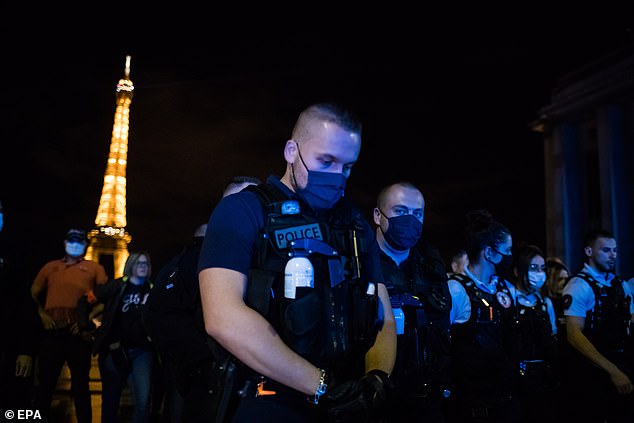 Assa Traore, the sister of Adama Traore who died in French police custody in 2016, raises her arm at a protest in Paris on Saturday 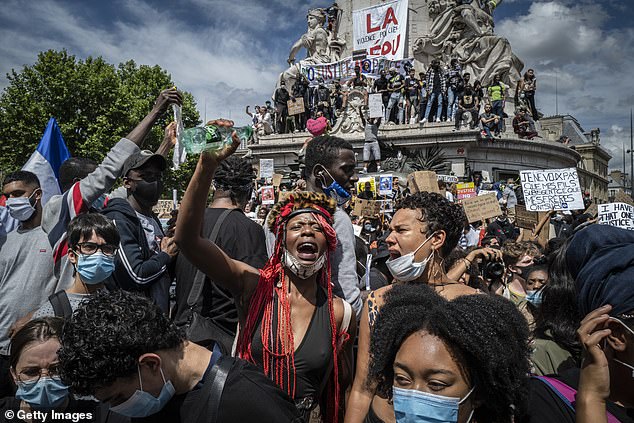 The police protest near the Eiffel Tower last night drew criticism from Assa Traore, who said she was ‘ashamed of the French police’.

‘In the whole world, the only country where police officers demonstrate to keep their permission to kill is France,’ she said.

‘We are not at all reassured by the speech tonight, on the contrary,’ an officer demonstrating near the Eiffel Tower said.

The previous night, several dozen police officers parked their police cars by the Arc de Triomphe and flashed their lights.

In his speech to the nation on Sunday, Macron acknowledged that someone’s ‘address, name, color of skin’ can reduce their chances of succeeding in France.

‘We will be uncompromising against racism, anti-Semitism and discrimination. New decisions for equality will be taken,’ he said.

‘It is necessary to unite around Republican patriotism. We are a nation where everyone – whatever their origin and religion – can find their place.

‘Is this true everywhere and for everyone? No,’ he admitted. 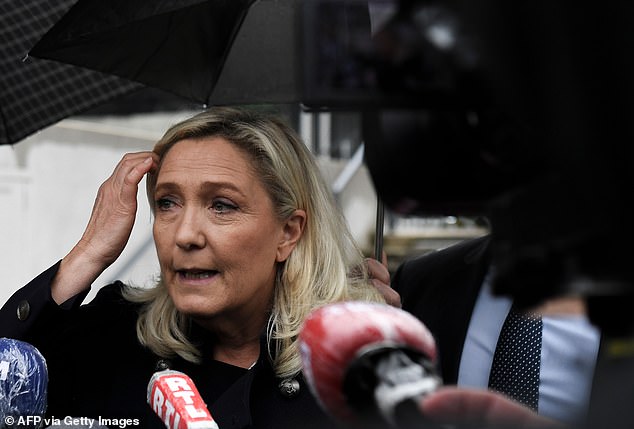 However, Macron defended the under-fire police and said they ‘deserve public support and the recognition of the nation for their work’.

‘Without Republican order, there cannot be security or freedom,’ he said.

The president also rejected calls to take down statues after a series of controversial monuments were toppled on both sides of the Atlantic.

‘The Republic will not wipe away any trace or any name from its history. It will not forget any of its works,’ Macron said.

‘It will not take down any of its statues but lucidly look at our history and our memory together.’

He said this was especially important in Africa, where French colonial rule in several countries left a legacy that remains a subject of anger to this day.

Together, France and Africa need to find a ‘present and a future that is possible on both sides of the Mediterranean’, he said.

Meanwhile far-right leader Marine Le Pen, who was thrashed by Macron in the second round of the 2017 presidential election, has rejected claims of racism altogether.

Speaking to RTL this morning, she said: ‘I do not believe that there is racial discrimination in our country.’