A fight involving hundreds of teens who were scrambling to grab fake dollar bills which they thought was real money at a Queens mall prompted police to shut down stores while officers removed the rowdy kids from the area.

The chaos at the Queens Center in Elmhurst involved some 200 schoolchildren who descended on the mall after being let out of class early on Friday.

In the early afternoon hours, a crush of schoolchildren gathered in the Queens Center food court after rumors of a fight began circulating on Snapchat, according to WABC-TV.

Inside the mall, someone began throwing fake dollar bills over a railing from an upper level, though it is unclear why.

Police were called to the scene at around 1pm. 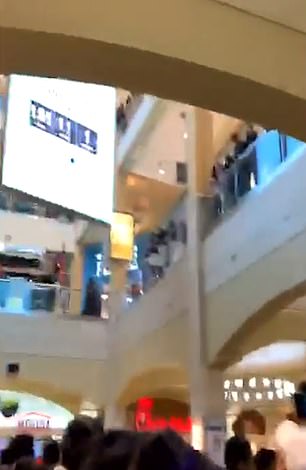 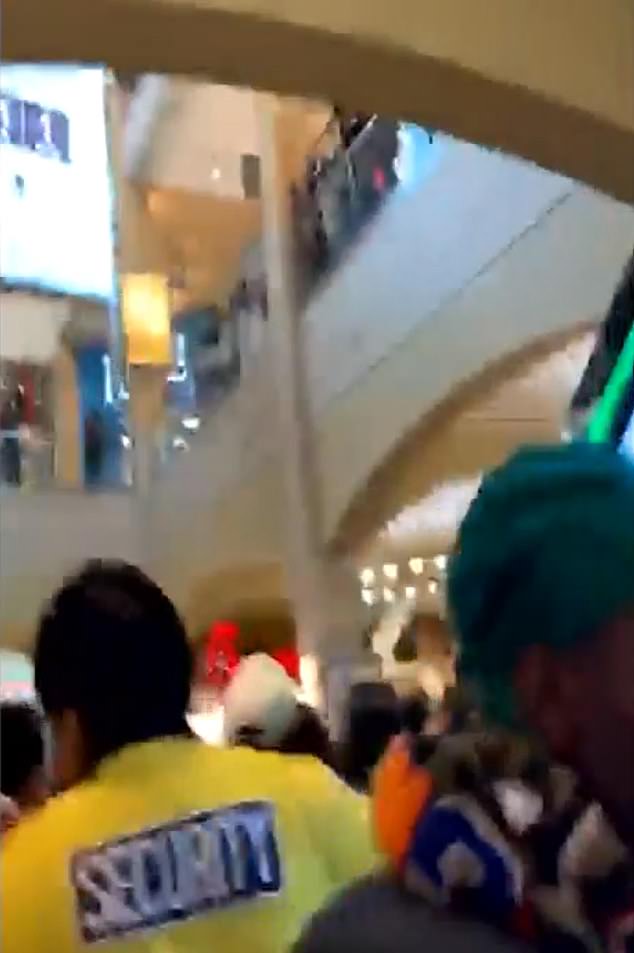 Police were called to the area after reports of a fight. Rumors of a fight began circulating earlier in the day on Snapchat, according to reports

The official Twitter account of the NYPD’s 110th Precinct posted a message which read: ‘#HappeningNow we have a large disturbance at Queens Center Mall.

‘Half-day for our schools has brought a large # of youths to the mall and some are acting disorderly.

‘For now please stay out of the area.’

Two hours later, the NYPD posted another tweet which read: I want to update the public on Queens Center condition…the mall is open and inside is clear. We are still working on clearing the crowd from the surrounding area, just to be safe, please avoid the area and help us.’ 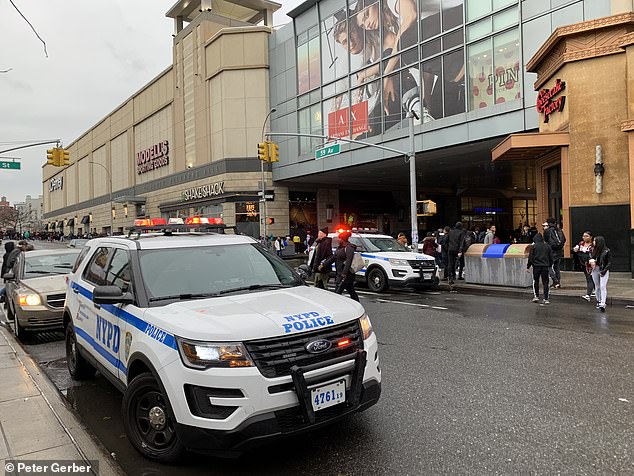 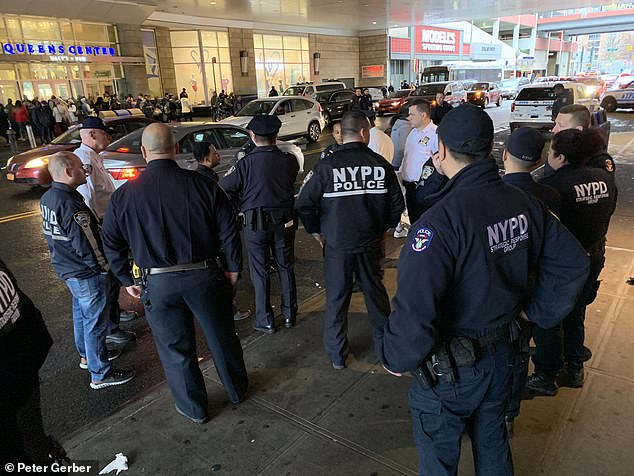 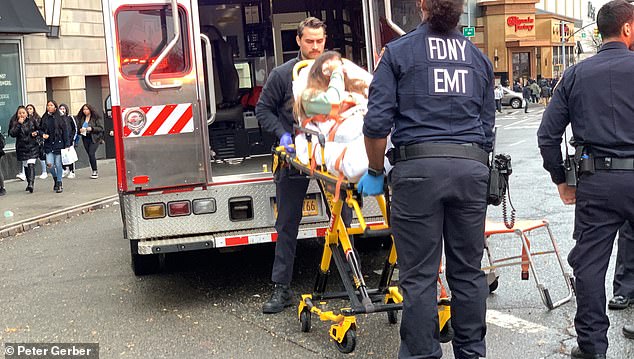 Video captured on a cell phone shows a large crowd of teens gathered outside the mall.

A few of them were seen kicking and punching children who were on the ground.

One teen who was hearing a hooded sweatshirt was dragged into the street by another youth.

Police said four people were injured and one person was arrested.

As a precaution, police did not allow anyone under the age of 18 to re-enter the mall.

A Queens Center spokesperson released a statement which read: ‘We are disappointed by the actions of the teens in our community today and remain committed to providing a safe, enjoyable community destination for everyone.’

The Metropolitan Transportation Authority said that the massive police presence in and around the mall caused delays on three bus lines.