A Pennsylvania dog was left hungry after a bear wandered onto a family’s front porch and made off with their dog food delivery box.

The surprising moment was caught on security camera footage by the Newman family in Lackawanna County in Thornhurst.

The Newman family were expecting a delivery from Chewy, an online pet food and product retailer, when the bear got to it first.

In the video shared by WNEP, the bear can be seen sitting on the Newman family’s porch with its teeth sunk into the delivery box. 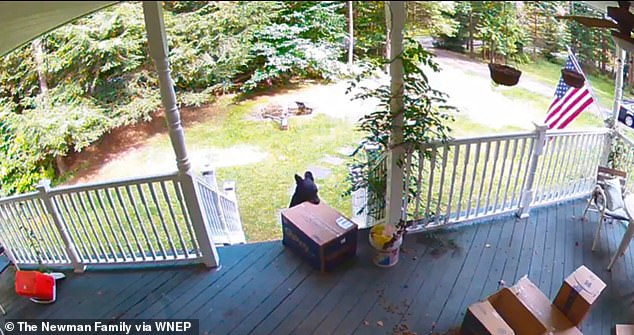 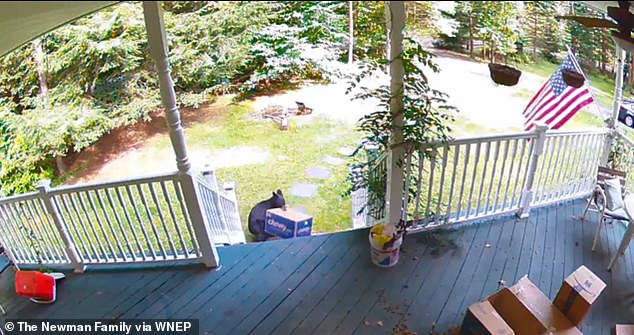 Before they could retrieve the box, the hungry bear wandered onto their front porch and dragged the cardboard box into the nearby woods

Seconds later it uses its teeth to drag the dog food down the stairs before hastily pulling the goodies across the yard and into the nearby woods.

WNEP reports that the Newmans sent the shocking video to pet product retailer Chewy, and the company offered to send a replacement bag free of charge. 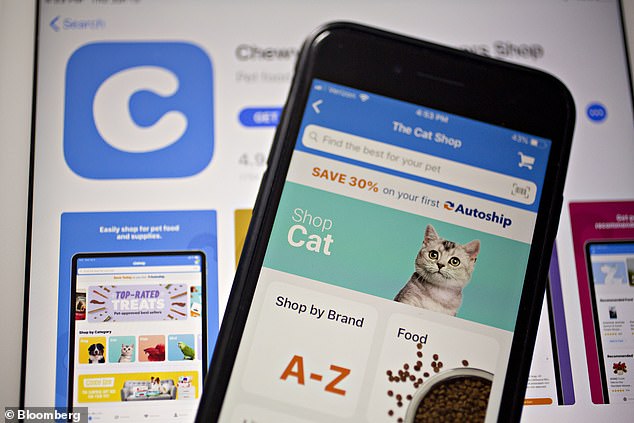 Users on WNEP’s Facebook page shared similar stories of bears stealing food from their homes and applauded Chewy for being so understanding.

One commentor wrote: ‘Not surprising… we had a bear drag our 50lb bag of bird seed away.’

Users who viewed the video on WNEP’s YouTube page made jokes about the whole ordeal.

The Pennsylvania Game Commission estimates that there are 20,000 bears in the state and are exclusively black bears.

The New York State Department of Environmental Conservation reports that food is the main reason for human-bear conflicts.