A search is underway for a man who vanished more than a week ago after he left the Rabbits Eat Lettuce festival on foot, police say.

Bradley Smith, 37, was reported missing after he failed to return to his Nanango home from the music festival in Elbow Valley in Brisbane’s south on April 23.

An extensive search of the area, including ground and aerial sweeps carried out by police and SES, have failed to locate him.

The investigation has been scaled back for a second time following failed searches. 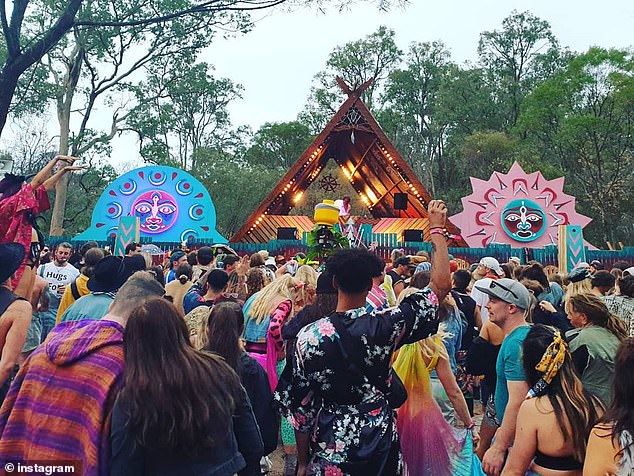 Mr Smith is described as about 175cm with a solid build, fair skin, blue eyes, a beard and long, dark-brown hair usually tied in a pony tail.

Festival staff said the 37-year-old left the event and told his mother he would be unreachable.

‘His father has said that this is not uncommon behaviour for Brad,’ the festival posted on Facebook on April 23.

The investigation has been scaled back for the second time on Thursday, following a failed search by police and SES

‘We also know that he had a shower and took some boots from a neighbouring party [18km away] on Tuesday, leaving a note apologising and asking for them to contact his mum so that he could pay for them.’

Anyone who has interacted with Mr Smith or took photos of him at the festival are urged to contact police.

The festival made headlines after a 24-year-old Maleny man and a 22-year-old Nambour woman were found dead in their tent on Easter Monday.