By Mary Mrad And Thomas Duff For Daily Mail Australia

Police have released a composite image of a man they want to talk to in relation to the brutal assault of a mother who bravely shielded her baby as she was hit with a wooden stake.

The 31-year-old was carrying her five-month-old boy in a baby sling across her chest near Hamlyn Heights – a suburb of Geelong – on Tuesday.

The image released showed a white man in his 40s, approximately 183cm tall, mostly bald with some grey/white hair and has gaunt facial features.

The attacker was also wearing a loose-fitted dark or grey t-shirt at the time of the assault.

The image released shows a Caucasian man in his 40s, approximately 183cm tall, mostly bald with some grey/white hear and has gaunt facial features.

The woman was walking on a popular park track when a man appeared from behind a bush with a stake in his hand and mumbling to himself.

The man struck the mother in the legs and face multiple times while she was shielding her son’s head with her arms.

The man stopped the attack when her wallet fell to the ground. He picked it up and fled, leaving the mother bloodied and bruised. 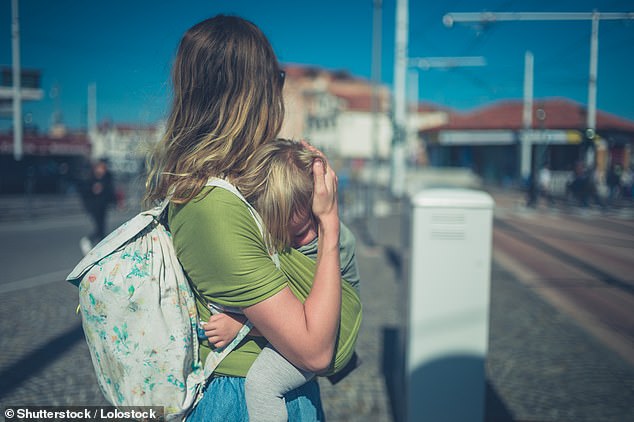 ‘The lady has bled onto her baby which would obviously be very distressing,’ Detective Sergeant Gary Arnold told The Age.

‘It’s a very unprovoked and violent attack which obviously had the potential for serious injuries for the woman and her child.’

Police have begun scouring CCTV footage where the assault took place and urged anyone with information to speak to Crime Stoppers on 1800 333 000. 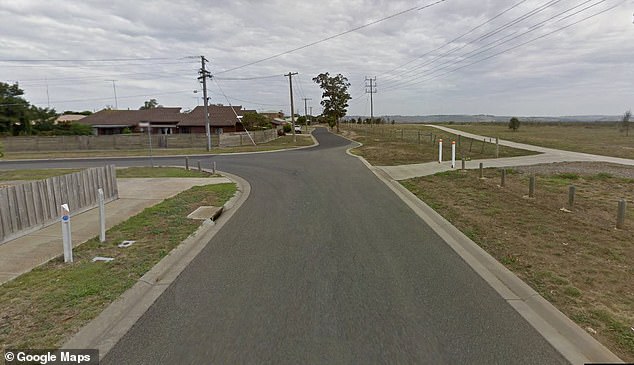 The woman was walking along a track in Hamlyn Heights at 3.25pm when a man emerged from behind some bushes