Hunted star Peter Bleksley has claimed he has a ‘raft’ of information on the whereabouts on Britain’s most wanted man Kevin Parle.

The former Scotland Yard undercover officer has been hunting for Parle for two and a half years.

Parle is wanted in connection with the murders of 16-year-old Liam Kelly and 22-year-old mother-of-three Lucy Hargreaves who were gunned down in Liverpool in 2005.

Bleksley, who rose to fame hunting celebs and fake fugitives for the Channel 4 show Hunted appeared on This Morning today, where he told hosts Phillip Schofield and Holly Willoughby that he’s been researching the case of Parle and writing a book on his findings.

Bleksley said he has a ‘raft’ of information on the fugitive’s whereabouts and claimed people have come to him with tips because officers in the Merseyside Police and the National Crime Agency believe rumours Parle is dead.

He added he will not give up on finding Parle, in spite of receiving chilling threats from online trolls trying to throw him off trail.

Former detective Peter Bleksley was on This Morning today, where he claimed some Merseyside Police officers  ‘choose to believe’ that Britain’s Most Wanted fugitive Keven Parle, who vanished 16 years ago, is dead

‘The crimes speak for themselves: The brutal gunning down of 16-year-old boy Liam Kelly,’ Bleksley told Phil and Holly.

‘Now, nobody has described Liam to me as a model student but nor was I when I was 16, and he was denied the opportunity to grow, to mature, to enter manhood, to find a life partner and to provide for a family, he was denied all of that,’ he added.

‘And then Lucy, the victim of the second crime for which Kevin is hunted, a 22-year-old mother of three young children. And everybody that I’ve met who knew Lucy described her to me as being as beautiful on the inside as she was on the outside,’ the investigator said.

‘Kevin Parle isn’t convicted of these crimes but he is very much wanted for them,’ he added.

The Hunted star added people have come to him with tips, because high-ranking members of the police allegedly believed Parle was dead.

‘I happen to know, courtesy of courageous police officers, both former and serving from Merseyside Police and National Crime Agency that have confidentially spoken to me,’ he said. 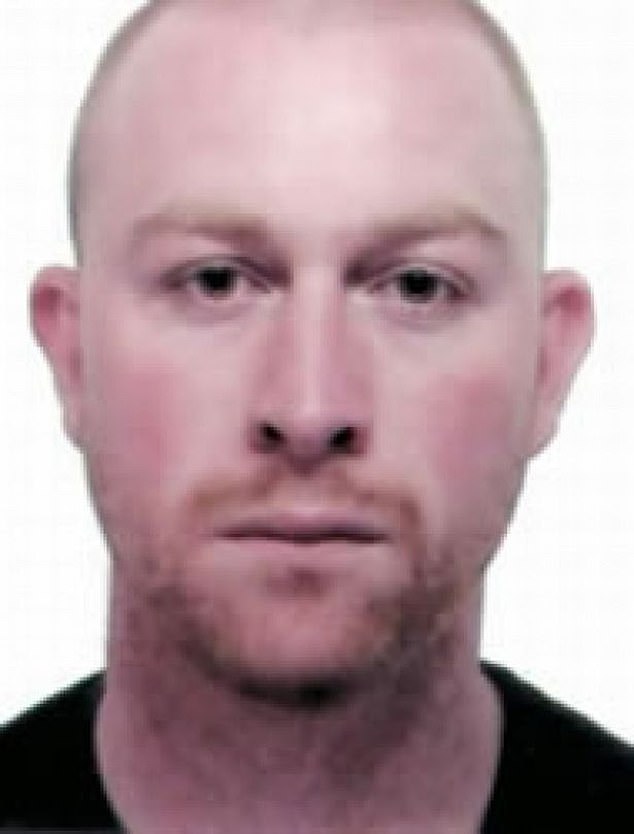 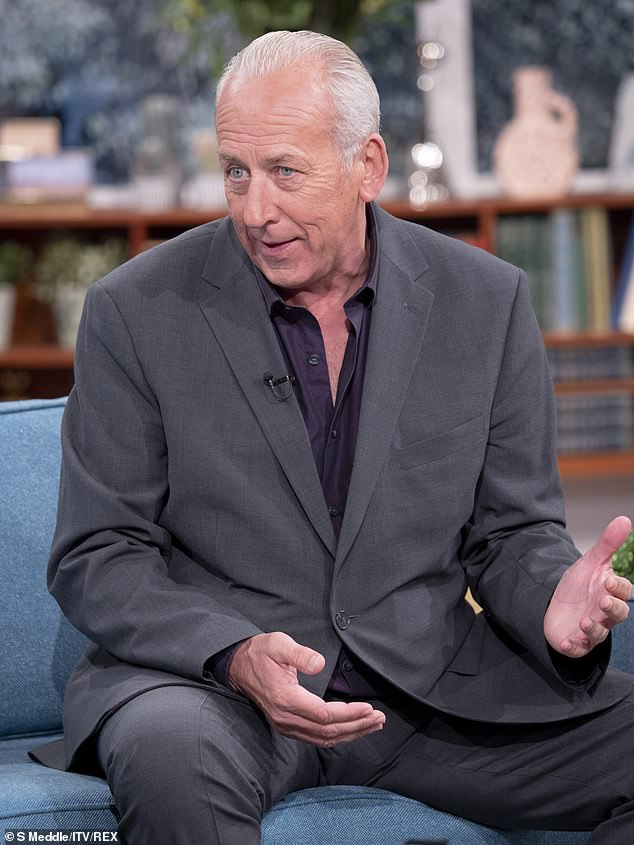 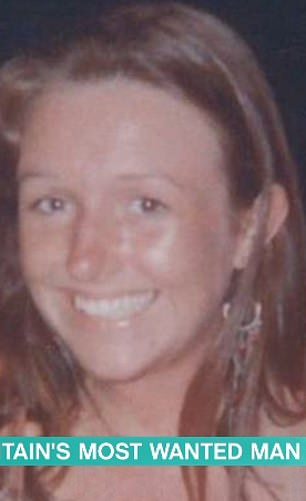 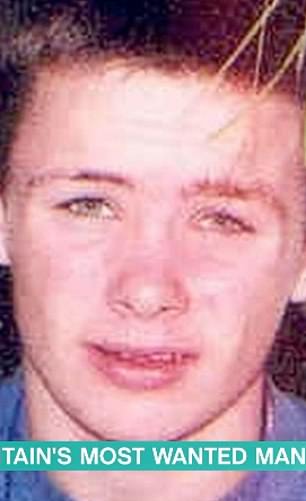 Lucy Hargreaves, a mother-of-three, left, was shot and set alight at her home in 2005. Liam Kelly was gunned down a year before

Who is Britain’s most wanted man Kevin Parle?

Parle has been on Britain’s Most Wanted list since 2005, following the murder of Lucy Hargreaves in 2005.

Kevin Thomas Parle, 35, fled Liverpool, more than a decade ago after he was arrested in relation to the murder of Liam Kelly, 16, who was shot twice as he tried to escape two armed men in the streets in 2004.

Parle, who has been the target of a global man hunt, is also suspected of killing mother-of-three Lucy Hargreaves in 2005 – a year after the death of Mr Kelly.

The 22-year-old woman was shot at her home in Walton before her body was set alight as her partner, the suspected target of the fatal attack, and her two-year-old daughter escaped out a window, the Liverpool Echo reported.

While Parle was thought to be holed up in the Torrevieja area of Spain’s Costa Blanca coast, there have been sightings of him thousands of miles away in Australia.

Police have warned that the 35-year-old is considered highly dangerous and have urged the public not to approach him and instead contact the authorities immediately.

Parle is white with blue eyes, a broad build and a one inch scar on the left side of his head.

He is around 6ft 1 inches tall and was known to have cropped ginger hair, but the style and colour may have changed over time.

‘There are certain bosses within Merseyside Police that choose to believe the convenient rumour that Kevin Parle is dead, whilst not producing one shred of evidence to support that.

‘And I’ve spoken to the man who’s responsible for spreading that rumour, four days after he got out of prison,’ he added.

‘I have considerable amount of evidence that categorically state that he is alive,’ Bleksley added.

The investigator and author added he has experienced ‘unpleasantness’ since looking into the Kevin Parle case.

‘In the last two-and-a-half years hunting for Kevin Parle, yes, there’s been unpleasantness come my way,’ he added.

‘People have trolled me and abused me online. In fact, on a couple of occasions, people have posted people of my house and on one occasion, with an accurate description of the bedroom I sleep in.

‘So clearly there are people out there who want to throw me off the trail, but they are failing,’ he said.

Bleksley added a ‘considerable’ amount of people have come to him with information about Parle.

‘I have been been given a raft on information, some maybe accurate, some less so,’ he said.

‘But I am continuing to research that,’ he added.

The former detective said he had received information that Parle has been in Thailand and Spain while on the run and claims there was ‘strong indicators’ he has been in Dubai and Australia.

Viewers were impressed with Bleksley’s interview, and said they admired the former Scotland Yard detective.

‘Loving that Peter Bleksley is on This Morning today, his hunt for Parle needs more publicity. His podcast is incredible and I’m so invested in this story,’ another wrote.

‘Peter Bleksley is amazing; such a good detective. He was brilliant on @Jaacks Happy Hour,’ one said. 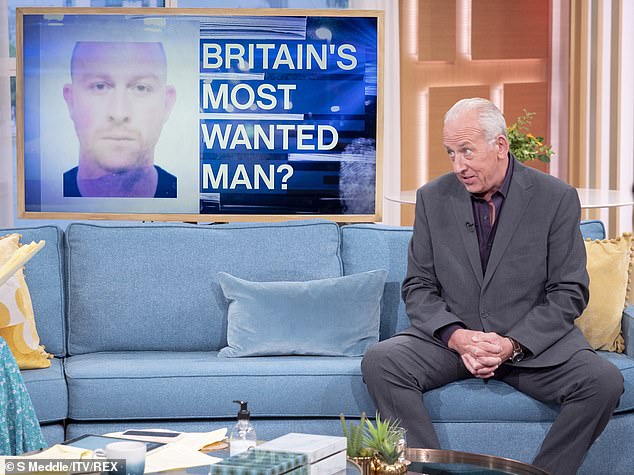 Bleksley said he won’t let international trolls throw him off rail, and added he has ‘a raft of information; about Parle’s whereabouts