Huntsman and redback spider battle inside a letterbox

A mother who opened her mailbox to find the nightmarish scene of a deadly redback spider killing a huge huntsman inside it was surprisingly ‘delighted’ by her discovery.

Amie Dreyer, from Mullumbimbi in New South Wales, was collecting her mail from a large outback style letterbox when she came across the David and Goliath battle.

Despite both Australian arachnids being widely feared, the 43-year-old counsellor refrained from going postal – and said she was more excited than anything by the skin-crawling sighting.

Warmer weather has driven cold-blooded animals like spiders out in the open to look for shelter or a mate, spinning many into a web of fear as the uninvited guests make themselves at home. 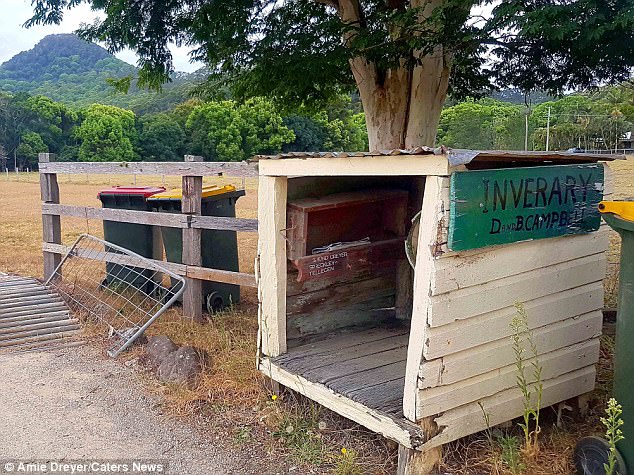 But animal-lover Amie, who described the scene as ‘beautiful’, was thrilled because she hasn’t seen the species of creepy crawly in her neighborhood for over 20 years.

‘I was really delighted. I love things like this,’ she said.

‘There’s heaps of wildlife on the move lately. The first thing I thought was “Oh my god, that’s so beautiful”.’

‘After I took the first photo the redback retreated into its lair and I realised I would be putting myself in danger if I got too close.

‘I thought about putting a message on my letterbox for the postman but I then I probably wouldn’t get my mail.’ 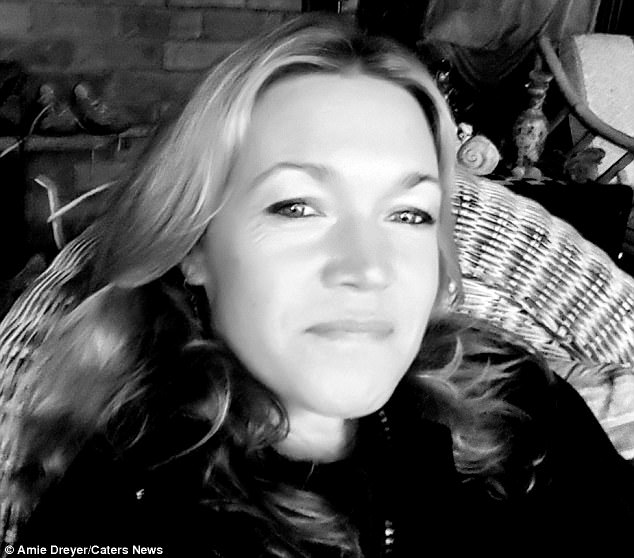 The 43-year-old counsellor said her first thought after seeing the deadly spider battle with the much larger one was: ‘oh my god that’s so beautiful’ 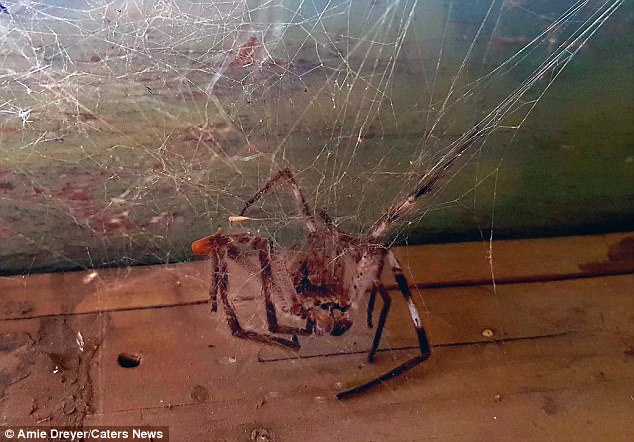 The huntsman spider met his downfall after becoming trapped in the redback’s web. The redback quickly jumped out and bit its nemesis, injecting deadly poison into its body

The huntsman got too close to the redback’s web, trapping itself before the smaller arachnid leapt out of its nest and poisoned it.

So strong is the redback’s venom that the huntsman was slowly liquified inside until the unlikely vanquisher could drink its flesh.

Huntsman are Australia’s largest spiders and can grow up to 20cm in leg span, however their bite is non-venomous.

Redback spider bites can be lethal to humans.  Last year, a 22-year-old backpacker was killed by the arachnid’s venom during a bushwalk. 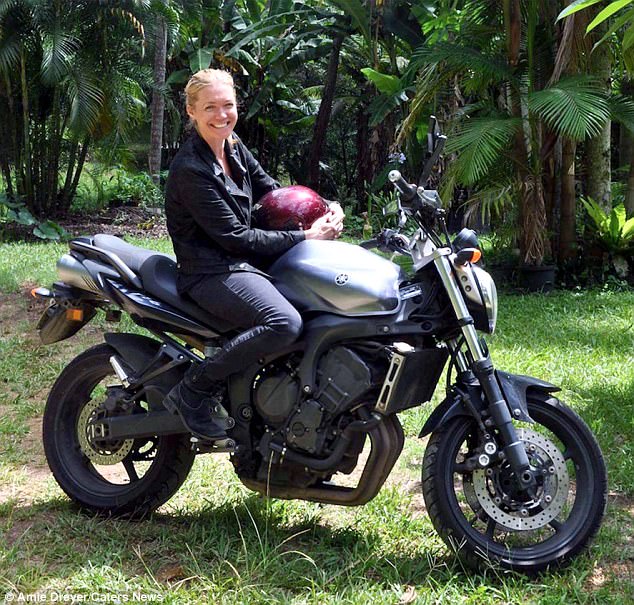 Amie said the venom of the redback is ‘amazing’ in its potency. The spider’s bite can kill humans as well as other animals much larger than it 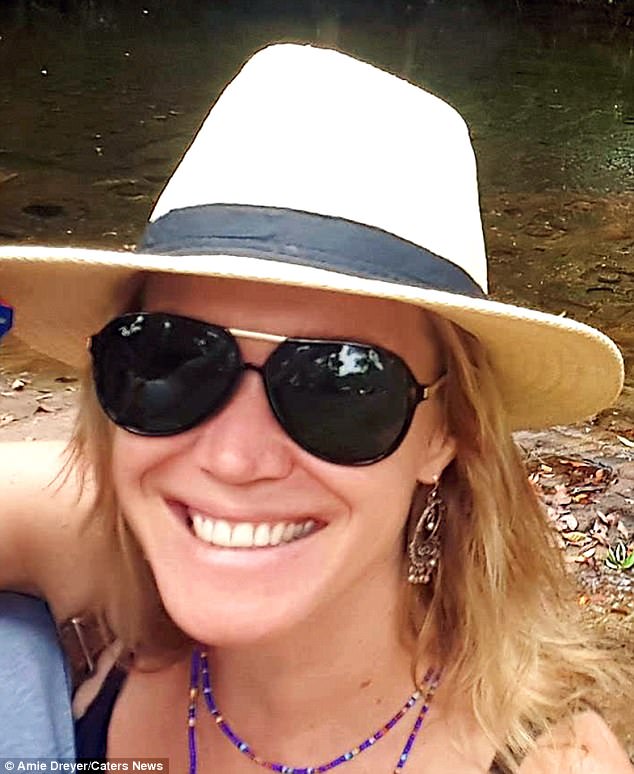 Since securing its prey, Amie says the spider has been sitting in its nest and relaxing

However they are only aggressive if their web is disturbed and sometimes give a warning bite without any venom as a threat.

Amie said: ‘They have a pretty amazing venom. They can make you very sick and even kill a baby or an old person.

‘It has just been lying back in its nest now. It knows it doesn’t have to eat for a while so its just taking its time. It’s a very big, beautiful healthy looking redback.

‘It’s an amazing thought, if you think of what it would take for the redback to nab something that much bigger than it is.’ 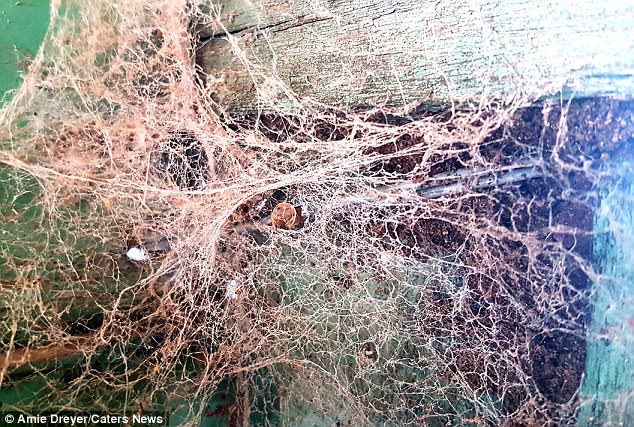 Amie’s letterbox is covered in cobwebs, with small white sacks attached holding the eggs of spiders