Huntsmum! Massive huntsman spider and her spawn are found lurking on a children’s trampoline

Huntsmum! Massive huntsman spider and her spawn are found lurking on a children’s trampoline

A massive huntsman spider has been caught on camera spawning her young on a trampoline in South Australia.

A Reddit user posted the photo on Wednesday evening which shows the enormous spider dangling upside down from the metal frame of a trampoline.

Hundreds of tiny baby spiders surround her and several seem to be ‘sky diving’ to the ground.

And that certainly seemed to be the case, with comments ranging from admiration to pure horror.

‘This photo totally freaks me out!’ one user wrote.

Comments on the photo ranged from admiration to utter disgust. Some said the image was ‘creepy’ while others called the offspring ‘cute little darlings’

While another said: ‘Oh my god, something just landed on the back of my neck!’

Others, however, appreciated the scene, calling the beautifully shot photo ‘awesome’.

Huntsman spiders are known to be the gentle giants of the arachnids, but when a female is minding her young she can become aggressive.

Female huntsman spiders lay up to 200 eggs in a sac which they guard for around three weeks. 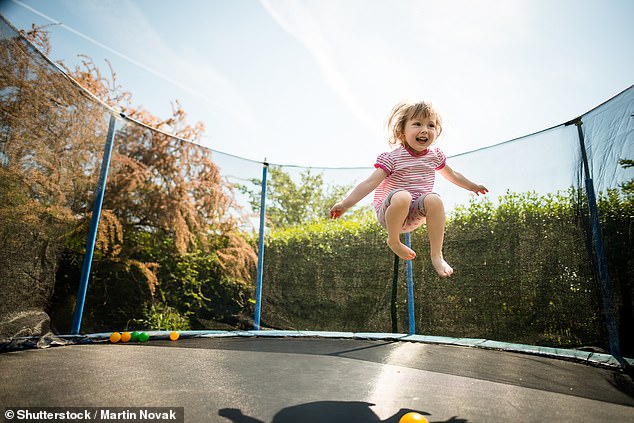 When the babies are ready to hatch, some mothers will tear the egg sac open to help the spiderlings emerge.

Huntsmen are small and pale when first-hatched, and their mother stays with them for several weeks until they shed their pale skin and it hardens to a darker brown.

The average size of a fully grown huntsman spider is around one inch long with a leg span of up to five inches, however giant versions of the species can have leg spans of up to 12 inches.