Hurricane Irma before and after images

Thousands of people across the Caribbean are now starting the long process of rebuilding their lives after Hurricane Irma, which first made landfall on Barbuda on Wednesday, with winds of up to 180 miles per hour.

As the skies cleared late last week, satellites were able to capture the destroyed landscapes of islands such as Tortola, Turks and Caicos, Barbuda and Necker – the private island owned by British billionaire Richard Branson.

Comparing these new snaps with images taken before the hurricane hit, it becomes clear that it will take huge international efforts – and billions – to restore the islands to their former glory.

Whole towns in the archipelago have been left in tatters, and what once appears to have been beautiful harbours and beaches, are now just filled with debris. 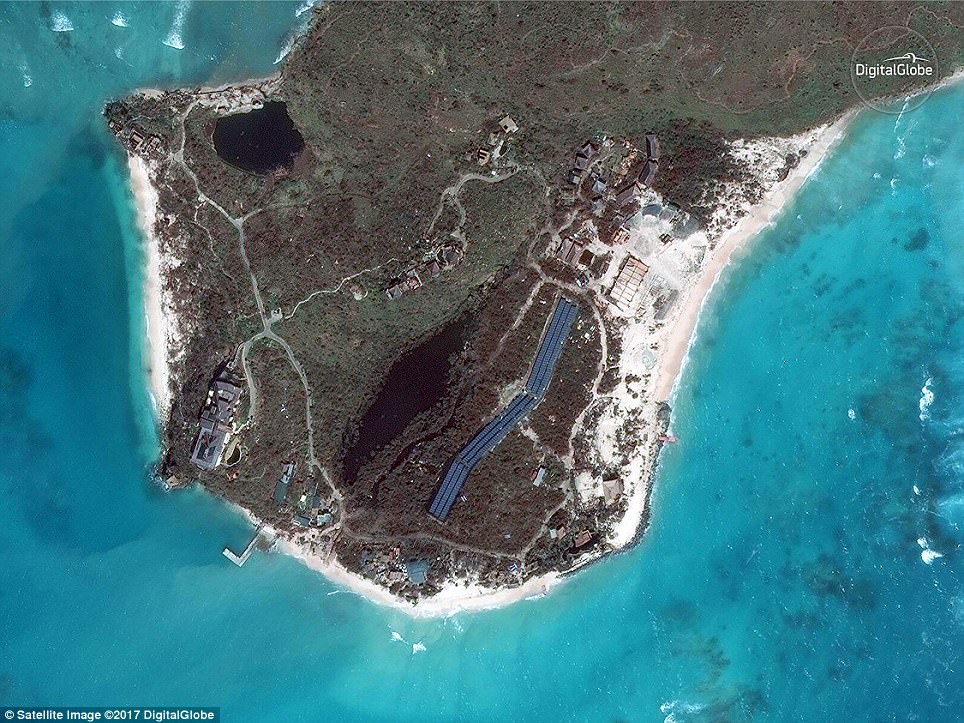 Necker Island, the home of tycoon Sir Richard Branson’s luxury resort, is pictured in November 2016, left, and on September 9, right, after the hurricane struck 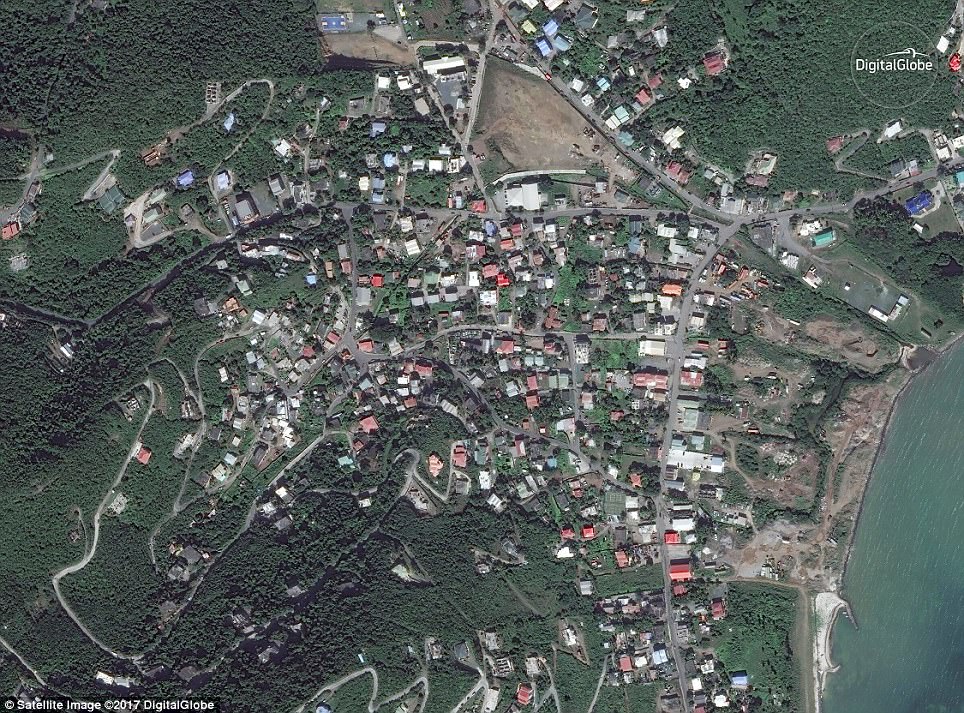 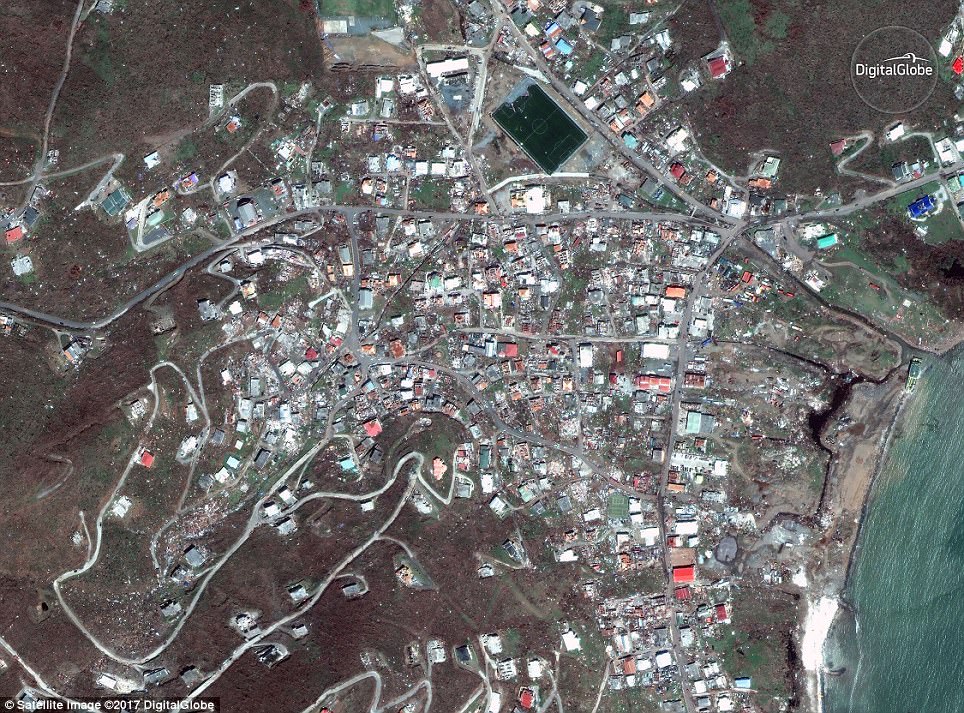 These images show Parham Town, on Tortola, the largest of the British Virgin Islands, left in November last year, and right on Friday in the wake of Hurricane Irma 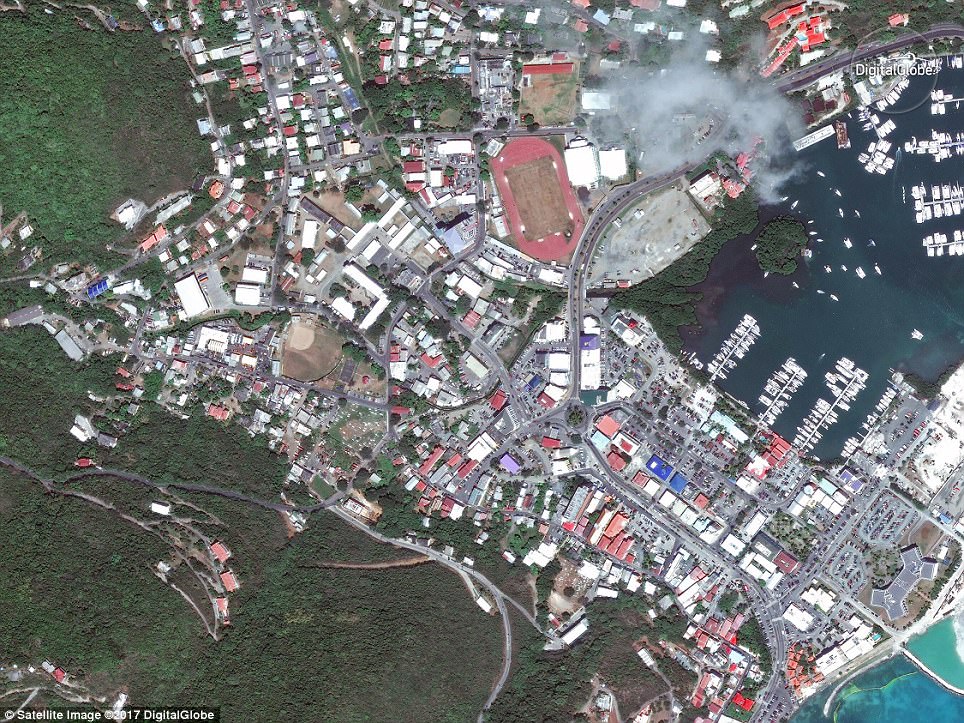 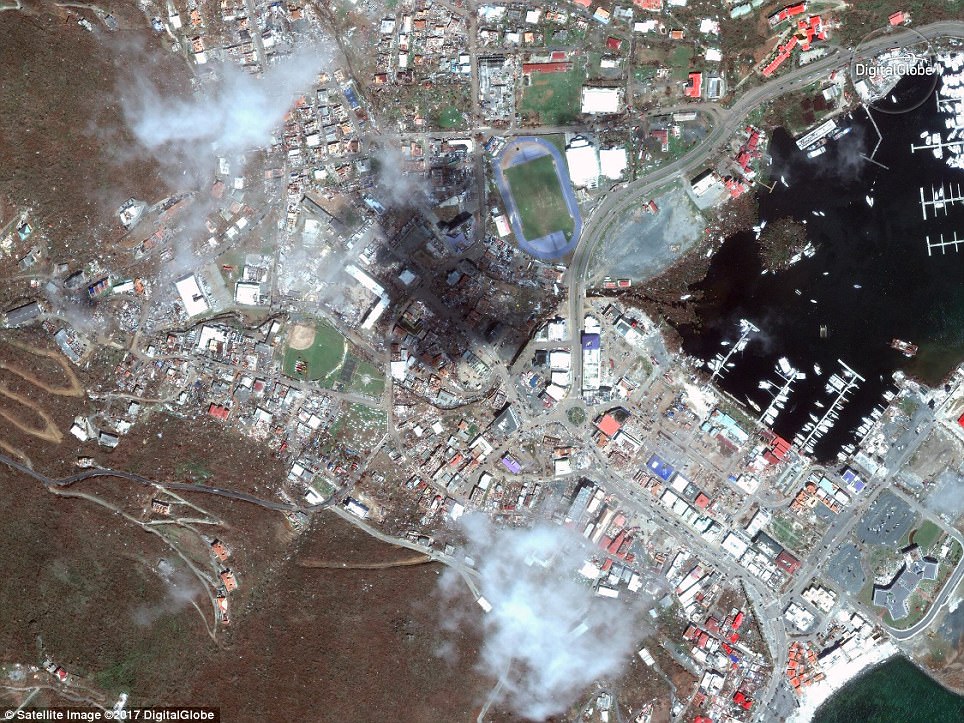 The overhead comparison pictures show how the marina at Road Town on Tortola in the British Virgin Islands was left in ruins. It is pictured before and after Hurricane Irma hit

The 74-acre Necker Island, now a luxury holiday home for Branson and his family, is part of the British Virgin Islands, an archipelago home to some 28,000 people where at least five people died as a result of Hurricane Irma.

As of late Monday, the Hurricane Irma death toll was around 40, and the damage caused to buildings and infrastructures expected to be several billion pounds.

Some 14 people died on St Martin – divided between France and the Netherlands – and Saint Barthelemy.

France and the Netherlands are rushing in logistical support, as well as hundreds of extra police amid reports of looting. 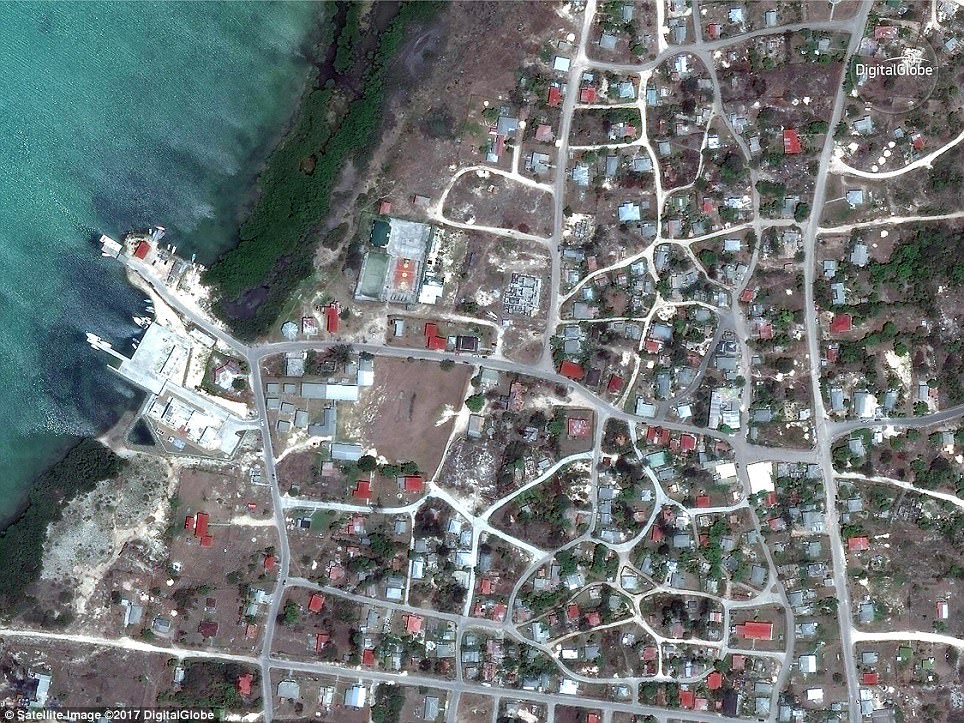 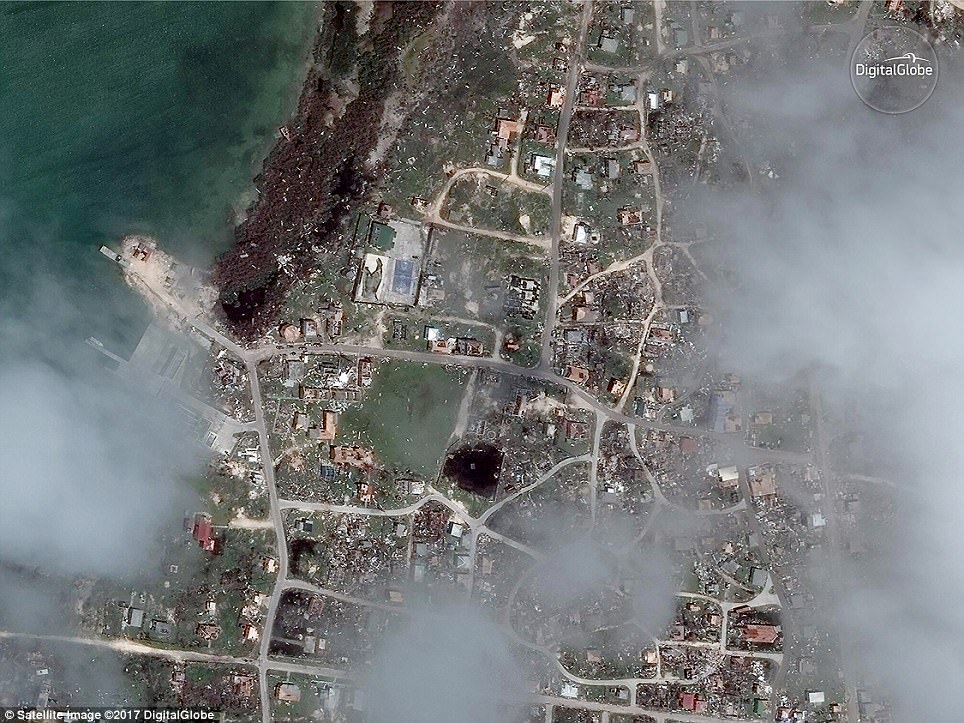 Aerial photos show how the town of Codrington looked on the hurricane-hit island of Barbuda before the storm, left, and after, on the right 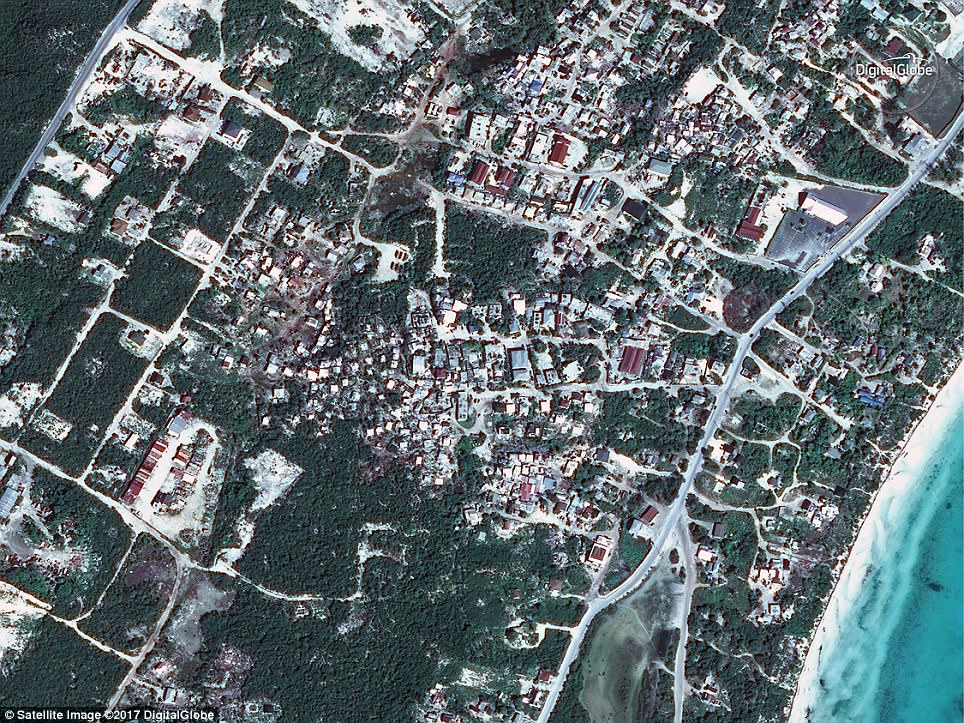 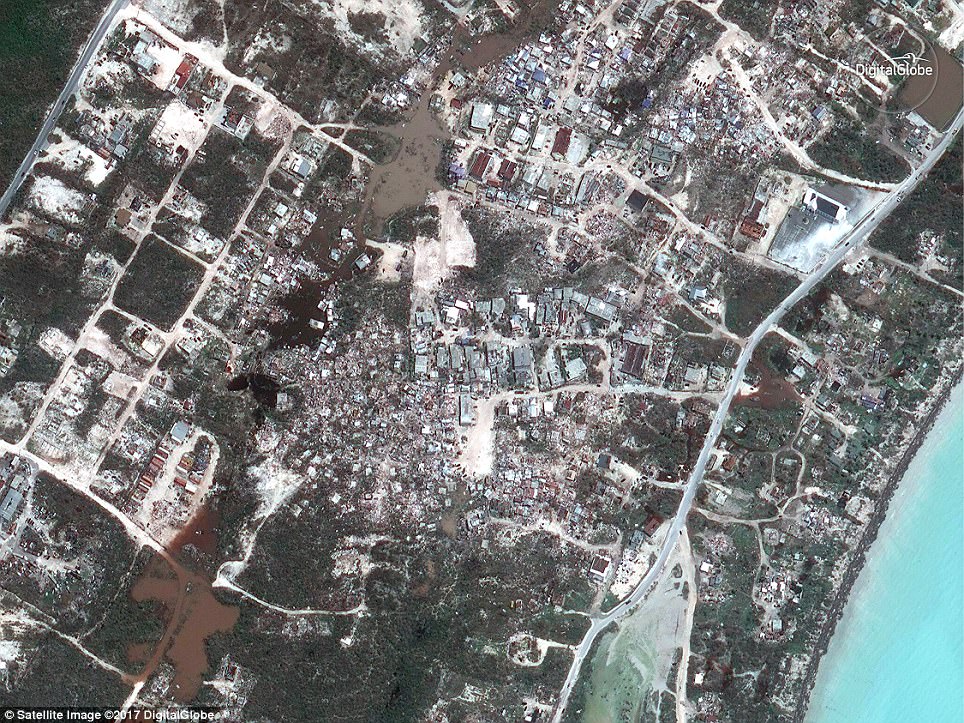 Another combination of satellite images provided by DigitalGlobe shows Providenciales, in Turks and Caicos Islands on January 1, 2016, left, and on September 10, right, after the storm had hit 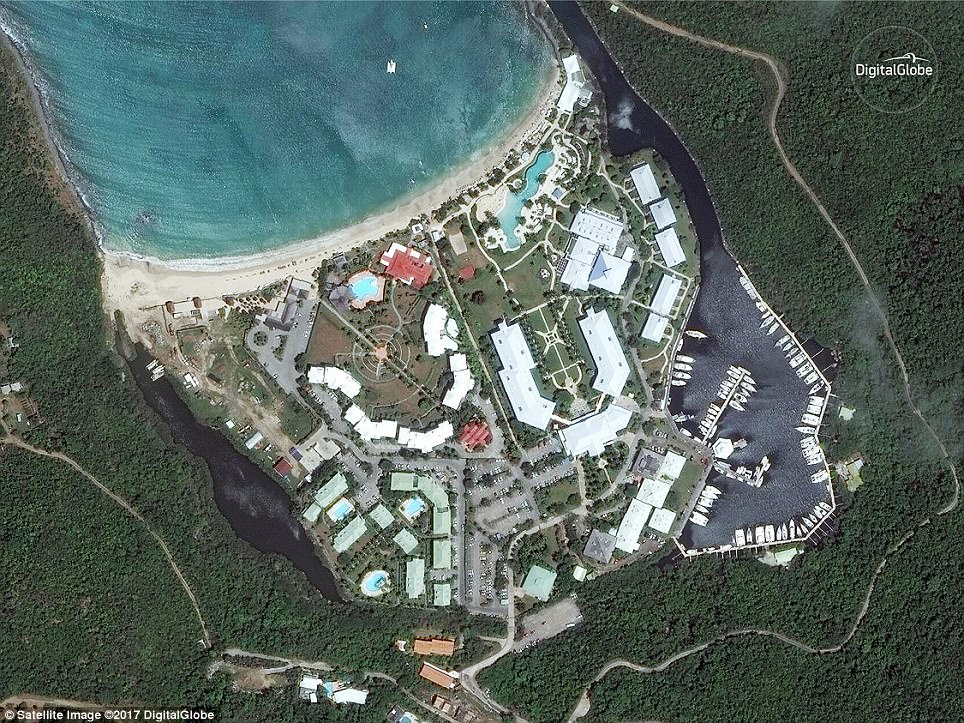 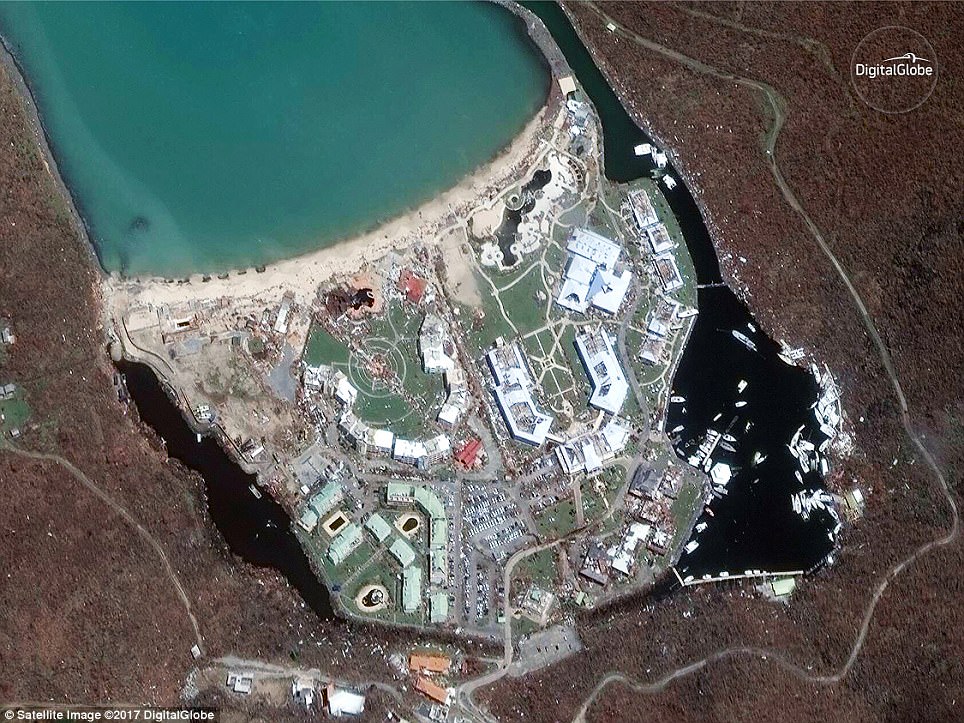 Before and after satellite images reveal the extent of the damage caused to Anse Marcel on the island of St. Martin

Elsewhere, around 20,000 people were evacuated in the Dominican Republic, the eastern part of Hispaniola island, which is shared with Haiti.

Irma caused at least one fatality, with another person missing, but passed further north than had been feared.

Authorities said 5,000 houses flooded, while 8,000 families were declared disaster victims after their homes were severely damaged or destroyed. 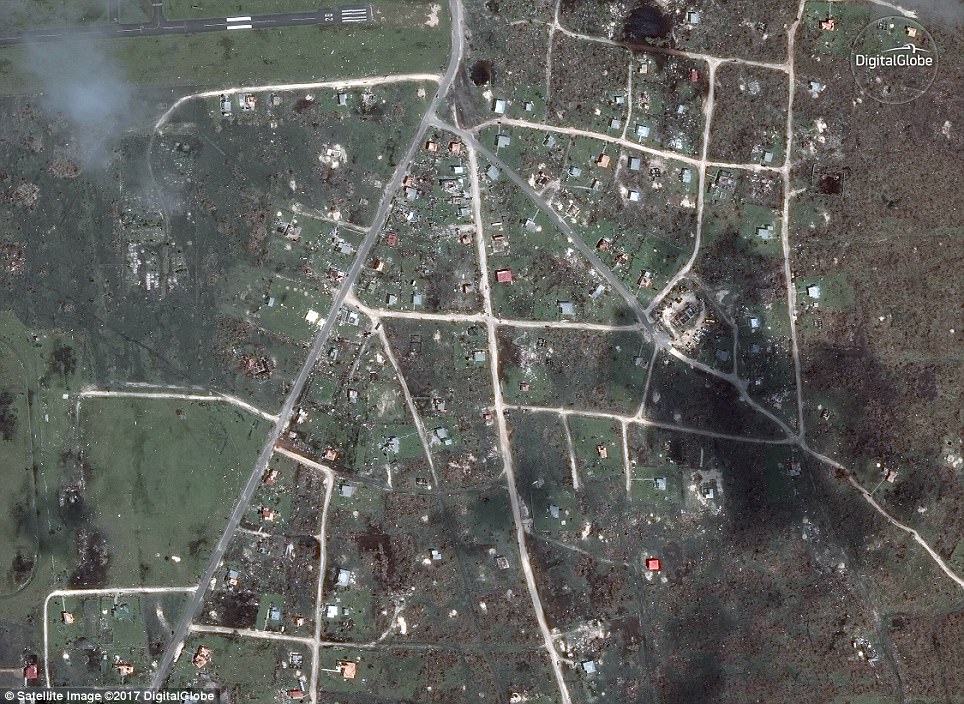 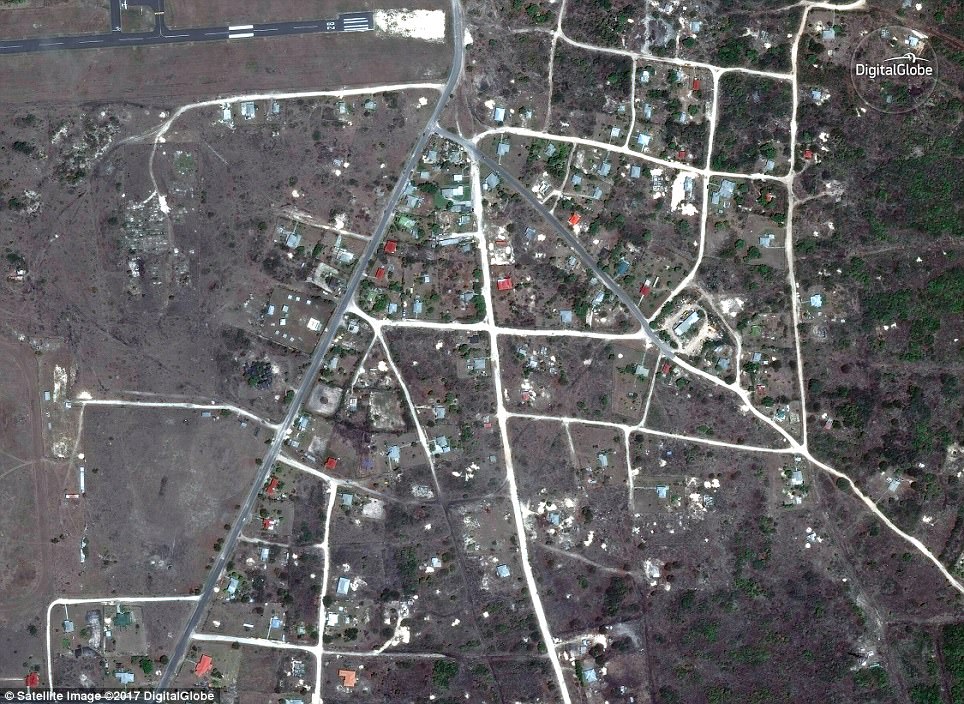 Codrington in Antigua and Barbuda, seen left on April 24, 2014 and right, last Friday, after Hurricane Irma 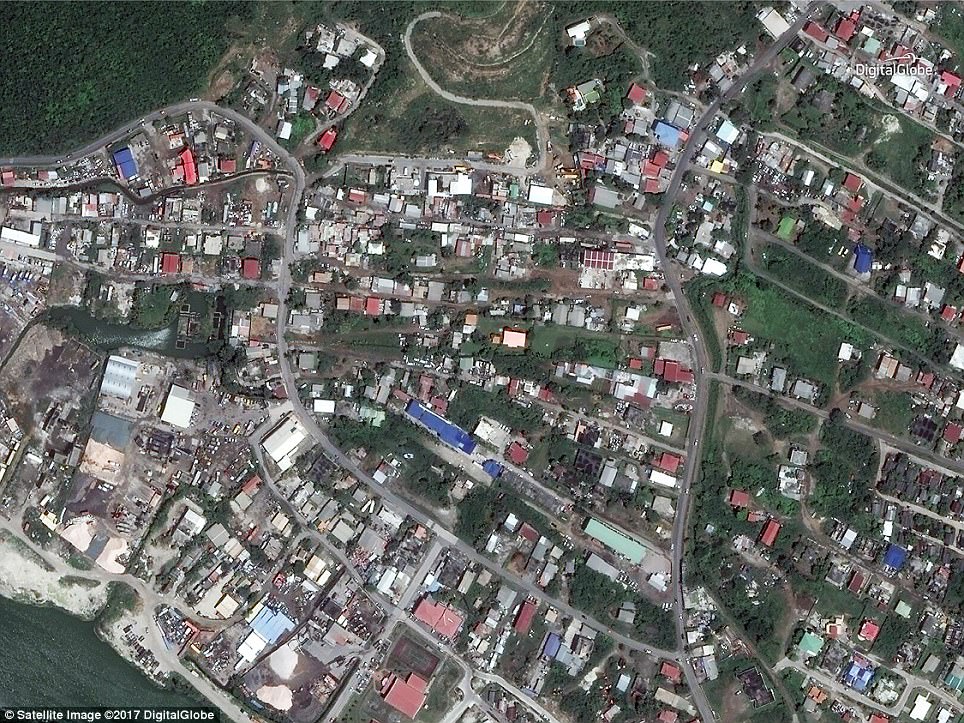 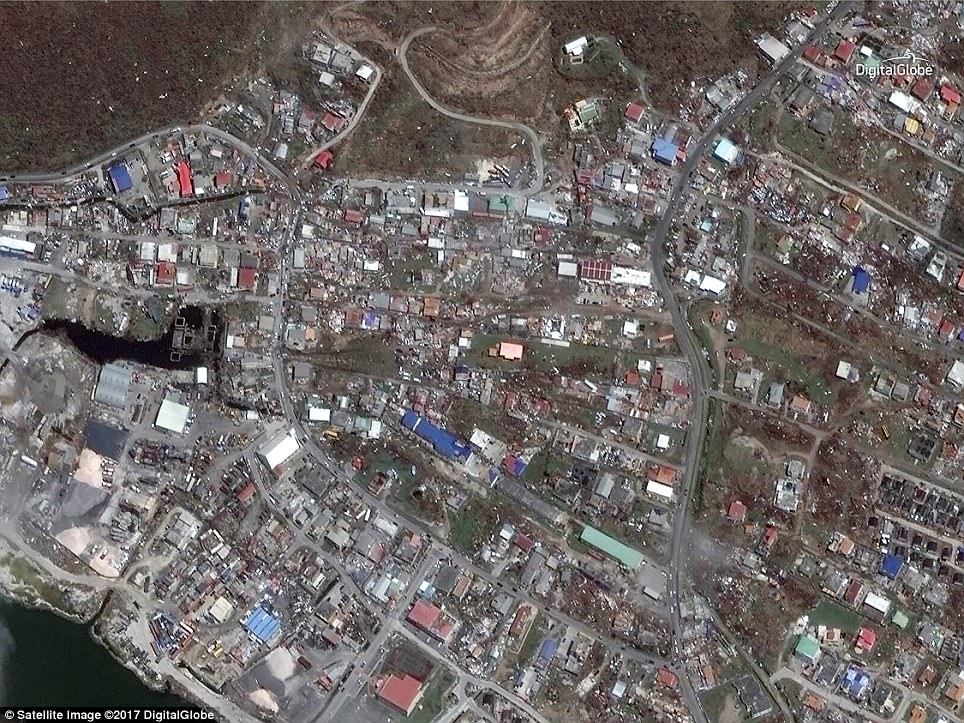