The REAL Lady and the Tramp: Woman who invited homeless man to live in her marital home before marrying him three years after her husband’s death is left heartbroken as he dies aged 92

A woman who married a homeless man she found rifling through her bins has been left heartbroken after he died two and a half years after they tied the knot.

Joan Neininger and Ken Selway struck up a long-running friendship after she saw him on the street outside the bookshop she ran in Gloucester in the 1970s.

The pair were married in 2017 in a story which captivated locals and was dubbed ‘a real-life Lady and the Tramp’.

But Ms Neininger, now 91, has now spoken of a grief after her husband tragically passed away from pneumonia last week aged 92. 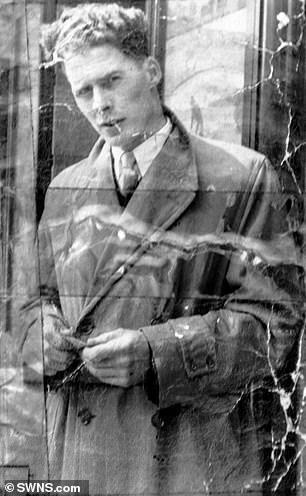 Joan Neininger and Ken Selway, who met when Mr Selway was homeless, tied the knot in 2017. They met in the 1970s, when Ms Neininger found Mr Selway (pictured, right, in his younger years) looking through her bins 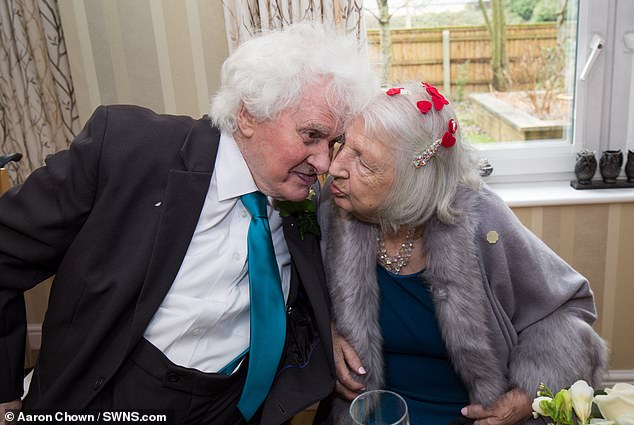 Their wedding, which was described as ‘a real-life Lady and the Tramp’, captivated locals

Ms Neininger said: ‘I miss him terribly. When we first met I never dreamed we would end up together in the way we did so in a way we did have our happy ending.

‘I loved him. He was a lovely man and we just suited each other. I will miss the companionship and the laughter. He could be such good fun at times.’

She said she grateful for the nearly three years of married bliss they shared, following their wedding at a packed Cinderford Registry Office four days after Valentine’s Day in 2017.

Ms Neininger had first noticed a young Ken roaming around Gloucester and later realised he was homeless. 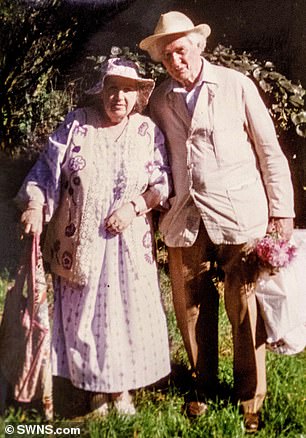 Proud Ken, who had mental health problems, refused to accept offers of money or help, so with the blessing of her family Joan started leaving wrapped sandwiches for him to to find.

After speaking to her husband of 30 years, Norman, she began to invite Ken round for meals at their home.

Although Norman also tried to help Ken, he struggled to cope with his mental health problems and she later told how it put a strain on their marriage.

But mother-of-three Joan persuaded Ken to take medication and eventually all three lived together happily in a cottage which Joan described as ‘like a little paradise’.

She says the men were like brothers until Norman died from a heart attack in 1983, leaving Ken and Joan in the cottage until he needed extra care and was moved to supported housing.

Joan went to live with her daughter, but the pair missed each other’s company.

In 2016, Joan proposed and they married on her 89th birthday. 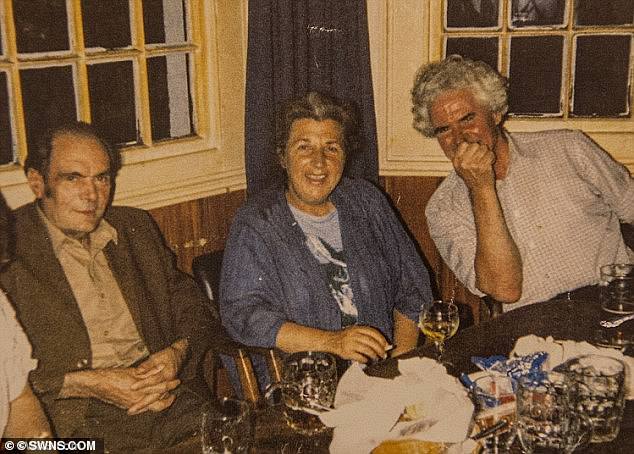 Ms Neininger and Mr Selway (right) are pictured with Ms Neininger’s first husband Norman in a pub, Gloucester. The three lived together before Mr Neininger died

Joan says their story should be a reminder to society not to dismiss people living on the streets, and to provide more help for those with mental health problems.

‘It’s a terrible thing, mental illness, but the right medication can make all the difference,’ said Joan.

‘It’s still a massive issue and we cannot just keep turning a blind eye to homelessness.’

Joan, who has campaigned for mental health charities and helped at homeless shelters, has written a book about their relationship.