Husband of paralysed woman who published a VERY honest blog

The husband of a woman left paralysed from the waist down following a riding accident has opened up about the impact on the couple’s sex life – and admitted to feeling as though he was stuck in ‘carer mode’.

Matt Lambert, 42, from Willand in Devon, shared his side of the story on This Morning on Wednesday, after his wife, 53, Benita published a candid blog post about their first sexual encounter following her life-changing accident.

In a post published on Valentine’s Day, Benita confessed to worrying that Matt would feel as though he were having sex ‘with a slab of meat’, because she had lost all sensation in the lower half of her body.

Benita described her need to feel ‘desired’ by her husband, but on Wednesday Matt admitted to having avoided intimacy because he was afraid of hurting his wife, and said: ‘I think I was too much in carer mode.’

Benita was left with a serious spine injury, a broken eye socket, multiple broken ribs and a punctured lung after her daughter’s pony reared up and fell on top of her shortly before her 50th birthday, on September 30 2016. 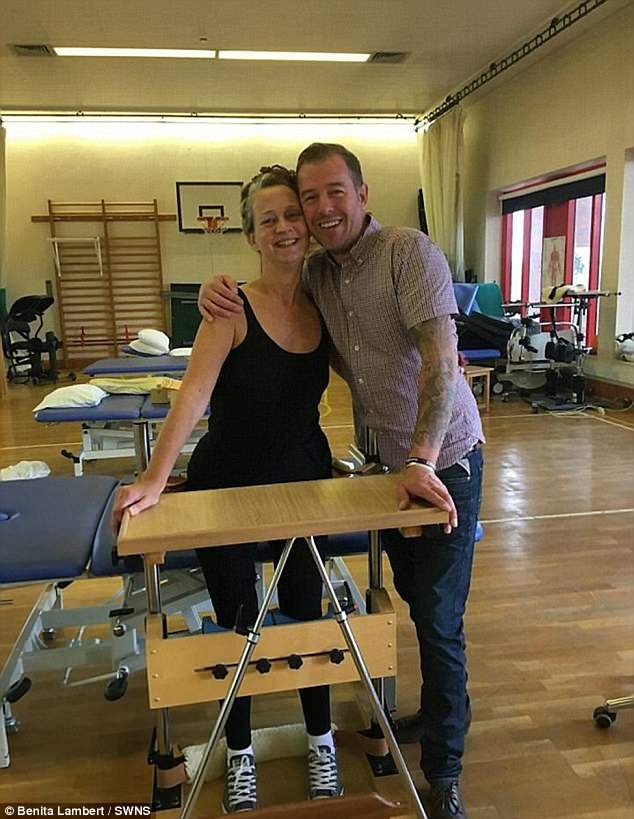 Benita lost the use of her legs below the knee, and she has no feeling at the back of her legs, plus paralysis around her core, which includes everything from just above her bikini line down to the tops of her thighs.

The mother-of-two had been blogging about her recovery on a Facebook page called The Unnecessary Pessary, the continuation, and broached the issue of sex – the subject she said she feared discussing most.

It came as a surprise for Matt, who admitted he had no idea how Benita was feeling, with them both confessing on This Morning to struggling to reestablish communication.

Benita wrote things in the blog she had never told Matt, and he said: ‘I think the blog told me more than what she has actually told me herself.

‘The thing is it was my brother that told me! He rung me up at work and said “have you seen what Ben has written in the blog?” I said I hadn’t and he told me that him and the guys in the canteen [at work] had been reading it.’

Benita had said that although she has no feeling in her sexual organs, she was desperate to feel passionate and desired by her husband once again.

Matt added he was more worried about the logistics in bed: ‘You’re trying to make everything right, and you want to make it as comfortable for her as much as it is for myself.

‘I was worried this or that was going to be too much. So I was sort of waiting for Ben to come to me and make a move, but we’re both basically back to back in bed not talking.’ 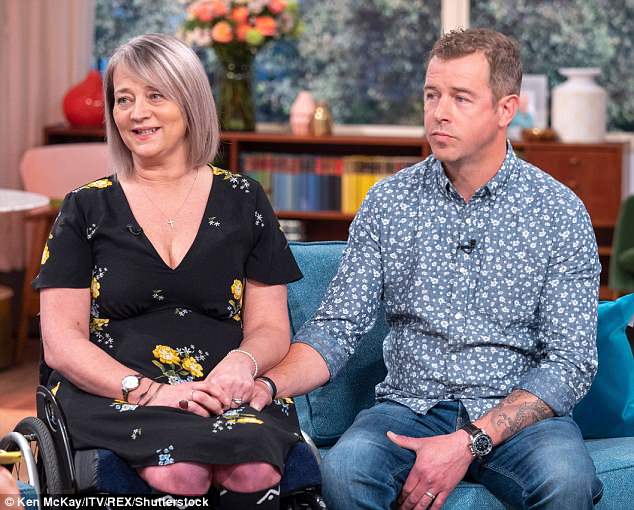 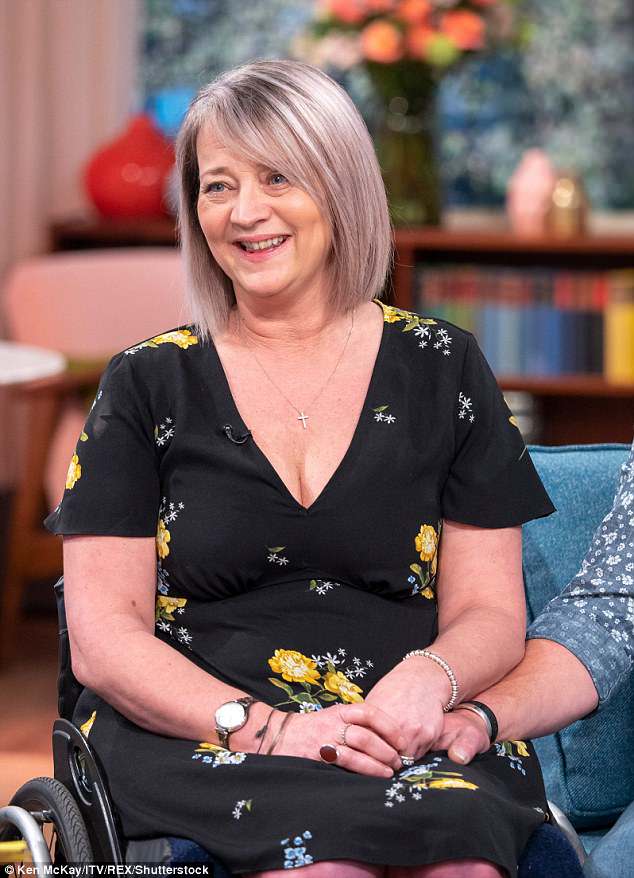 Benita was left with a serious spine injury, a broken eye socket, multiple broken ribs and a punctured lung after she reared her daughter’s pony up and it fell on top of her 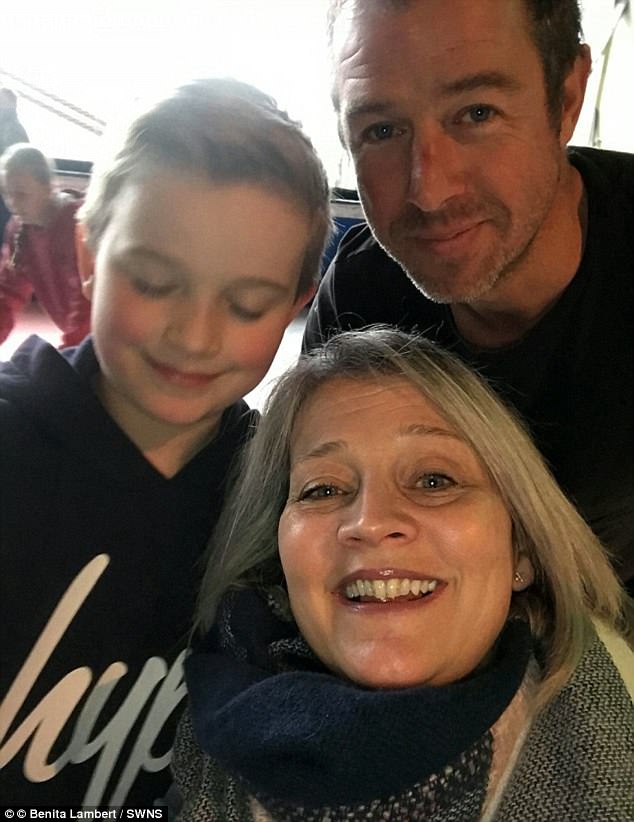 The mother-of-to has been blogging about her recovery on a Facebook page called The Unnecessary Pessary, the continuation 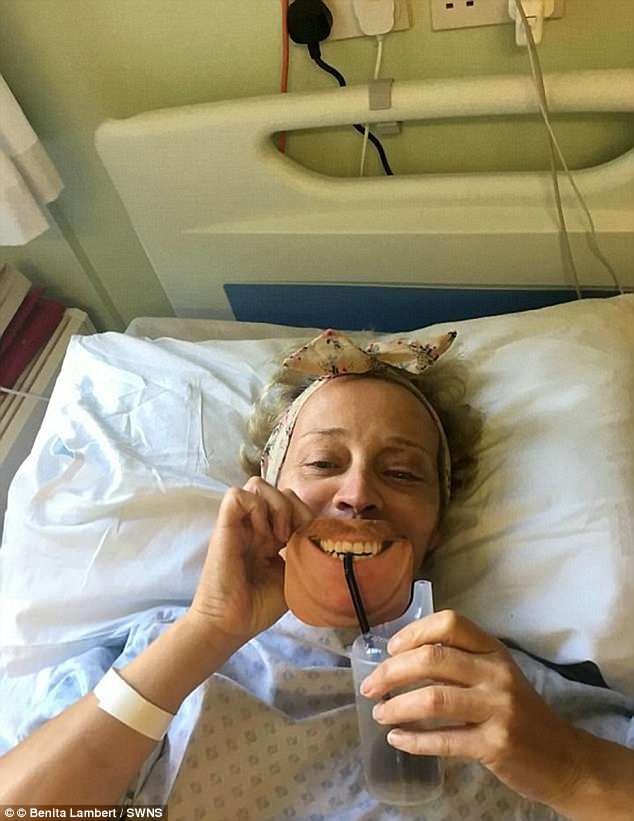 Benita (pictured during her recovery in hospital) admitted that although she has no feeling in her sexual organs, she was desperate to feel passionate and desired by her husband Matt

Benita decided to go public on her intimacy battle as she explained that no-one talks about it in rehab, and there were a lot of things she would have wanted to know.

She said during their interview that she was more worried about how her injuries had changed her husband’s life and was unsure how it would affect him.

‘It’s not just my life I am changing, it is his life. I thought “does he still want to be with me?”

‘I focused on making it his problem when it was me and my injury,’ Benita said. 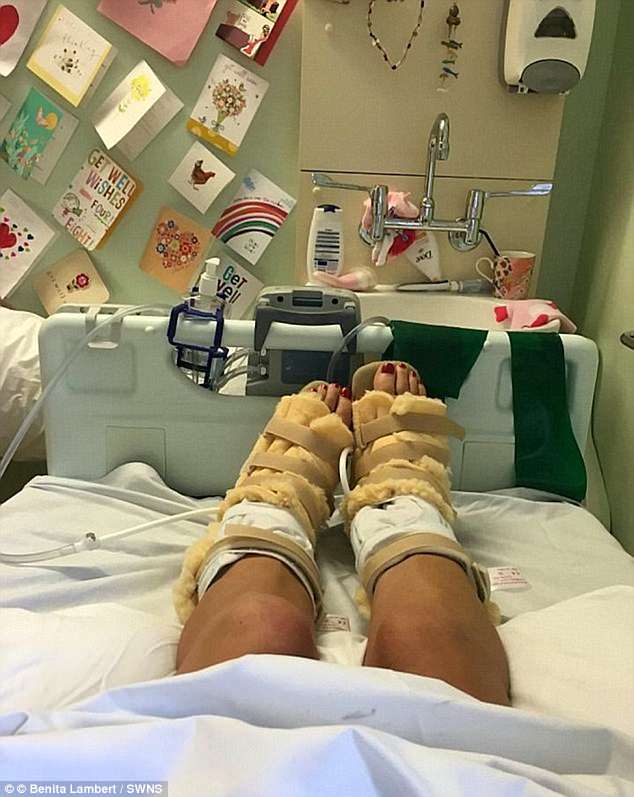 Benita was left with a serious spine injury, a broken eye socket, multiple broken ribs and a punctured lung after she reared the pony up and it fell on top of her Benita Lambert enjoying a pampering session in hospital with her daughter Taylor, following her life-changing accident just over 18 months ago

In her blog she had written: ‘So essentially I have no sensation in my sexual organs whatsoever.

‘Obviously in the early days of recovery and rehabilitation, every day was a day of discovering what I could feel, what I couldn’t feel and what I may eventually be able to feel.

‘It took me ages to muster up the courage to have sex. I was excruciatingly aware that although I still felt like me and essentially looked like me, it realistically wasn’t the same me as before the accident.

‘I think when you care for someone as completely as Matt cared for me, there comes a point when sympathy and compassion wasn’t what I wanted anymore.

‘I wanted passion. I wanted to feel like I was still sexually attractive, that although my legs didn’t work, I was still viable as a woman and above all I was desired above all. But that’s a hard ask when you see someone as utterly stripped back as I was in the beginning.

All I wanted was to still be considered desirable. I think in the absence of my legs, I was desperate for the affirmation that I was still valid and that my husband would not just see me as a pity party but the wife and sexual partner that he had married.’

She said when they finally did have sex again, it was worth it and it was ‘like old times and the feeling of being desired was better than any orgasm’.

Benita said she didn’t tell Matt that she couldn’t feel anything, but they have since gone on to make love a few more times – but now they have a healthy communicative relationship.