Husband of Sonya Szala, who died weighing just 26kg, did contribute to her death at 49, says coroner

Husband of woman who weighed just 26kg when her body was found in her bed DID contribute to her death, coroner rules

The husband of a 49-year-old woman who weighed the same as an eight-year-old child when she died did contribute to her death, a coroner has ruled.

Sonya Szala weighed just 26kg when she died in her Melbourne home in October 2016.

An inquest into her death found that her husband of 25 years John Szala would give her two bottles of strong laxatives every week at her request.

Coroner Phillip Byrne said this act will have contributed to her death, and said he failed in his ‘undeniable duty of care’.

Her devastated sibling always maintained her husband had withheld food from her and given her laxatives.

Mrs Szala’s brother, John Smrdelj, previously told the inquest his sister was being held as a prisoner in her home.

He said Mrs Szala was terrified her husband wouldn’t leave her food and recalled a time when she burst into tears after he brought his sister groceries.

‘Sonya said she was fearful John would eat everything before she had a chance to eat,’ he said. 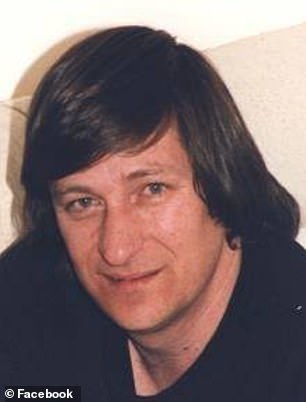 She was found by her husband, John Szala (pictured), and weighed the same as an average eight-year-old

Her husband told police on the morning of her death he argued with her to call an ambulance but she refused to, so he went outside to do the washing.

Mr Szala went to check on her before 8pm and found her cold and unresponsive.

She suffered a long battle with anorexia with Dr David Eddey telling the court the lack of electrolytes and calories combined with dehydration and loss of muscle and fat meant her body was ‘consuming itself’.

While it may have been obvious she needed help, there are no medical records of Ms Szala seeing a doctor.

A report into her death now says Mr Szala should have called for medical attention long before his wife died, according to the Herald Sun.

On two occasions police have requested charges are laid at Mr Szala over his wife’s death, but none have yet been brought.

He also refused to give any evidence to the inquest.