A devastated husband has revealed his agony at losing his wife to a brain haemorrhage after she collapsed while working out on an exercise bike to try to get in shape for a holiday to Turkey.

Joanne Leach, 46, was watching Judge Rinder while exercising at home in Holyhead, Anglesey, Wales, when she lost consciousness moments after getting off the bike.

Husband Justin Beilensohn, 47, spent 20 minutes performing CPR and even managed to revive her as paramedics arrived, but her condition deteriorated and she died later in hospital.

Mr Beilensohn, who has three children with his late wife, said he had bought her the bike and had to get rid of it because he ‘felt like he brought death into the house’.

Mother-of-three Joanne Leach, 46, left, died in January from a brain haemorrhage after collapsing following an exercise bike work out to get in shape for a family holiday to Turkey with husband Justin Beilinsohn, right 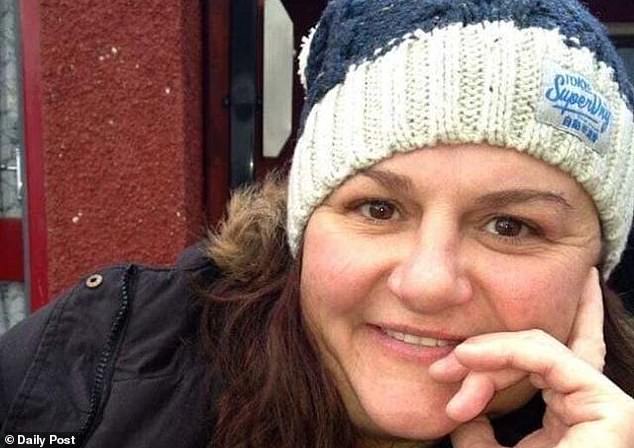 Mr Beilinsohn said he wishes he never bought the exercise bike for his wife, pictured, and claimed she had always been ‘fit and healthy’

He bought the bike a few months before her death in January and said she used it ‘every day’ ahead of the holiday.

Mr Beilensohn said his wife had ‘never even suffered a headache’ and initially thought she was joking when she collapsed.

He told the Sun: ‘She was fit and healthy. All she worried about was getting in shape for the summer for our holiday to Turkey.’

He added: ‘Our son still lives at home so I have to be strong, for him. I can feel Joanne around me, all the time.

‘A couple of times all the lights have gone off for no reason and I like to think it’s her way of letting us know she’s watching over us, looking after us.’

The couple first met when they were schoolchildren and dated for five years before drifting apart. 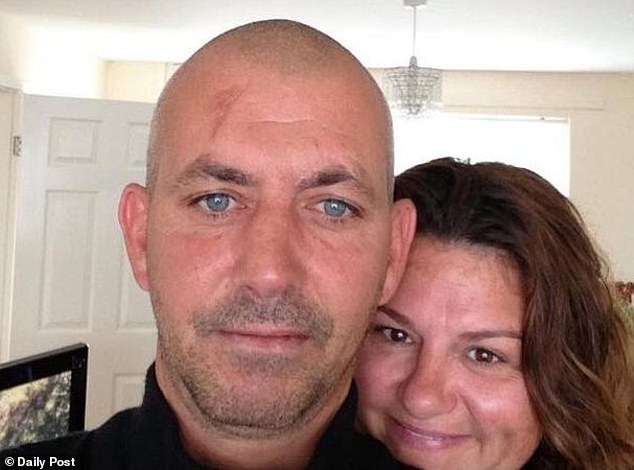 Mr Beilensohn, pictured with his late wife, said he still believes the bike was ‘connected’ to her death and said he feels like he ‘brought death into their house’ 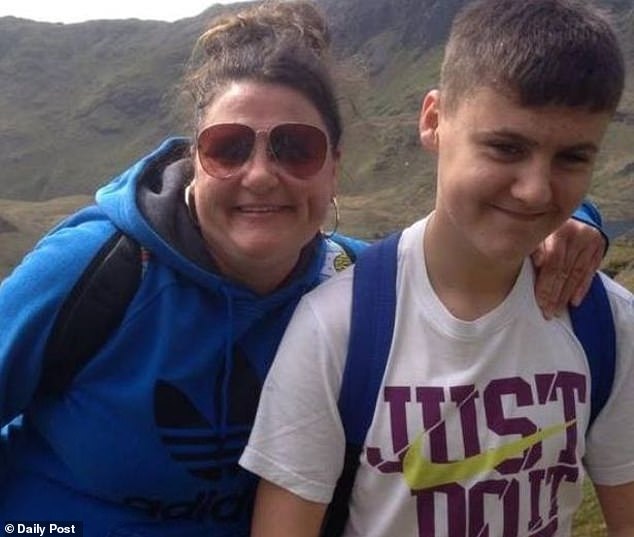 Joanne Leach pictured on holiday on Snowdon with her son, Jensen. Mr Beilensohn said he is staying strong for his son, who is the only one of their children still at home, and feels like his late wife is still there ‘watching over us’

Mr Beilensohn said ‘fate’ reunited them after he broke up with a girlfriend and immediately ran into Ms Leach in a bar, discovering she had just split up with a boyfriend.

After realising how much they missed each other they resumed their relationship and three years later had eldest daughter Farrah, 21.

What is a brain haemorrhage and is it caused by exercise?

A brain haemorrhage is bleeding in or around the brain. It causes swelling, and the pooled blood forms a mass known as a haematoma, increasing the pressure on the brain and reducing vital blood flow.

People who experience the condition will sometimes develop symptoms similar to a stroke, with weakness on one side of the body or a feeling of numbness.

Sometimes patients will experience a severe headache or difficulty speaking or seeing.

The condition can sometimes happen spontaneously as a result of a ruptured aneurysm, otherwise known as a haemorrhagic stroke.

Other causes can include high blood pressure, leading to weakening arterial walls and causing them to rupture, or weakened blood vessels.

Brain haemorrhages caused during exercise are not uncommon, and usually occur because of a pre-existing aneurysm, with vigorous workouts increasing the risk of a haemorrhage by as much as 250 per cent.

Ms Leach was working at Caledonia Residential Home at the time of her death and had been on a run of night shifts.

Her husband said he bought her the bike because she didn’t like the gym and could exercise in front of the television.

On the day of her death he was fixing her watch when she complained of feeling dizzy and collapsed.

She was taken to Glan Clwyd Hospital where her husband and children spent 27 hours with her before doctors switched off her life support after telling the family she could not be saved.

Mr Beilensohn added he ‘wished he’d never bought the bike’ and believes it was ‘connected’ to her death despite no link ever being proven.

Speaking earlier this year, Mr Beilinsohn said the family were ‘broken’ and in ‘total shock’ following her death.

He said: ‘She had never suffered a headache or anything like that before. There were absolutely no warning signs.

‘But they did a scan of her brain and found a huge hemorrhage. They told us they wouldn’t be able to operate and kept her in Glan Clwyd for us to say our goodbyes.

‘It was so sudden. Nobody can say why it happened, doctors said anything such as a cough or a sneeze could have triggered it.

‘The children are broken. They’re all trying to be brave, just like she would have been. We had so much to look forward to. 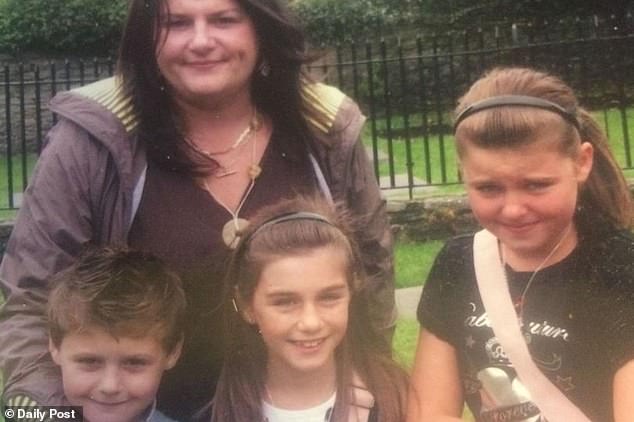 Joanne Leach photographed several years ago with her children (from left) Jensen, Jorgia and Farrah. Her family spent 27 hours with her in hospital before doctors switched off her life support after telling them she could not be saved

‘Our whole world has been turned upside down. It’s just so unbelievable.’

They fondly remembered a time when they walked up Snowdon together as a family and times when she would leave the whole family in laughter all day.

‘She was a very outgoing woman, she got along with everyone in Morawelon where we all live,’ they said.

‘She was very proud of her children, its a credit to Joanne how she brought her children up. She never stopped smiling, her smile was infectious.

‘Joanne would never pass anyone without smiling or saying hello. She would always put other people first, it was her natural instinct to help others before herself.

‘Joanne will be so missed by her family, friends and the people in Holyhead and beyond.

‘As a family we would like to thank everyone for their amazing support. We’re overwhelmed with all the donations and love the community has shown.’