A small electric SUV selling for $72,000 has won a coveted car of the year prize by beating the highly anticipated new Toyota LandCruiser and Volkswagen Golf.

The Hyundai IONIQ 5 was named Carsales Car of the Year for 2021 – only the second electric vehicle to win the motoring industry accolade – even though just 16 were sold in October.

The niche $71,900 small Korean SUV beat a field of almost 100 contenders of new or upgraded vehicles that are going on sale by the end of this year as a shortage of semiconductors hampers global car production.

What the Hyundai IONIQ 5 beat

The IONIQ 5, with a range of up to 451km, triumphed over a shortlist that included the long-awaited new Toyota LandCruiser, Volkswagen Golf and the electric Porsche Taycan Cross Turismo, selling for $279,000.

Carsales editor-in-chief Mike Sinclair said the Hyundai IONIQ 5 offered the best electric vehicle technology for the price, with the manufacturer claiming it can be charged from 10 per cent to 80 per cent in 18 minutes.

‘For close to mass-market money, the IONIQ 5 brings the industry’s most up-to-date EV platform this side of a Porsche Taycan, new 800V charging technology and European-car levels of driver and passenger engagement, making it our top choice for early EV adopters and digital natives alike,’ he said.

The IONIQ 5 is the first electric vehicle to win the Carsales prize since the Tesla Model S was named Car of the Year in 2015, and was one of three fully electric cars on the Carsales 2021 shortlist of 12 models.

The electric Polestar 2, an offshoot of Volvo, was highly commended, along with the Kia Sorento, the Carsales Car of the Year for 2020.

The shortlist also included the new Land Rover Defender 90, an entry-level three-door version replacing a shape dating back to 1948. 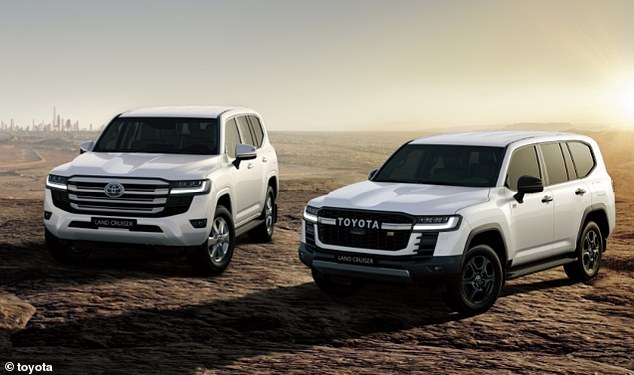 The IONIQ 5, with a range of up to 451km, then triumphed over a shortlist that included the long-awaited new Toyota LandCruiser (pictured) 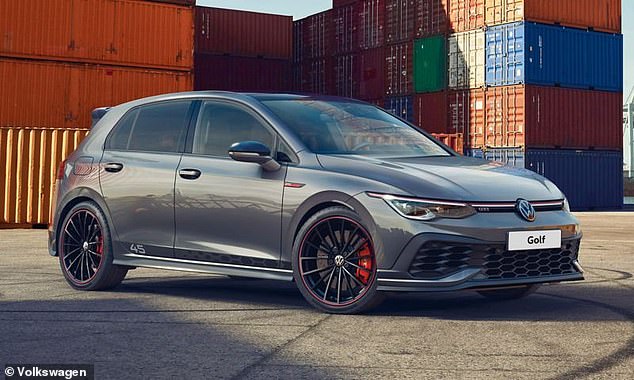 It also beat the all-new Volkswagen Golf, the eighth generation which is going on sale in Australia in 2021 two years after it debuted in Germany

To be eligible, all cars had to have a variant available for less than $250,000.

Prime Minister Scott Morrison is committed to a net zero by 2050 after the Glasgow summit, but Australian motorists are still lukewarm about electric cars, which have a minuscule 0.6 per cent market share.

In October, just 461 electric cars were sold during a month when 74,650 new vehicles left the showroom, Federal Chamber of Automotive Industries data showed.

Australia’s major political parties are hoping to change that after the Cop26 United Nations climate change summit in Glasgow this month aimed to limit temperature rises to 1.5 degrees during the coming decade.

During that summit, Australia was criticised for not yet formally aiming for the same net zero targets as the United States, Britain, Japan and South Korea. 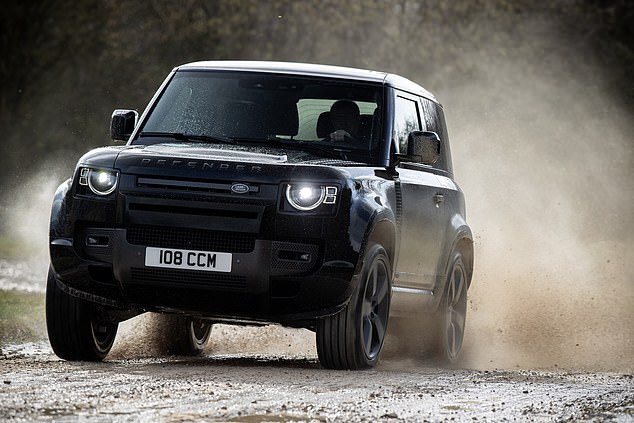 The shortlist also included the new Land Rover Defender 90, an entry-level three-door version replacing a shape dating back to 1948

Federal Chamber of Automotive Industries chief executive Tony Weber criticised the Australian government for failing to legislate emissions targets as it aims for electric cars to comprise a third of new vehicle sales by 2030.

‘Governments should focus on setting targets, not trying to pick winners through specific technology,’ he said.

‘The availability of EVs in Australia is increasing as car manufacturers respond to growing demand, however the reality is that they still account for less than one percent of total vehicle sales year to date.

‘This means that the Government’s target for EVs to be 30 per cent of new vehicle sales by 2030 is extremely optimistic.’

The UK is banning the sale of new petrol and diesel cars from 2030 but it will allow plug-in and hybrid cars to be sold in showrooms until 2035. 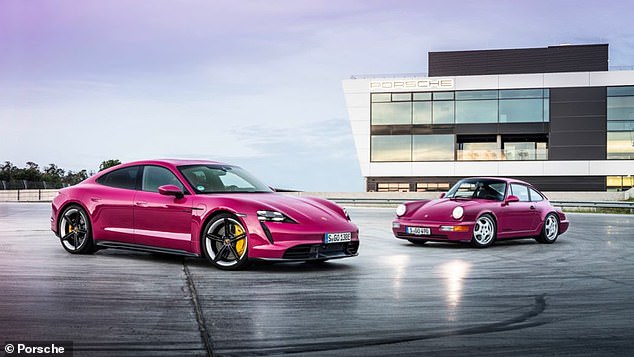