‘I am happy to sacrifice my dream for their dream’: Mohamed Salah puts Premier League title first

‘I am happy to sacrifice my dream for their dream’: Mohamed Salah admits winning Champions League remains his priority but understands fans’ desire to secure Premier League title

Mohamed Salah is ready to sacrifice his dream of winning the Champions League so that Liverpool can go all out for the Premier League title.

Salah was devastated after he went off injured in the Champions League final defeat by Real Madrid last year.

His personal priority remains to win Europe’s biggest prize, but he understands just how important it would be for Liverpool to win the league title for the first time since 1990.

‘I will be honest with you, the most prestigious competition for me is the Champions League,’ Salah said.

‘But the dream for the entire city and the club is the league. So, I am happy to sacrifice my dream for their dream but if we win both that would great and this is what we are trying to do.’

Jurgen Klopp’s side are one point behind Manchester City with eight games left to play. 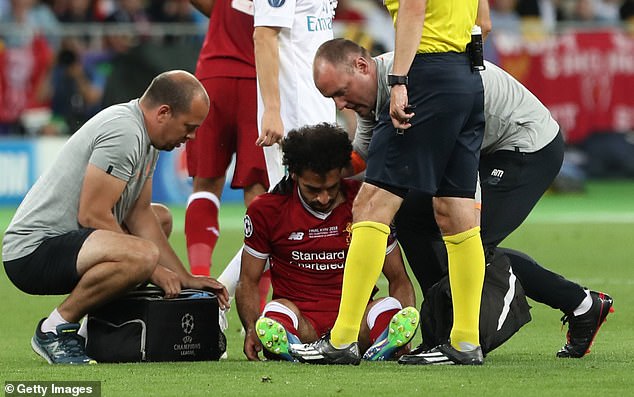 They take on Bayern Munich in the second leg of their Champions League last-16 tie on Wednesday, but Salah knows the attention will quickly turn to the league game away at Fulham on Sunday.

A win would move them two points clear of City ahead of the international break.

City will have a game in hand and Salah is hoping the Premier League champions falter.

He said: ‘All you can do is win your games and hopefully they will fail in one so we can win the title.

‘My mind is sharp and there is pressure but I am strong mentally and we just have to keep going.

‘We will see what we can do at the end of the season but mentally I am ready for everything.’ 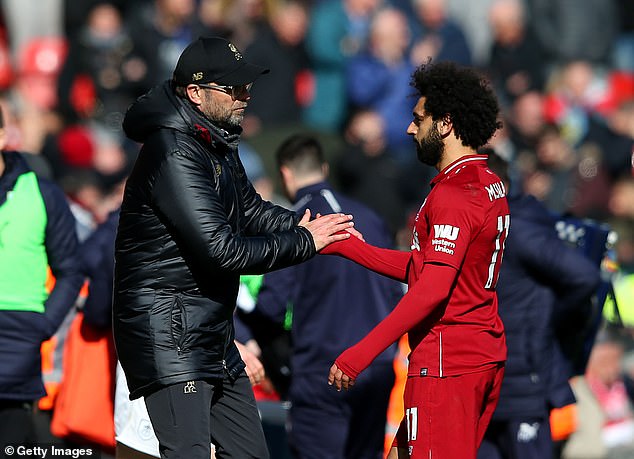