‘I don’t have the papers’: Pierre-Emerick Aubameyang claims Arsenal are yet to offer him a new deal

‘I still don’t have the papers bruv!’: Pierre-Emerick Aubameyang claims Arsenal are yet to offer him a new deal as he remains locked in talks over improved £250,000-a-week contract

Pierre-Emerick Aubameyang appears to have suggested that he has still not been offered a new contract by Arsenal.

The striker has been locked in contract talks for weeks with the club’s hierarchy, with a three-year deal, worth £250,000-a-week, is being put on the table for the 31-year-old.

Aubameyang is said to be considering his options as he enters the final year of his current deal at the Emirates and now looks to be left wondering where the club’s new offer is.

During an Instagram Live session alongside his brother, Willy, Aubameyang said: ‘Everyone is showing the pen and paper but I still don’t have the papers bruv!’

While his comments will be alarming to Arsenal fans, Aubameyang was quick to assure his supporters by suggesting better news was imminent.

He added: ‘Have a good night, enjoy and hopefully great news for everybody.’

Legendary Arsenal striker Ian Wright even told the club to get a move on by jokingly drawing up his own contract to sign on Twitter. 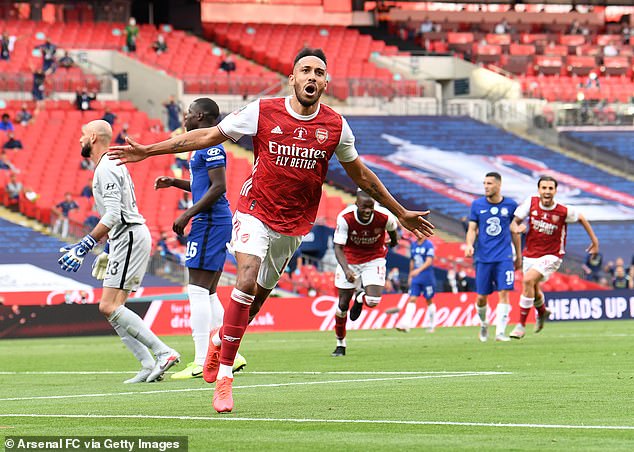 Aubameyang is set to receive a new and improved deal worth £250,000 a week

He wrote: ‘Taking so long gonna sign da ting myself’ and posed with an imaginary contract with a pen finally poised.

Since he joined from Borussia Dortmund in January 2018, Aubameyang has scored 70 goals in 109 games for Arsenal.

Aubameyang’s display in Arsenal’s FA Cup final victory against Chelsea, during which he scored both goals in a 2-0 success, emphasised his importance to the club.

Although he is most suited to playing up front, Aubameyang has often been deployed on the left wing under Arteta and he scored an impressive 22 goals in 36 Premier League games this campaign. 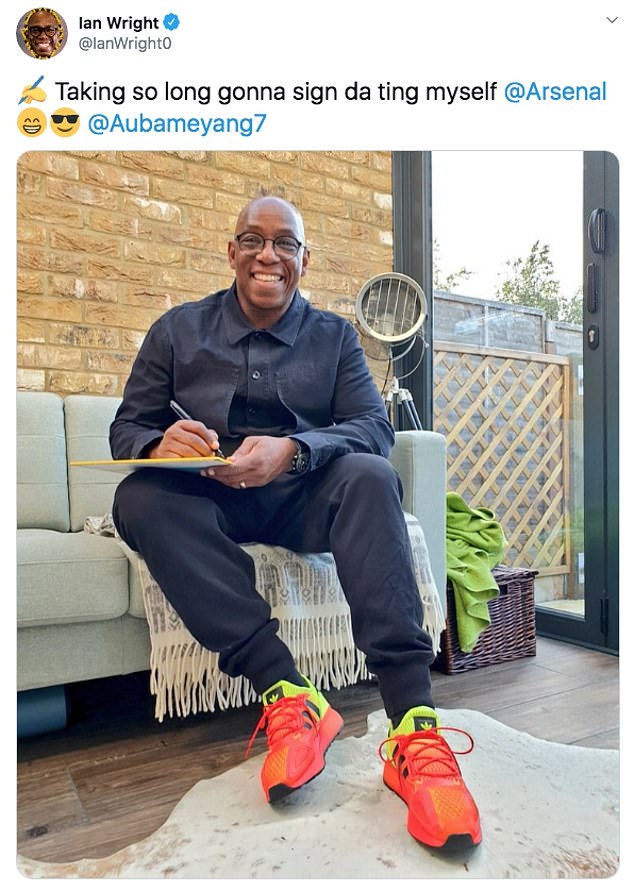 Speaking after the FA Cup final, Arteta was hopeful that Aubameyang would stay.

Arteta said: ‘I think he wants to stay and it is just about getting the deal done.

‘He is loved by everybody at the club. Hopefully he can continue with us.’