Liverpool defender Andy Robertson insists any negative attitudes to their Club World Cup win will not have any effect on the sense of achievement the players feel.

Critics derided the decision to fly to Doha with a full-length squad and leave a youth team to be knocked out of the Carabao Cup quarter-finals.

Views on the Club World Cup in its various guises have always been different in England, where the tournament is not regarded with anywhere near the reverence it holds for other countries – especially in South America. 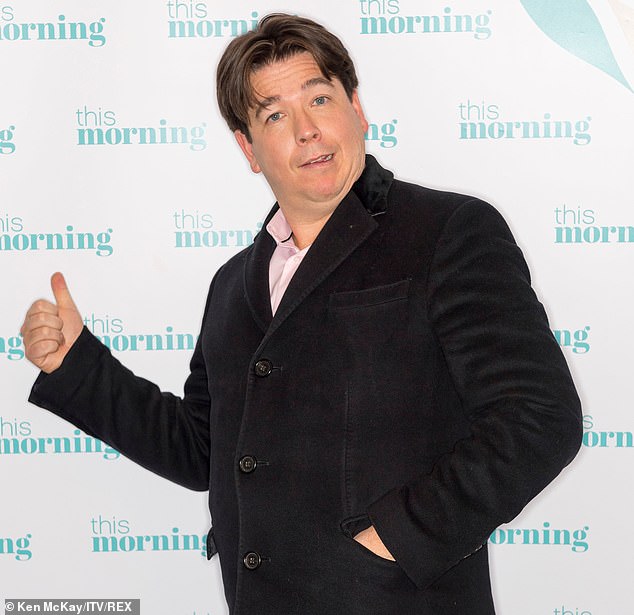 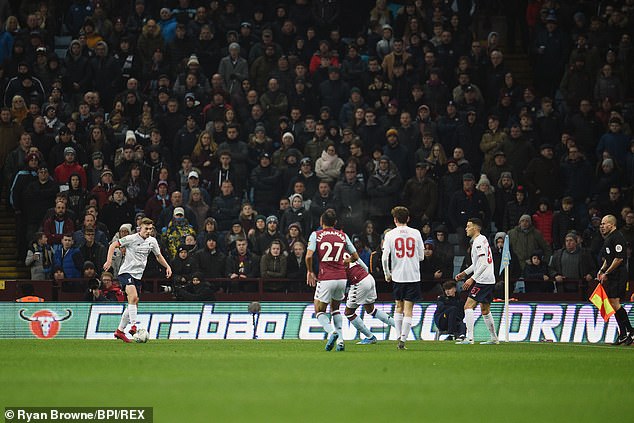 There has been something of a lukewarm approach to the competition but the Scotland defender said it was ‘irrelevant’ that BBC television had cut their coverage.

Programming overran because of the 1-0 extra-time win over Flamengo in Qatar, causing the channel to miss the trophy presentation in order to get back on track with its scheduling with Michael McIntyre’s Big Show.

It was featured via the station’s red button facility but Robertson, who said he was a fan of the comedian, was not bothered the wider viewing public did not see their trophy lift.

‘To be fair I quite like Michael McIntyre. I am sure my family back home tuned in,’ he smiled. ‘For me, it is irrelevant. We are a very happy squad.’

A BBC spokesperson told the PA news agency the decision not to wait for the trophy presentation on BBC One was because ‘there was a 20-minute gap planned between the match ending and the ceremony starting’, adding the channel had ‘a packed and popular Saturday night schedule’. 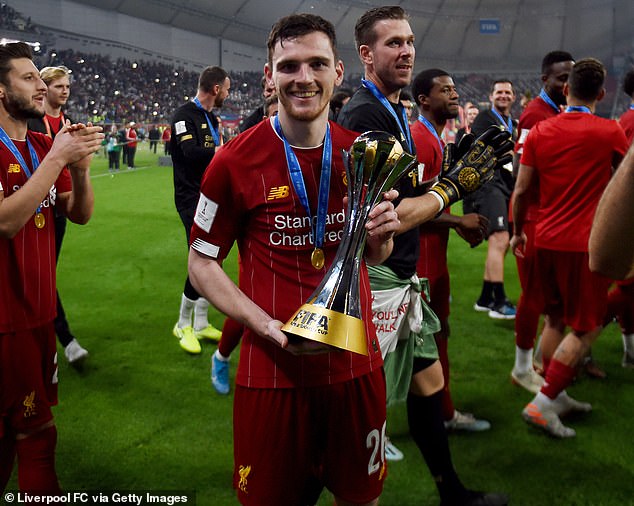 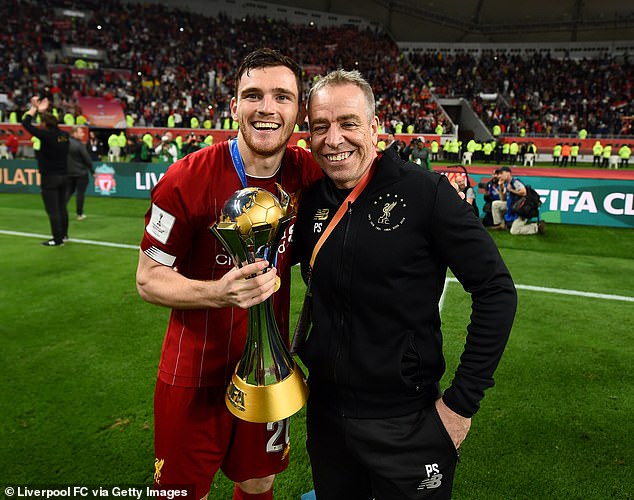 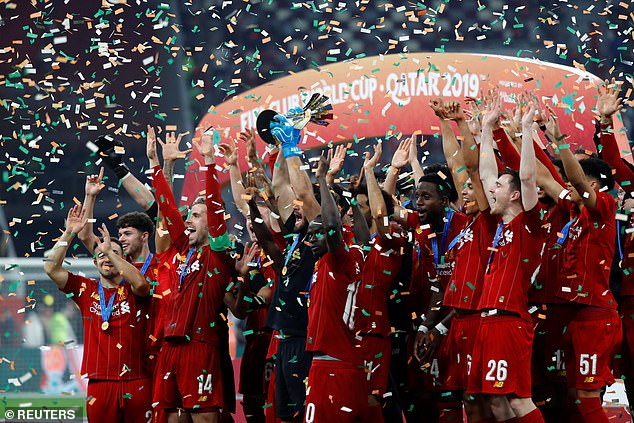 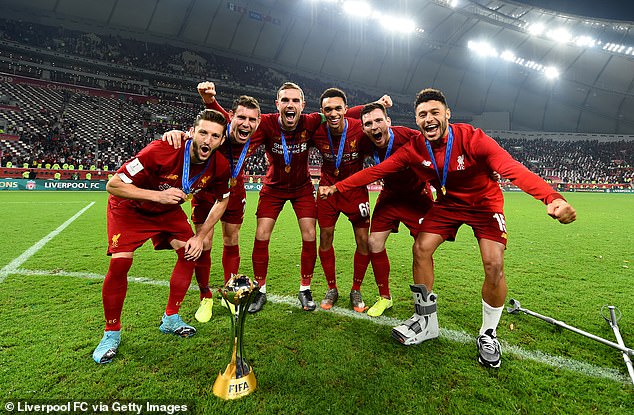 The spokesperson added: ‘Viewers were able to watch the whole of the Liverpool game, including extra-time, on BBC One. They were then clearly signposted to BBC iPlayer, BBC Sport online and the Red Button to watch the trophy ceremony.’

Asked whether proving the critics wrong provided extra motivation, left-back Robertson added: ‘No, we don’t care about them to be honest.

‘We’ve already written a small part of history, winning the Champions League, but now we have added a trophy which has never been won before.

‘We saw a whole nation was behind Flamengo and there were probably not many people in England who knew this game was going on.

Manchester United are the only other Premier League team to win the competition but Liverpool completed a unique English treble by adding the trophy to the Champions League and European Super Cup. 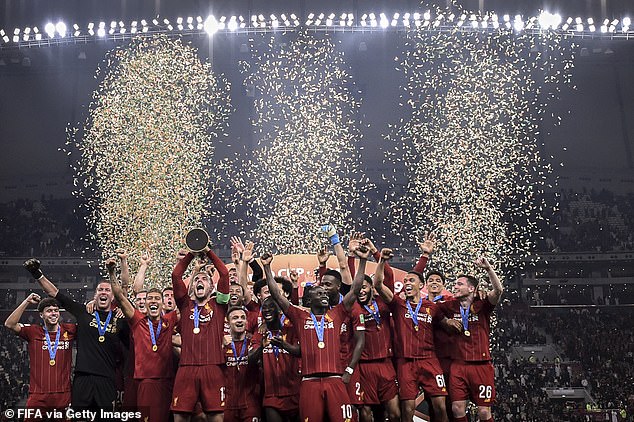 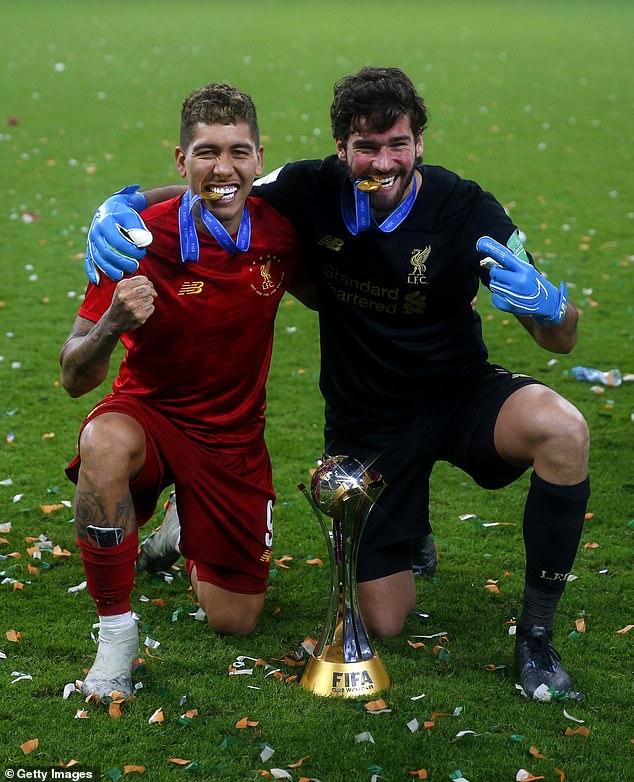 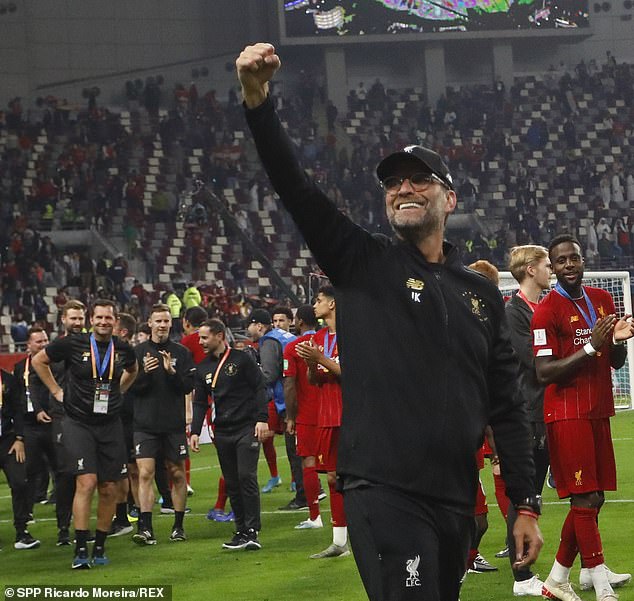 Robertson, however, questions whether that will be given the same credit as other similar achievements.

‘Maybe you can tell them that. We know it’s a big deal – we’ll have a gold badge on our strip and we added another trophy to the cabinet so that’s incredibly huge,’ he added.

‘I suppose it is not as big in England as the Carabao Cup as not many people get there and only Man United have won it before. No-one talks about trophies English clubs can’t win.

‘We go back to England with a trophy and that can’t do any harm for our confidence.

‘It might have been different had we got beat. Some people would have said we wasted our time but for us, even if we had lost, it was all worthwhile because we had a chance to win a trophy the club hadn’t won before.’

The focus now turns to an even more important six months as the quest for a first title in 30 years begins to gather pace.

Liverpool return home with their place at the top of the Premier League strengthened as Leicester’s defeat by Manchester City means their advantage is still 10 points, although they now have a match in hand.

‘It has been incredible wining the Champions League and then we go and play a Premier League game (against Chelsea in August) in the Super Cup and managed to come through it,’ said Robertson.

‘That was nice to keep building momentum, and then we go over there (Qatar) and and win it.