I turned my pandemic side-hustle into a jewellery brand and I’ve made £500,000

A woman who set-up a jewellery-making side hustle during the pandemic has turned it into her full-time job, with the business now set to rack up its first £500,000.

Dominique Croft, 27, started up her creative endeavours in January 2020, alongside her role as a content strategy manager.

And now she’s reaping the rewards, choosing to concentrate all her time and energy on Elk & Bloom.

The business-savvy creative, from Gerrards Cross, Buckinghamshire, amped up production during the lockdowns in the following months and, in the middle of 2021, decided to go full-time.

Dominique Croft (pictured), 27, started up her creative endeavours in January 2020, alongside her role as a content strategy manager 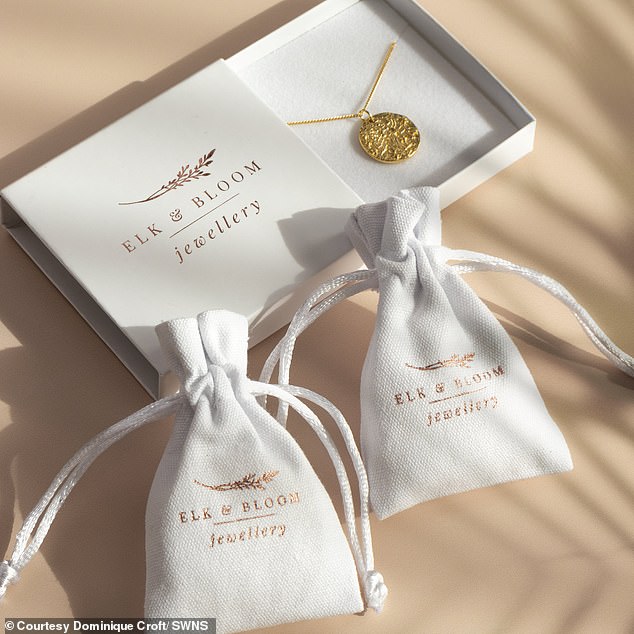 Pieces on the website, which tend to range from £35 to £90, include necklaces, rings, earrings, bracelets and anklets.

She insists her decision to quit the nine-to-five wasn’t a spur of the moment one.

‘I had been running my business for a year-and-a-half but it was nowhere near what it is like now,’ the businesswoman explained. ‘It worked out really well, we had made £30,000 in one month – that was a real turning point for me.’

Dominique, who still single-handedly runs the business from her home, cited a demand for middle-market jewellery as her inspiration behind Elk & Bloom, which was founded from her kitchen table. 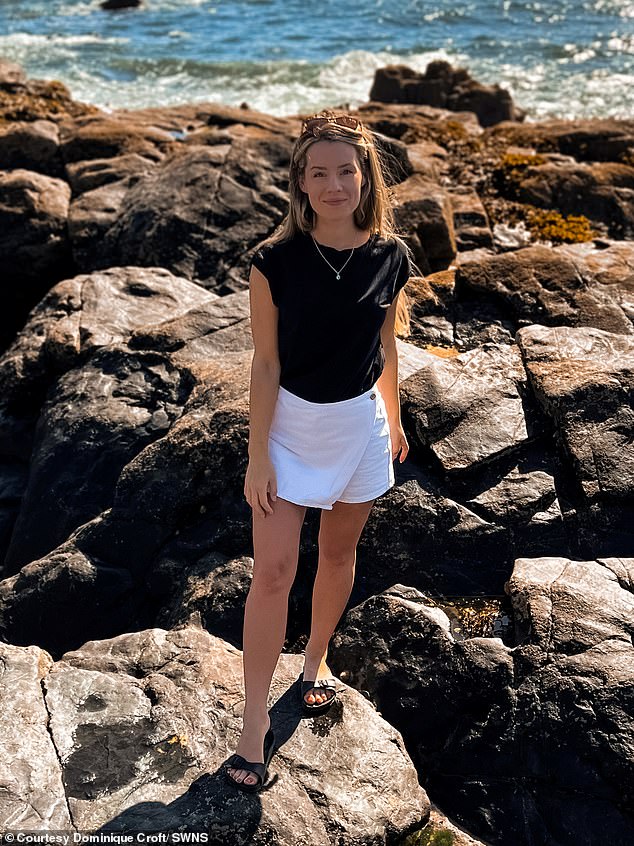 Dominique (pictured), from Gerrards Cross, Buckinghamshire, amped up production during the lockdowns in the following months and, in the middle of 2021, decided to go full-time

‘I have always felt like the jewellery business was missing a mark,’ she said. ‘It was either very high end or on the other side of the market – where it was low price and low quality.

‘Want I wanted to do with Elk & Bloom was create accessible jewellery. It is not throwaway fashion – it is gold and silver pieces that are affordable.’

Pieces on the website, which tend to range from £35 to £90, include necklaces, rings, earrings, bracelets and anklets.

While the business is currently still a one-woman operation, Dominique says she would expand to a bigger team in the future as it continues to grow.

‘The last year has been a whirlwind,’ she added. ‘I have just been trying to get the orders out and build the business up. I sometimes think “how have I got here” – I am loving it.’ 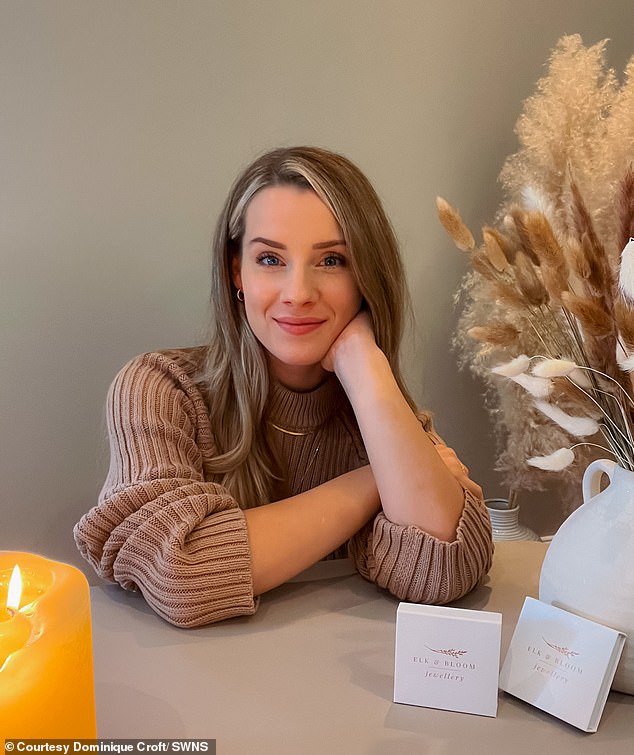 While she had her doubts when quitting her corporate job, Dominique says her fiancé, Will, pushed her and said she could do it.

‘He is really supportive and I wanna tap him up to work and share the success with me,’ she admitted.

The businesswoman says the jewellery has always been a ‘proper passion’ for her, so pursuing it – alongside a desire the flexibility many gained during the pandemic – made the choice to focus on Elk & Bloom easier.

She is ‘really happy with how far it has come’, and said she feels touched by moving messages from customers.

‘I was speaking to someone recently who bought ten necklaces for their bridesmaids at their wedding and for themselves and their daughter,’ Dominique revealed. ‘She wrote a note to her daughter and said ‘I want this to be your ‘something old’ when you get married’ – that is the coolest thing.’ 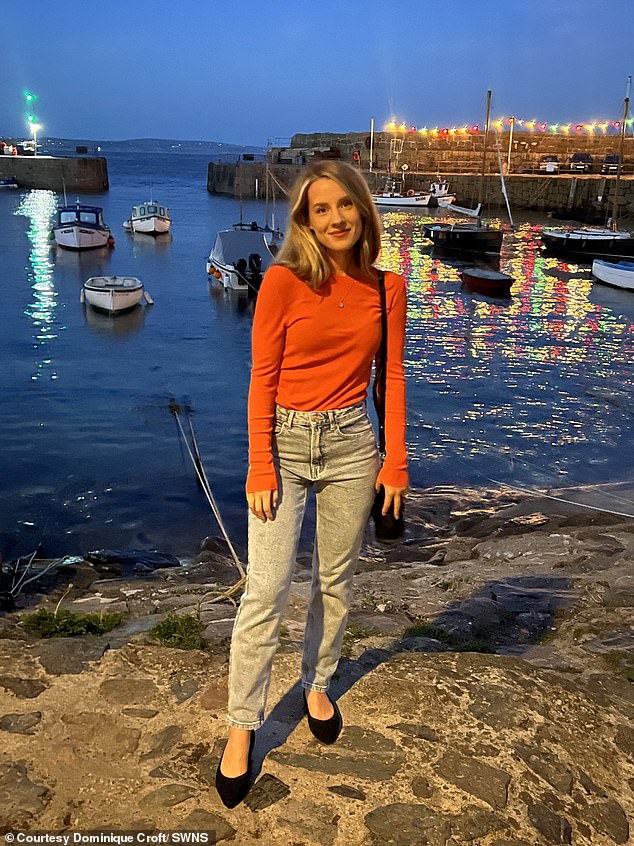 However, despite her successes, the jewellery business owner explained that it’s important to know what you’re getting into.

Dominique says her new career has been very rewarding – but warned others that you have to love the job as it will consume your life – and added that it’s important to know your strengths.

‘If there are things you are not good at or don’t enjoy, figure out another way to get those tasks done and work on things you are good at and you have those strengths at,’ she said.

‘All my jewellery had to be photographed and I did try at the beginning to do my own shots and model it myself but it didn’t work, the pictures didn’t look very good. I needed support and a photographer who knew what they were doing.’