‘I was always the drunk party girl…’

I’d gone out five nights a week, every week for the past 15 years. And that’s before we talk about the long boozy lunches.

But when the socialising stopped during lockdown and Jamie Klingler still kept hitting the rosé, she was forced to admit she had a serious problem

Last week my best friend Gina sent me two photos. In each there is a smiling woman with long dark hair and brown eyes. But one looks exhausted – her skin is pale, forehead furrowed, with dark circles under her eyes. Her cheery expression is forced. The other woman looks well-rested, happy and a decade younger. The difference between the two photos? Three months and bottles upon bottles of rosé. I should know, as both of the photos are of me.

I’m 41 and have always been an extrovert. I’d gone out five nights a week, every week for the past 15 years. And that’s before we talk about the long boozy lunches. I work in publishing and events, plus I’m heavily involved in the restaurant world, so this was my normal. If friends met me for lunch they would take the afternoon off, expecting it to be a bender. For me, it was just a normal weekday.

Then lockdown hit. The days were forced to take a different shape: rosé, hammock, Twitter, more rosé, and googling ‘detox in Thailand’. I kept strictly to the early rules, walking my dog McNulty for just an hour each day – and that was the only hour I was truly occupied. A friend recommended a great company that would deliver ten-litre boxes of rosé to my door so I could avoid the shops. It also meant not keeping track of how much I was drinking – or when I had my first drink – and made the days run together nicely. No one was depending on me for anything, my calendar was wiped clean and I had no one to be accountable to. 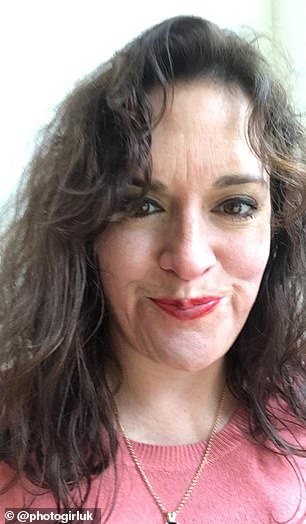 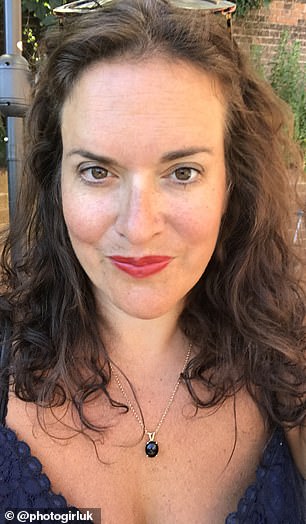 My issues with alcohol didn’t begin with the pandemic. My job, as well as living near some fantastic pubs, made me the host of many parties. But I wasn’t always drinking to have a good time. I used wine to try to cope with some major life changes. In the past three years I had left an office job to go freelance and I had lost my mother. For a long time I was fun after I’d had a few drinks then, all of a sudden, I was the crying girl in the corner. My mother went through cancer treatment for six years and while her death elicited a lot of sympathy and support from the people who love me, it also made them hesitant to push me too hard to give up booze. Over the years there had been many concerned conversations, ‘quiet words’ and friendships that ended. Lockdown brought everything to a head. I was speaking to my boyfriend multiple times a day but not being with him physically was wreaking havoc with my emotions. Then I fell ill over Easter. It felt like I had blisters in my throat and I was running a fever. I had an ugly rash on my thigh and chest. I called 111 and was told to isolate but I wasn’t tested. I don’t know if I had Covid-19, but I felt ghastly. My boyfriend couldn’t be by my side – no one could – and I had a massive freakout.

Over the next week, friends delivered food, sent flowers and walked my dog. But it was terrifying. I spent the whole time in bed yet barely slept and I was thoroughly miserable.

I began thinking about what it would be like after lockdown. I realised that if my drinking continued, I would be fatter, more alcohol dependent and depressed. If I then had to spend £3,000 I didn’t have to detox in Thailand I was an idiot. Quitting alcohol – something I’d only considered when really hungover – started to look like a good option. I’d felt terrible being ill but realised I’d felt terrible before that, too.

I decided I wouldn’t have another alcoholic drink during the rest of lockdown. If that was just two weeks, great. If it went on for two months, I would muscle through. The longest I’d gone without drinking before was three days and that was only when I had bronchitis.

In the beginning I only told Gina and my boyfriend what I was doing. They were supportive but probably assumed it was just a reaction to having been sick and wouldn’t last. But, once I fully committed to not buying alcohol, I didn’t find it that difficult. As I wasn’t going anywhere or socialising, there weren’t many temptations. I doubt that I would have been able to stick to it had things been normal.

I thought of my sobriety as a recalibration – it needn’t be for ever. I was just discovering the tools to stop if I wanted to. My daily routine became a dog walk in the park then a visit to the grocer and butcher. I was cooking and paying attention to what I ate. Waking up not hungover, I’d start my day with yogurt and granola. In the past, I’d sworn I’d never be a yogurt-and-granola person. I began drinking three litres of water a day and noticed I was losing weight. I had more energy and my skin was clearer and brighter. No more alcohol-induced heartburn or indigestion, either.

When I had managed 25 days without a drink, Gina recommended Catherine Gray’s book The Unexpected Joy of Being Sober. She explains that introverts use alcohol to boost their confidence and to allow them to join the party. I realised I already was the party – I had defined myself as the drunk party girl and was scared of that changing.

As lockdown started to loosen, I was able to see my boyfriend. We each walked five miles to meet and even though we couldn’t hug, we had a lovely socially distanced picnic – without any wine, which was a first for me. I was getting used to walking miles every day, exploring parks and reading. In the three months I’ve been sober I’ve read more than 50 books. I started telling more friends about my sobriety. It was becoming less of an experiment and more a choice for my future.

At ten weeks sober, I was in Battersea Park in London. An outdoor bar was open and everyone around me had pints – and shimmering rosé. I missed rosé, I missed people, I missed laughter. I queued up and eyed the wine. When I came to order… I asked for a limonata. The next day I went back and, this time, I didn’t hesitate to order my soft drink.

I’ve found that nonalcoholic beer tastes great and goes well with my favourite Chinese food, and I bring alcohol-free wine when I see friends, as I feel more comfortable holding a glass – though the taste leaves a lot to be desired.

Last week, I posted a photo of myself in the sun, plotting some new work opportunities. That’s when Gina replied with the picture comparison. She wasn’t trying to shame me about my life before – she wanted to show me what she was seeing: an amazing physical change, as well as the emotional one that I felt.

While I’ve not said that I will never drink again, I’m leaning towards the sober version of myself. I’m excited for life after lockdown – I’m still planning to be slap-bang in the middle of the party, but not crying afterwards.