A career-driven feminist determined to ‘never depend on a man’ has frozen some of her eggs so she can start a family by herself whenever she pleases.

Amela Smailbegovic from Orlando, Florida, is a real estate magnate and entrepreneur who operates across the US, and has ‘never depended on a man for anything’.

Now 37, she fled the former Yugoslavia in 1994 as a brutal civil war erupted, which eventually saw the creation of five separate countries including her native Croatia.

Arriving in North America with just the clothes on their backs, Amela’s parents – Dubravko Smailbegovic, 68 and Alma Smailbegovic, 67 – instilled in her the importance of being independent.

Amela Smailbegovic, 37, from Orlando, Florida, has ‘never depended on a man for anything’ and is freezing her eggs so she can have a baby on her own

And she credits her upbringing with giving her the grit to succeed in life alone.

‘I guess my main mantra has always been female empowerment and women succeeding in business,’ the Instagram influencer, who has nearly 51,000 followers said.

‘I’m one of the few women in my position because it’s always been led by men. 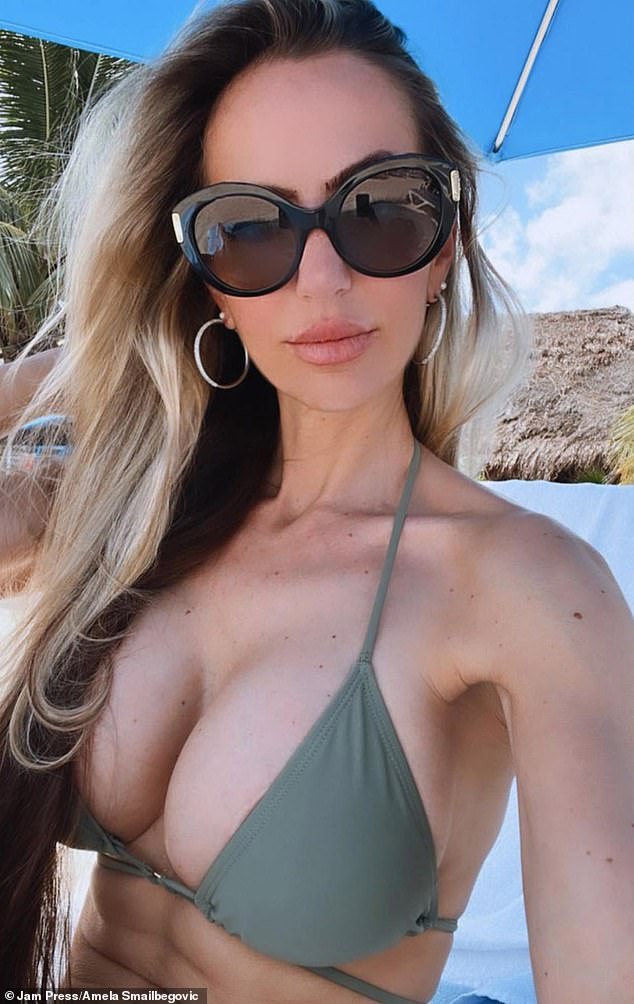 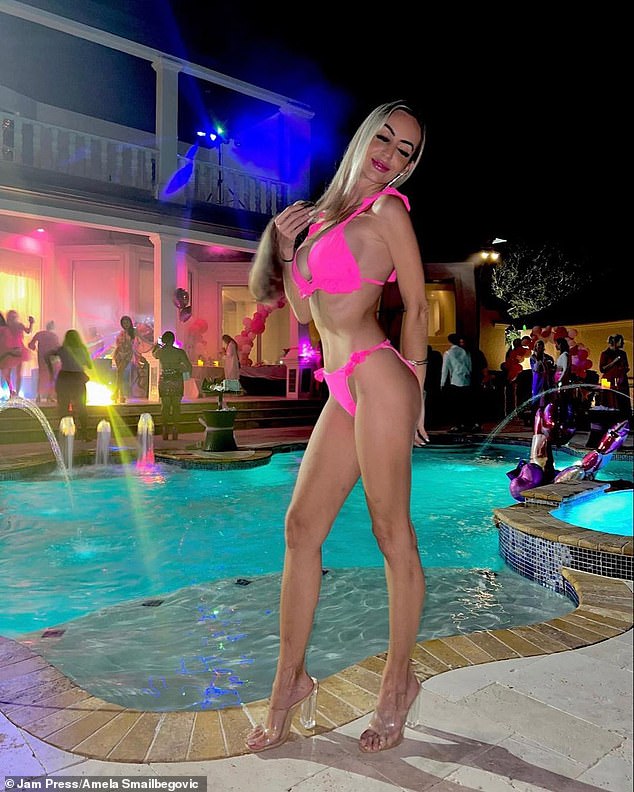 The glamorous real estate magnate, pictured at a pool party, said she’s learned to fight for her spot in a male-dominated industry 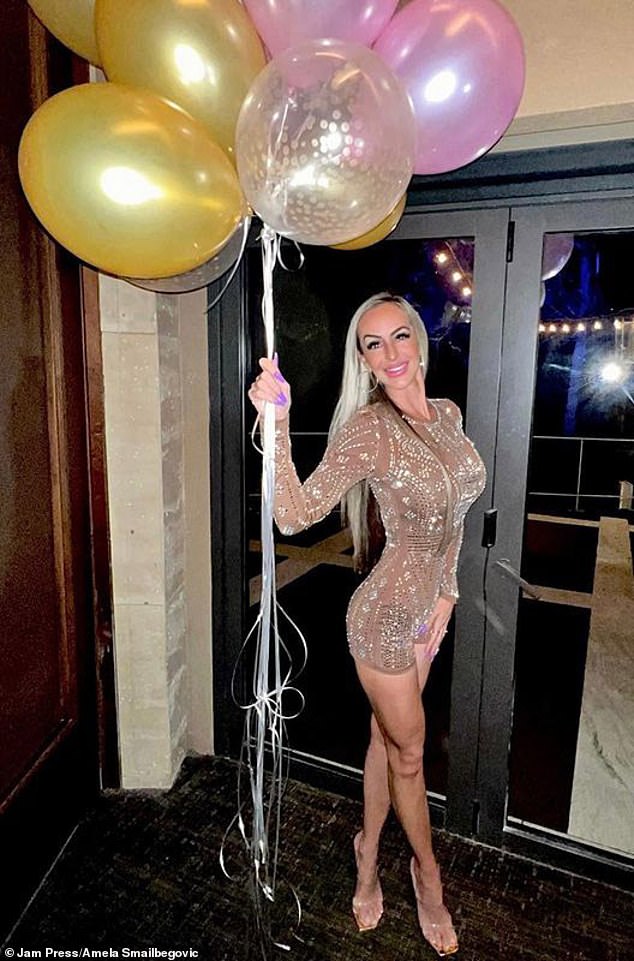 The entrepreneur said she was so busy with her career that she didn’t notice time passing, and it’s only recently that she’s turned her attention to her biological clock

‘You have to fight extra hard for your voice and for your spot.

‘Maybe that’s why I’m 37, not married and settled because I focused all my time on getting myself established.

‘I’ve never been dependent on a man for anything and never will be.

‘That’s kind of been my main drive.’

Amela had set herself a deadline for having a child – at age 39 at the latest. 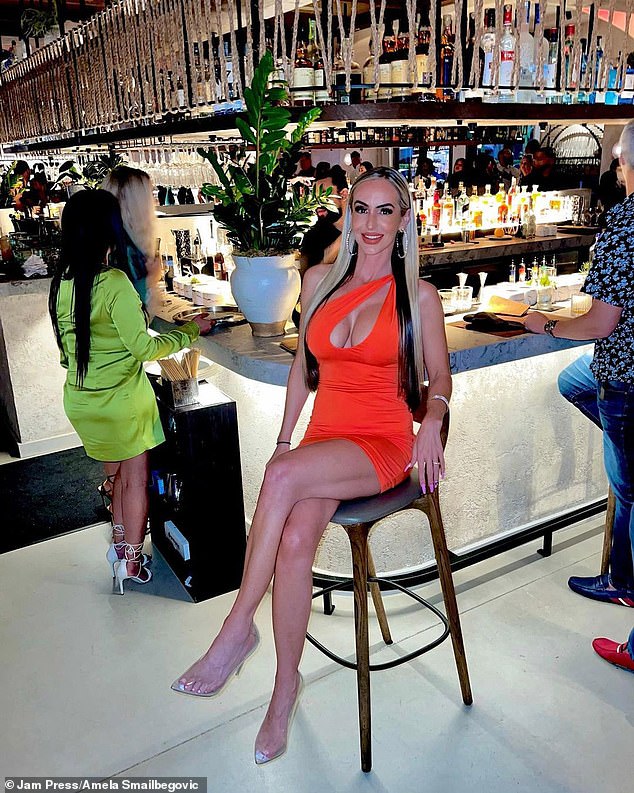 Glamorous Amela on a night out at a bar. She said that her priority has always been finding a great male role model and father for her children and that she won’t settle for anything less 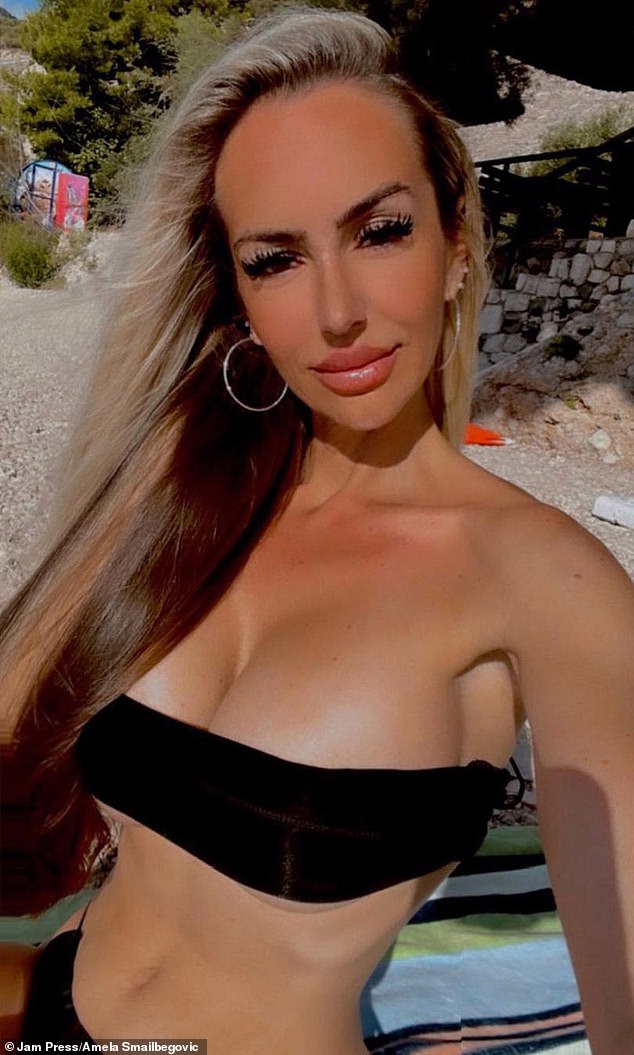 Amela, pictured sunbathing, said she’s prepared to go it alone as a single mother because she’s never relied on a partner for anything

Many of her friends have already settled down and had children, and she now feels that she has done enough ‘ground work’ to comfortably have a family.

But she says this will happen whether she finds the man of her dreams or not.

During the pandemic, she realised how much she wanted to become a mother and did two rounds of IVF – and is now set to freeze her eggs.

‘I always said that I’d have a child by 39 so that gives me two years. 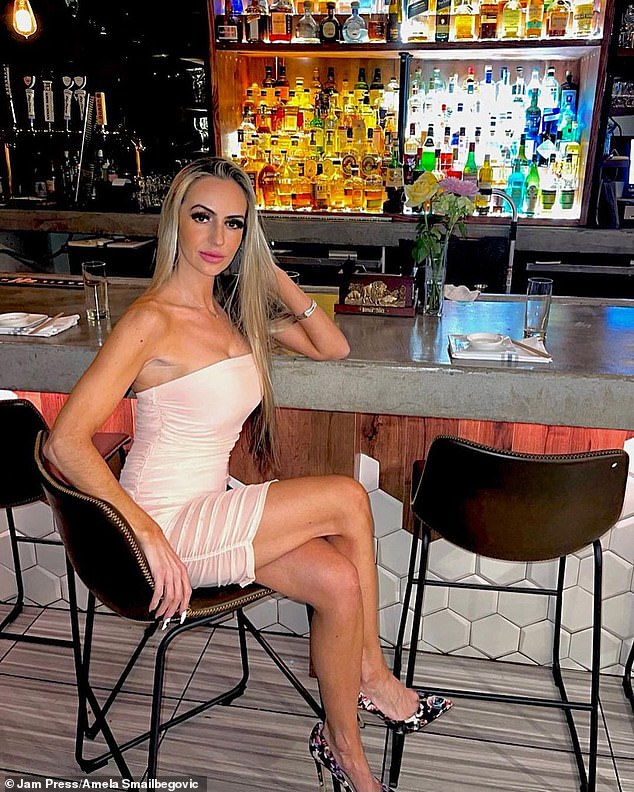 Amela has set herself a deadline of 39 to have her first child by, which gives her two years to conceive 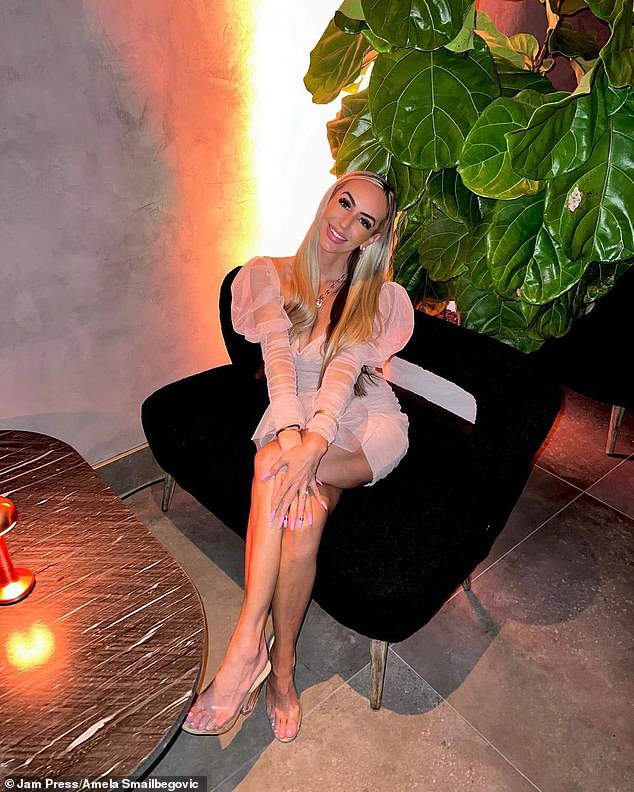 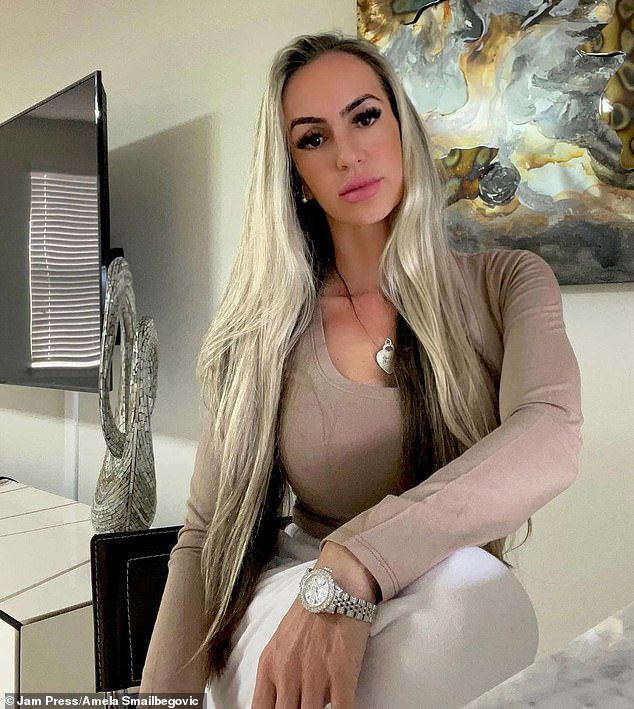 ‘I was so focused when I was young in being successful and independent that it never dawned on me that the biological clock is ticking until recently.

‘Even as a young girl, I was never one of those girls who can’t wait to get married, settle down and have kids.

‘I stray from the societal norms they place on us and would rather have a loyal, healthy partnership. 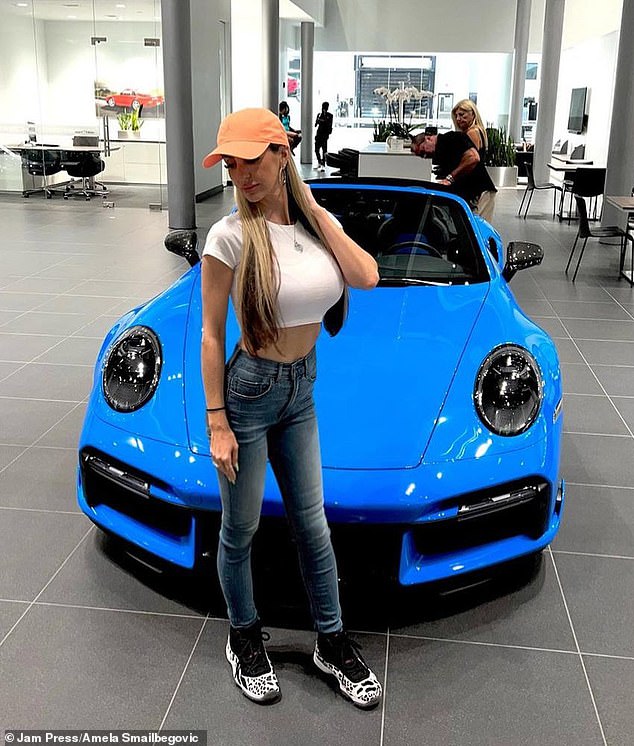 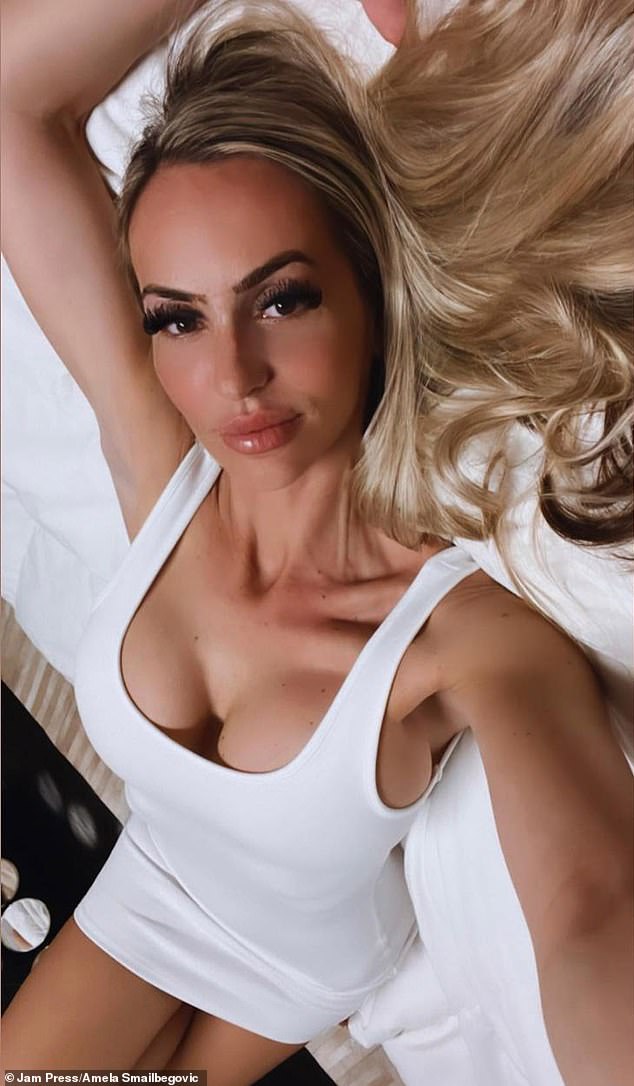 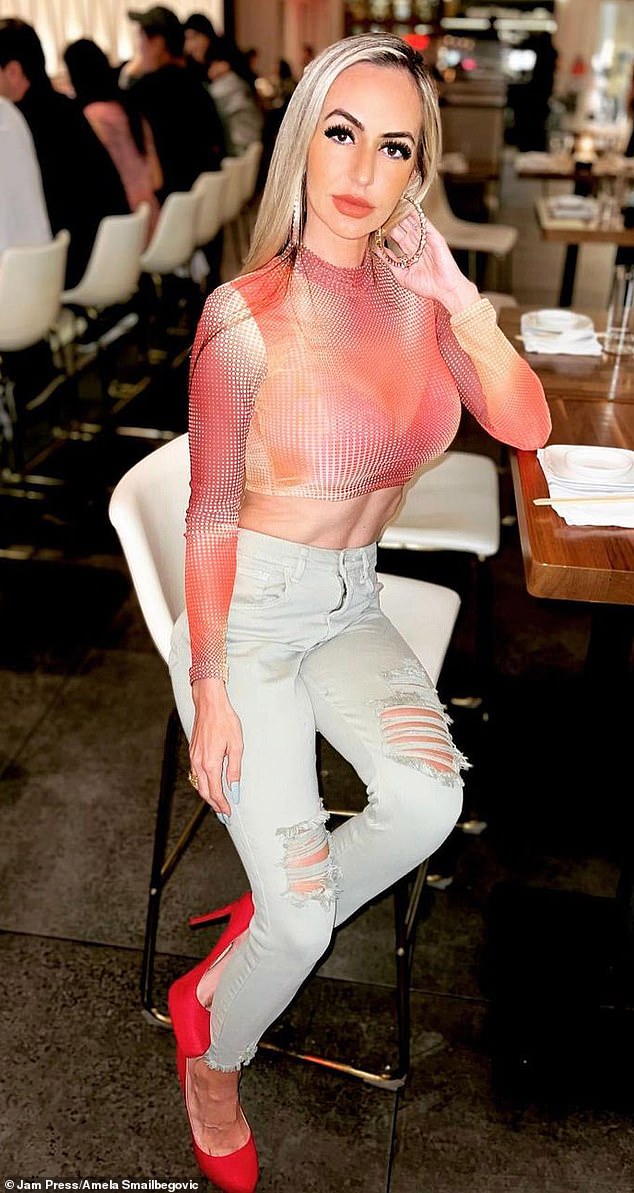 Going it alone: When Amela was growing up she was never focused on marrying and having children, but now in her late 30s she does want a family of her own 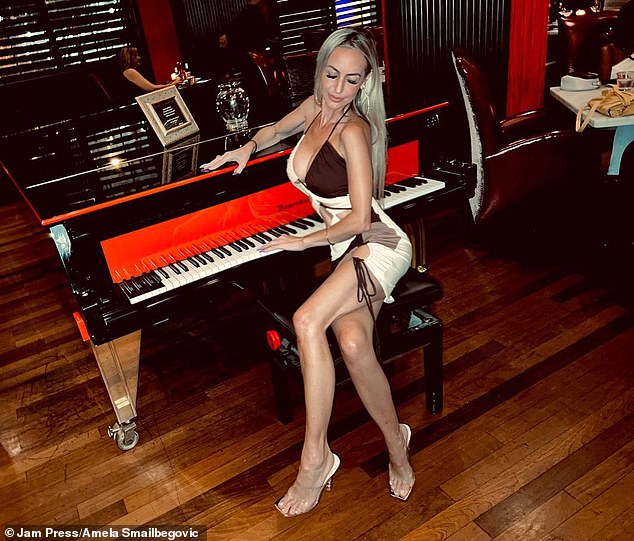 ‘That’s just my personality trait, wanting to do a lot. But that has taken time and you kind of get put on autopilot.’

And thanks to her lucrative career, the potential single mother wouldn’t have to worry about money either.

She is currently a top manager in a timeshare firm generating $30-40 million in annual sales.

Amela also feels she has a great support system with her parents and ‘amazing friends’.

She added: ‘However, marriage or not, I’d prefer my child to have a great father and male role model, which is why I held off.’

Women up to age of 50 are freezing their eggs despite ‘slim chance’ of getting pregnant, experts warn

Boom in egg-freezing is down to ‘selfish MEN’ and not career-minded women, claims academic who’s spent years researching the trend

What to expect when you freeze your eggs: Everything we know – and don’t – about the latest trend in fertility treatment