‘I wish I could say I was surprised, but I’m no’

Erin Lee Macke, 30, was arrested on Thursday for leaving her four young children home alone while she flew to Germany for an 11-day trip

The ex-husband of a woman who left her four children at home unsupervised to go on a trip to Germany is furious but not surprised at his former spouse’s behavior.

Matthew Macke said Friday that his ex-wife, Erin Lee Macke, was completely negligent in her duties as a parent and believes her actions were ‘deliberate.’

‘I am really angry, but I wish I could say I am surprised, but I am not,’ Matthew told Inside Edition during an interview.

‘In my eyes it was a clear and deliberate intentional act,’ he said.

Police in Johnston, Iowa conducted a welfare check on Erin Lee Macke’s house on September 21 after receiving a tip that her kids – 12-year-old twins (a boy and a girl), a seven-year-old girl and a six-year-old girl – were left alone.

According to the criminal complaint, Macke left an unloaded Glock 9MM handgun on top of her dresser, next to two magazines – one fully loaded and one partially loaded.

Matthew Macke, who is an officer with Anamosa police department, confirmed that his children are ‘doing well’ following the incident. 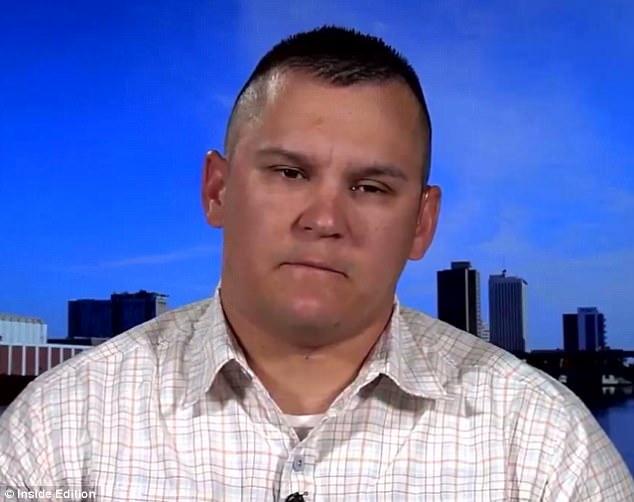 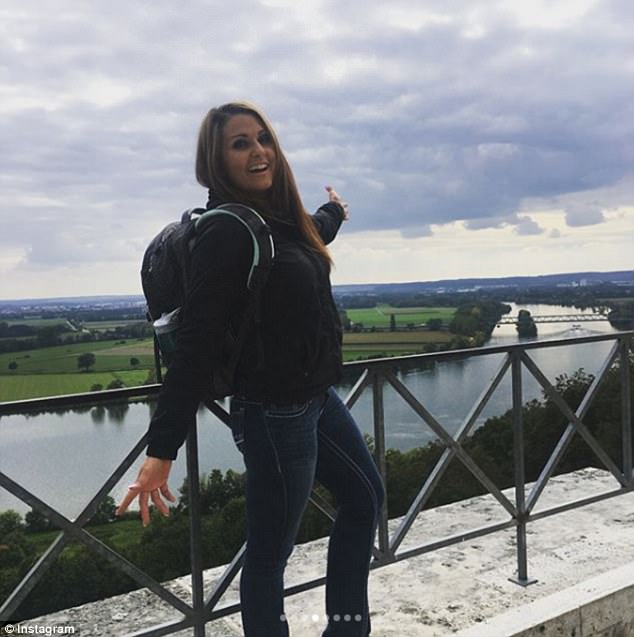 Macke posted several photos to Instagram from her trip to Germany, including this photo of herself smiling and throwing her hands up in front of the Danube River in Bavaria 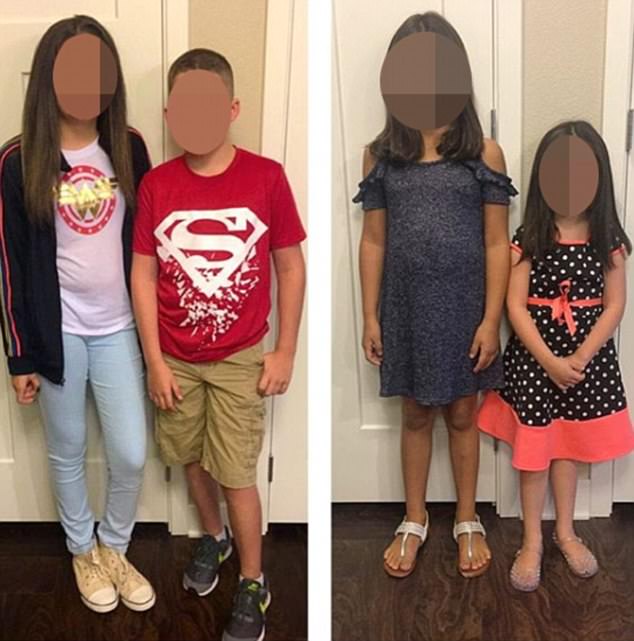 Macke’s four children are pictured above on the first day of school in August. Her 12-year-old twins are on the left, and her seven- and six-year-old daughters are on the right 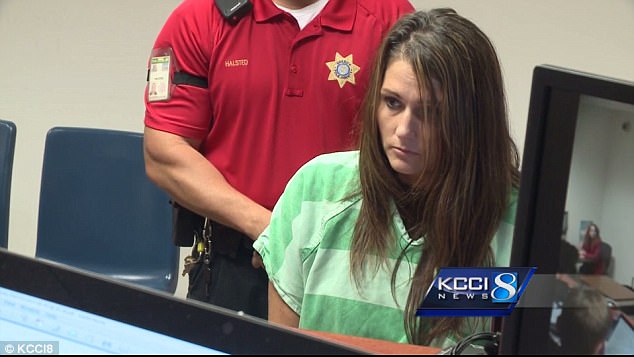 Macke is pictured above during her first court appearance on Thursday, when she was ordered held in lieu of $9,000 bail

‘If she wants to take a vacation, more power to her,’ her ex-husband said. ‘But she has a responsibility as a parent.’

The children told police that their mom had left for Germany the day before, and didn’t plan to return until October 1.

When police called Macke abroad, she said that all of her babysitters fell through so she decided to leave the kids home alone.

‘Investigators confirmed that Macke had made no arrangements to provide adult supervision or care for the children while she was away,’ the police department said.

Police told Macke that was unacceptable and ordered her to return home immediately.

But she only cut her trip short by four days, returning to the U.S. Wednesday night. She was arrested Thursday morning and charged with four counts of child endangerment and one count of making a firearm available to a person under the age of 21.

‘I’ve never heard of anything like this before,’ Johnston Police Lt. Tyler Tompkins told KCCI. ‘We have situations where parents go next door or parents may go out for the night, and while that’s not advisable either depending on the age of the children, obviously leaving the country is a totally different situation. This, where a parent has left the country and left the kids home alone, I’ve never heard of it before.’

It’s unclear why Macke traveled to Germany, but the end of September is a popular time to visit the European country since it’s when the annual Oktoberfest festival takes place in Munich, the capital city of the Bavaria region. This year’s Oktoberfest, a two-week beer festival, began September 16 and ends October 3.

Photos posted on Macke’s Instagram last week show her touring Bavaria with a girl friend and a baby. 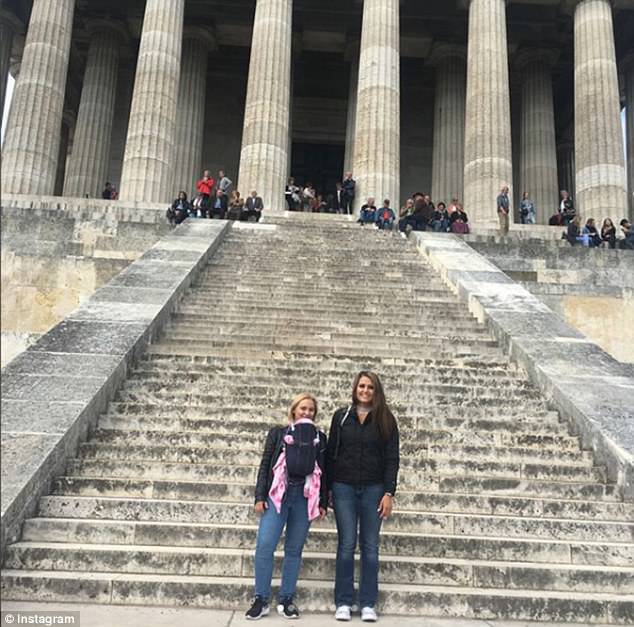 It’s unclear why Macke visited Germany, but her photos suggest that her trip was purely recreational. She’s seen above with a girl friend outside of the Walhalla Memorial in Bavaria 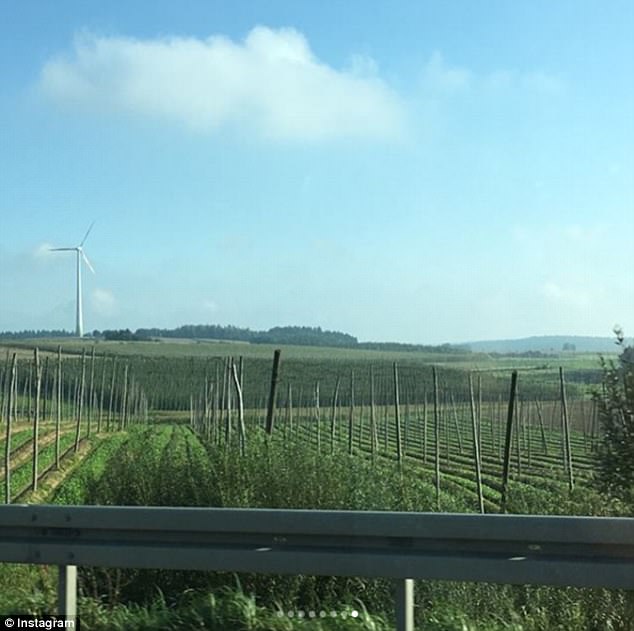 The end of September is a popular time to visit Germany, since it’s when Oktoberfest takes place. It’s unclear if Macke planned to attend the beer festival, but it’s likely since she was traveling around Bavaria and Oktoberfest takes place in the Bavarian capital of Munich. Above, a picture that Macke took of a field of hops – an important ingredient in beer 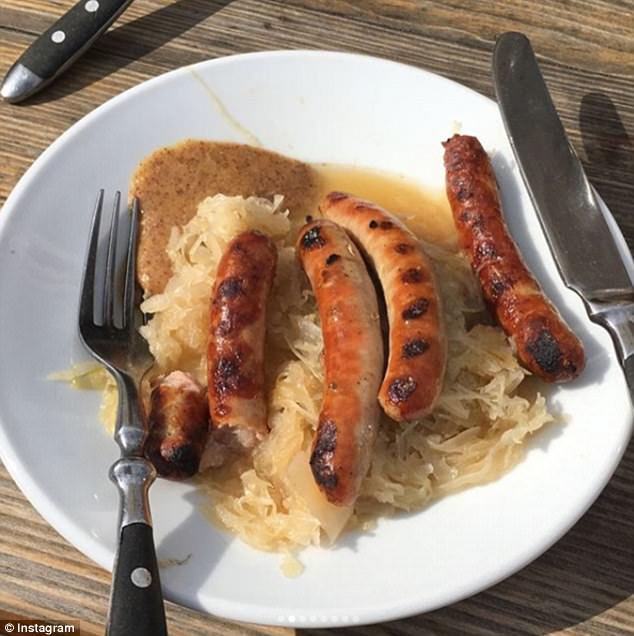 The pictures show they visited the Walhalla Memorial and Regensburg Cathedral, ate bratwurst and saw fields of hops – an important ingredient in beer.

In one photo, Macke poses next to the Danube River, throwing her hands up in the air and smiling. That picture was posted on Tuesday, five days after police found her abandoned children.

Public records indicate that Macke filed for divorce from her ex, Matthew, in 2013.

Macke is being held in lieu of $9,000 bail at the Polk County Jail.

A judge ordered Macke not to contact her children. She is due back in court on October 9. 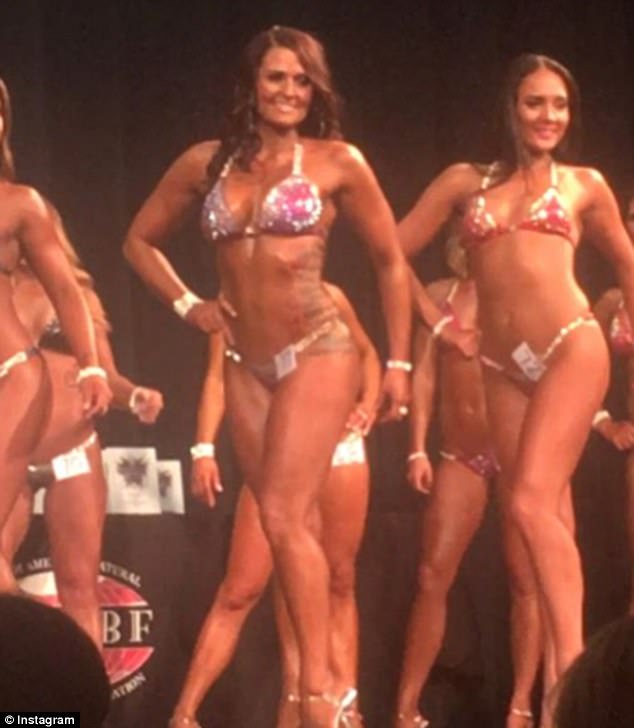 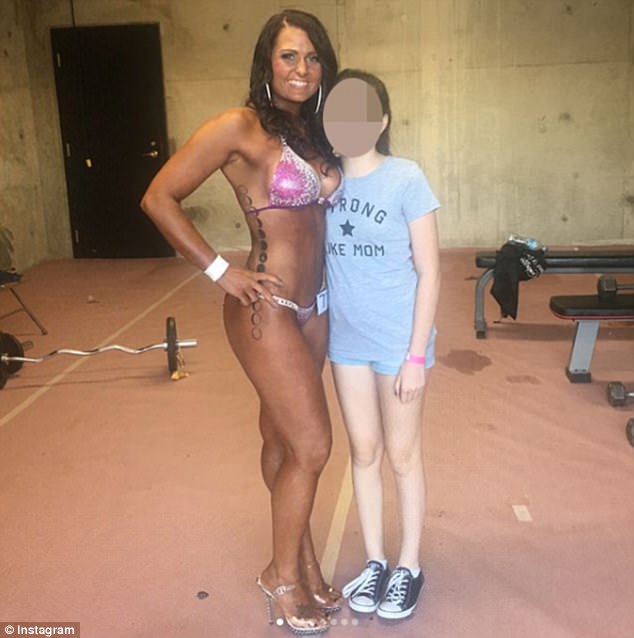 Above, another picture of Macke from the competition, posing with her eldest daughter 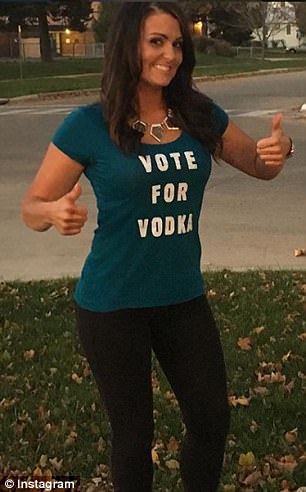 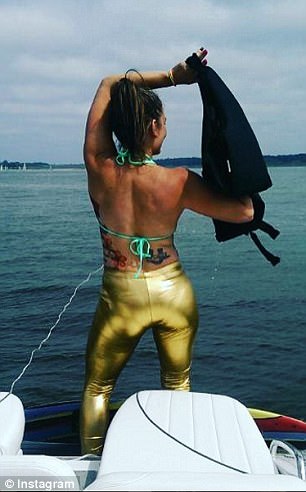 In court on Thursday, Macke was ordered not to have contact with her children 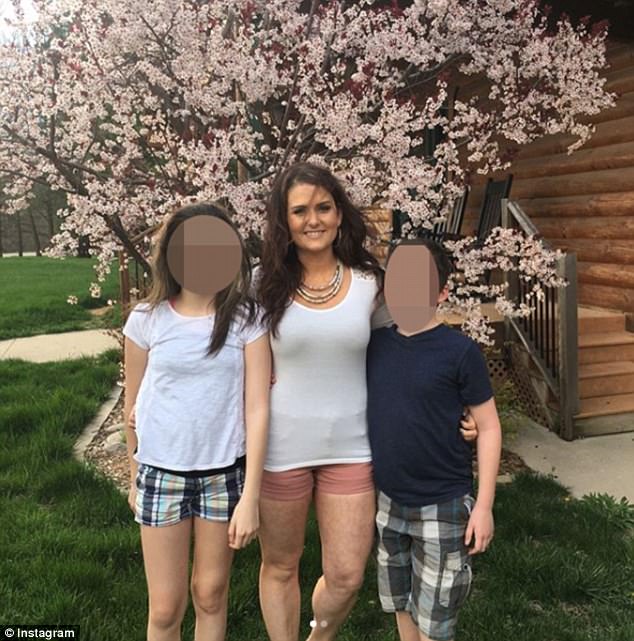 Macke pictured above with her two olest children, 12-year-old twins, above 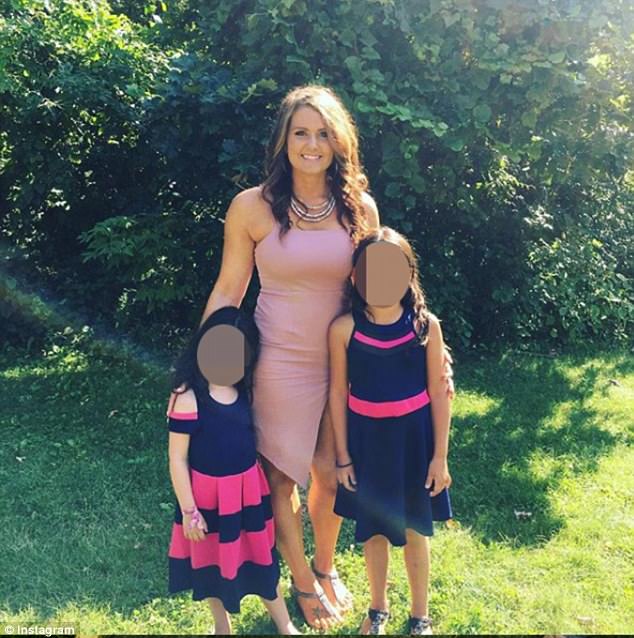 Macke pictured above with her two youngest daughters above