‘I would be trolled’: Bob Hawke’s widow has revealed she won’t go online because of former PM

‘I know I would be trolled to death’: Bob Hawke’s widow reveals she is frightened to use social media because her relationship with the former PM started as an affair

Bob Hawke’s widow Blanche D’Apluget has revealed she is too frightened to use social media because she ‘would be trolled to death’.

Ms D’Alpuget, 75, was the former prime minister’s long-term mistress until the iconic leader left his First Lady and wife of 39 years, Hazel Hawke, in 1995 to marry his biographer.

The marriage shocked the nation at the time.

But despite being happily married to Australia’s most popular prime minister for more than 20 years, she still fears reprisals from online trolls.

Bob Hawke’s widow Blanche D’Apluget has spoken about her life six months on from the passing of her husband (Bob Hawke and his wife Blanche d’Alpuget attend the opening night of ‘The Secret River’ at the Sydney Theatre Company on January 12, 2013)

‘What happened to me earlier on was an intense judgmentalism, which was really very unfair,’ she said.

‘But I still don’t blog, or Facebook, or Link-In or any of that, because I know I’d be trolled to death.’ she revealed to The Sydney Morning Herald.

D’Alpuget, 75, has recently relocated from the lower north shore mansion she shared with Bob to an apartment overlooking Sydney’s Hyde Park.

‘I deliberately have not got a single picture of Bob here. Well, I do have one photograph – of my wedding – but that’s all. I didn’t want to be reminded’.

D’Alpuget is a writer by trade with eight published novels to her name and said she has now thrown herself back into her writing.

D’Alpuget and Hawke first met at a party in 1970 when she was 26 and the wife of Australian diplomat Tony Pratt – based in Jakarta with five servants and a chauffeur.

The pair did not meet again until six years later when D’Alpuget was researching a book on the history of trade unions and the labour movement in Australia.

It was at this point her affair with Hawke began, though it took a backseat when he decided to have a serious swing at politics in 1978. 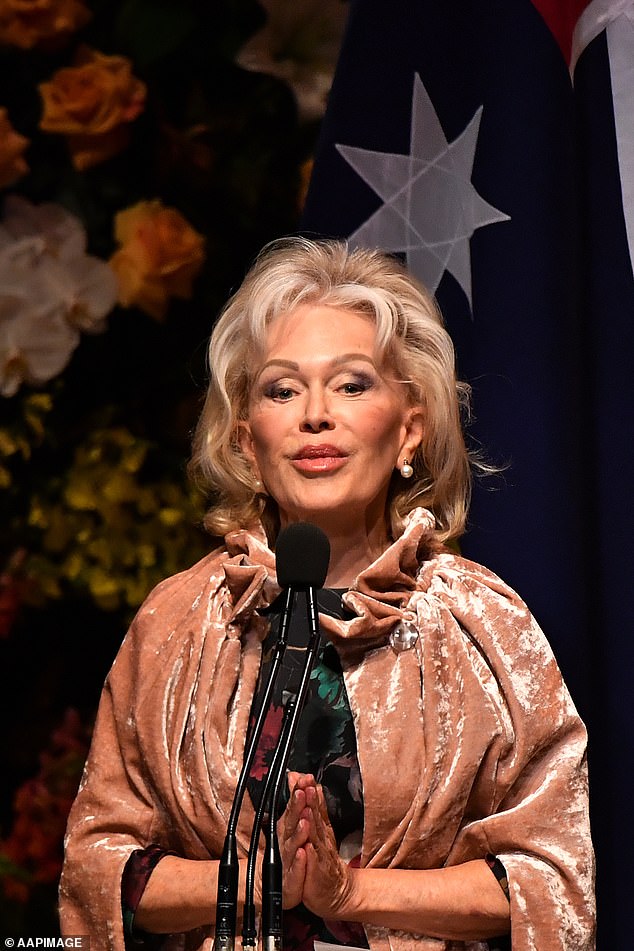 Then in 1993 D’Alpuget, having divorced her husband Tony Pratt six years earlier, was travelling in a light plane that plunged into the ocean in far north Queensland.

Remarkably, she survived and had swum out a smashed window and was rescued by a passing yachtsman.

Hawke was reportedly devastated but when he learned she was alive and well his attitude towards their relationship had changed.

Within two years he had divorced his wife Hazel and married D’Alpuget.