Former England and Arsenal footballer Ian Wright has given his backing to Sky Sports presenter Kirsty Gallacher over her drink-drive shame.

The mother-of-two had consumed so much booze on a night out that she was three times the legal limit at 11am the next day when she went to meet her two sons in Berkshire.

The former Strictly contestant, 41, had been drinking until 3am before she drove her £40,000 BMW X4 eight hours later and was pulled over for driving erratically. She had been going through stressful divorce proceedings from ex-rugby player Paul Sampson, East Berkshire Magistrates’ Court in Slough heard.

Gallacher was banned from driving earlier this week after admitting one count of drink-driving.

And Wright, 53, who presented Gladiators with Gallacher in 2008 on Sky One, said she that she would be forgiven if she was a ‘man or footballer’. 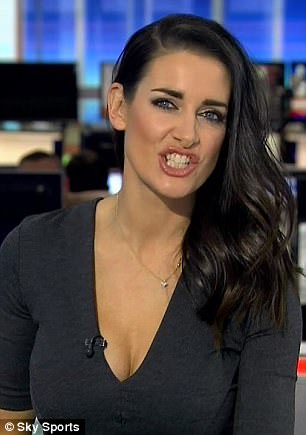 Kirsty Gallacher blamed the ‘stress of divorce’ for her drink driving in court on Monday (left) – but she will not be sacked by Sky Sports  despite her court case, a source said 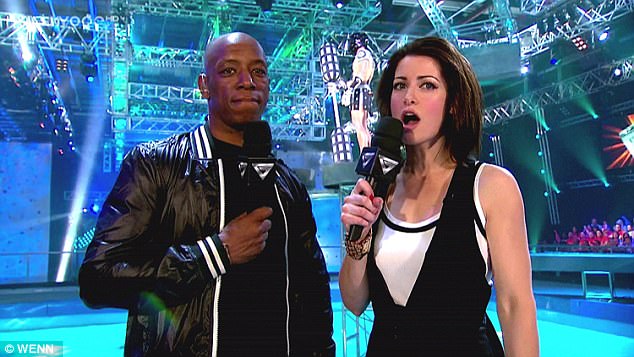 Wright, 53, who presented Gladiators with Gallacher in 2008 on Sky One, said she that she would be forgiven if she was a ‘man or footballer’

The striker, who played 33 times for England, tweeted: ‘Love you @TheRealKirstyG hang in sis we all make mistakes (sic) Some of the is so unfair. You would be forgiven if you were a man or footballer.’

A breathalyser test found she had 106 micrograms of alcohol per 100 millilitres of breath – more than three times the legal limit of 35 micrograms.

District Judge Davinder Lachhar told her: ‘It is a very high reading considering it’s 11 o’clock in the morning.

‘Usually the following morning, readings are low. I have to take that into account as an aggravating feature as far as I’m concerned. In your case, the reading is a very high one.’

Gallacher – the daughter of former Ryder Cup captain Bernard Gallacher – had met friends after work on August 11 at The Winning Post pub in Winkfield, Berkshire, where they stayed until 3am. 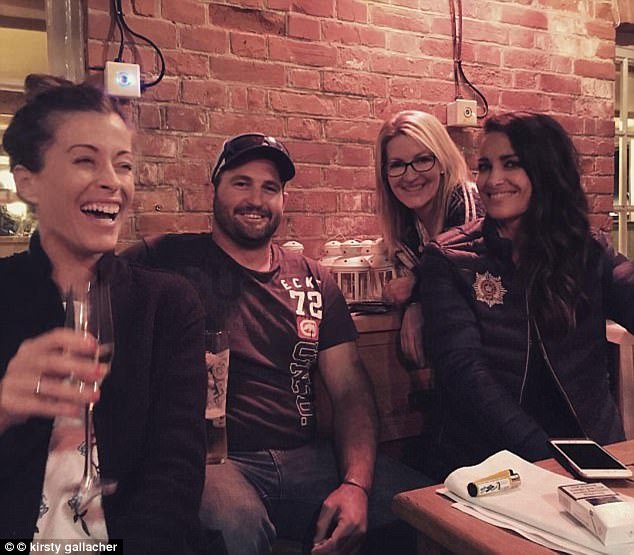 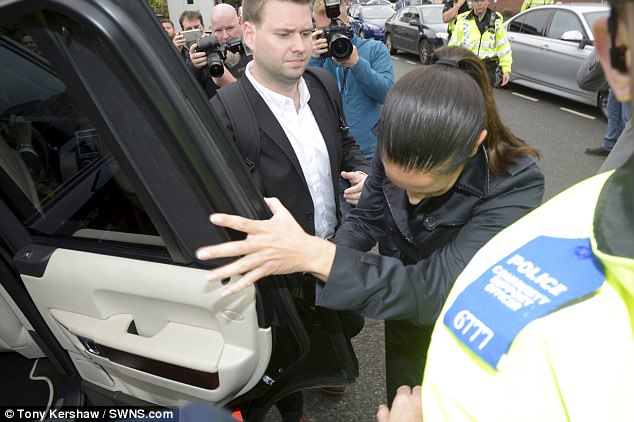 Gallacher is led into a car by her legal team as she leaves Slough Magistrates’ Court,  where she looked tearful as she was sentenced 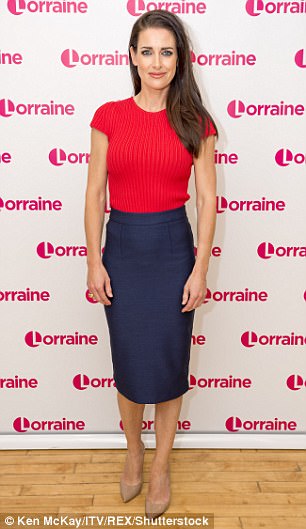 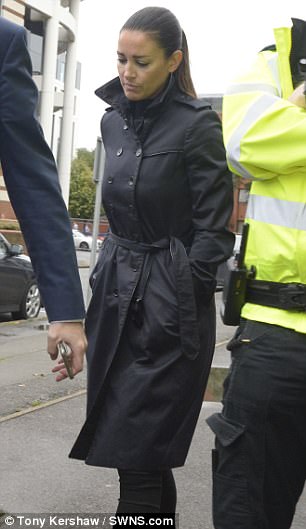 She posted a picture to her 183,000 followers on photo-sharing app Instagram of her and friends sipping champagne.

Gallacher left her BMW at the pub overnight and took a cab home, before taking another taxi back to her car the next morning and driving eight miles to Eton to meet her children, who had been staying with their father.

The Sky Sports News presenter, of Virginia Water in Surrey, had been due to take Jude, seven, and ten-year-old Oscar shopping for school uniforms.

But she was spotted driving erratically and, after a tip-off, police used CCTV to find her BMW parked on Eton High Street and arrested her next to it.

Officers said she smelled of alcohol and gave her a breathalyser test.

She said: ‘This is extremely unusual for her. 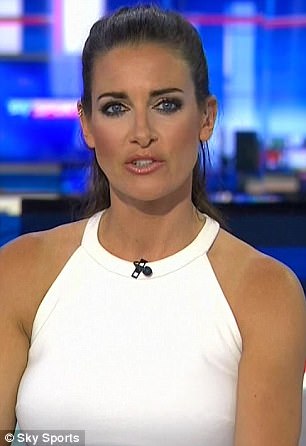 Police said Gallacher smelled of alcohol and gave her a breathalyser test, which she failed at 11am

‘She is not someone who normally drinks to excess. She had no intention of drink-driving, what she did was exactly right until 11 o’clock in the morning. If she knew she was over the limit, she never would have driven and she is horrified she’s in this position.

‘This is a young lady, it has been a stressful time.

‘There are difficulties arising from the breakdown of her marriage, the final hearing for which is next week.’

Gallacher was banned from driving for two years and ordered to do 100 hours’ community service, as well as pay £85 in costs.

The court heard that her divorce from 40-year-old Mr Sampson had been costly.

Miss Dempster also said the presenter had not been planning to drive home with her children immediately, instead going for lunch and shopping. Probation officer Jasvir Kaur Bhatti said Gallacher had ‘a busy week at work’ and ‘doesn’t normally drink in this way’.

He said: ‘There was no intention to drive while over the limit.

‘She did not realise she was over the next day. She does not have a drink problem.

‘She works long hours, goes to the gym and drives a lot so she does not usually drink.

‘There are divorce proceedings going on at the moment which are stressful. She is very remorseful and apologises.’