The Icelandic techno-BDSM-punk fusion, anti-capitalist-inspired Eurovision representatives revealed they have been warned by producers to tone down the political messages, as the UK hopeful aims for a long-awaited win.

The final takes place in Tel Aviv tonight to the tune of much scrutiny in that it’s taking place in Israel – as Palestine suffers from alleged crimes from the state.

The leather-clad band, Hatari, have said that their song ‘Hatred Will Prevail’ is a warning about the rising tide of populism, and with Madonna being confirmed as a performer at the finale, the resulting maelstrom threatens to overshadow the UK’s efforts for a first since Katrina and the Waves’ victory in 1997.

The favourites to win

The UK entry is currently 200/1 to win the show

Matthias Tryggvi Haraldsson, 25, the lead singer of Hatari – or ‘Haters’ – said of their song: ‘Hate Will Prevail is a reflection on power and powerlessness, hope and hopelessness; it’s a warning about what will happen if we don’t love each other, if we give up on peace and unity, because then hate will indeed prevail.

‘And we feel these are relevant themes to the context of this year’s contest.’

His band have run into trouble with organisers over their outspoken views on Israel, even being threatened with expulsion.

They travelled to Hebron upon arrival in Israel and claimed to have seen apartheid in the city on the West Bank. 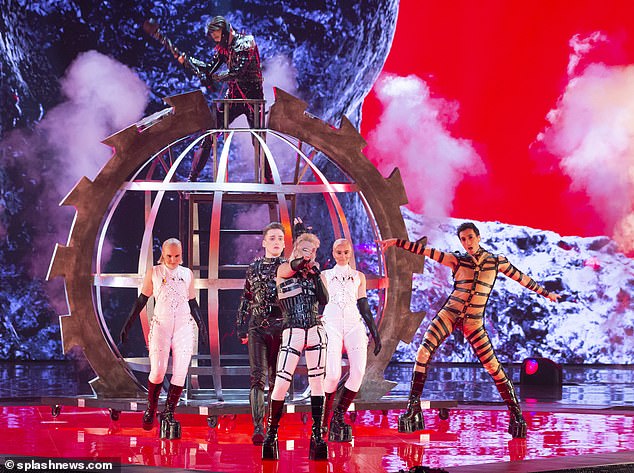 Hatari perform at the first semi-final of the Eurovision song contest 2019 in Tel aviv, Israel

They now say they will stay clear of ‘buzzwords’ like apartheid that prick the ears of producers and will use their performance as ‘a platform to uphold a critical discussion about the context of this year’s contest’.

The context within an Icelandic frame is that 20,000 people in the country signed a petition against the international song contest going ahead in Israel because of Israeli human rights abuses. Iceland were the first nation to recognise Palestine as a state in 2011.

Haraldsson added that Eurovision organisers have ‘made it very clear that we have stepped over the line and reached the limit of their tolerance.’ 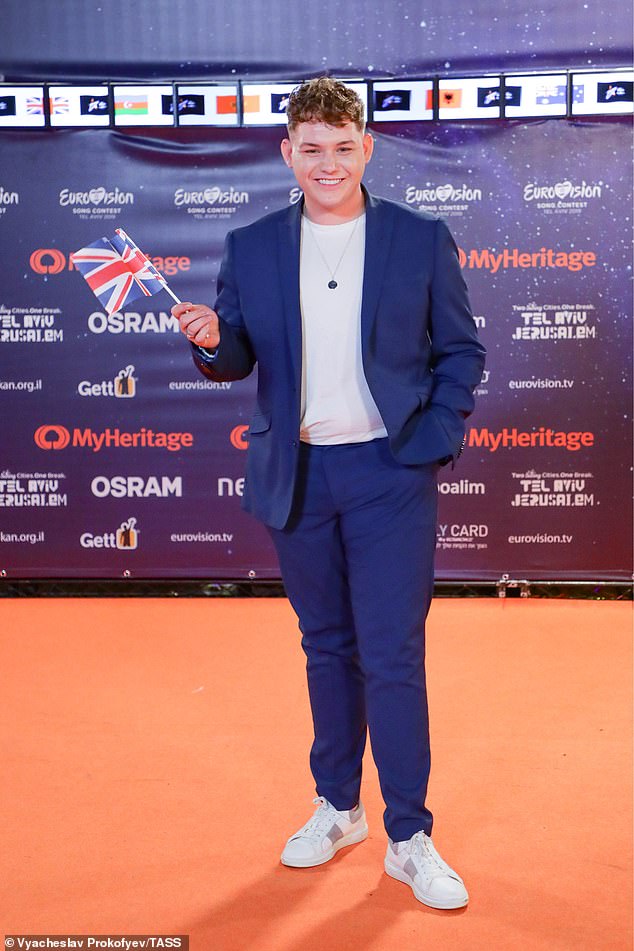 Flying the flag for Britain is Michael Rice, a former X Factor contestant, with Bigger Than Us. Despite the even bigger than usual media craze around the competition, he insists: ‘I’ve got my game face on, and I’m ready to go out and give the best performance.’

Speaking with the BBC, he added: ‘We aren’t a popular country in Europe. Everything is against us. But if we sent a decent song we’d do okay.’

He, unlike the Icelandic entry, insists that: ‘We should be focusing on the music and getting the right song instead of droning on about stuff like that.’ 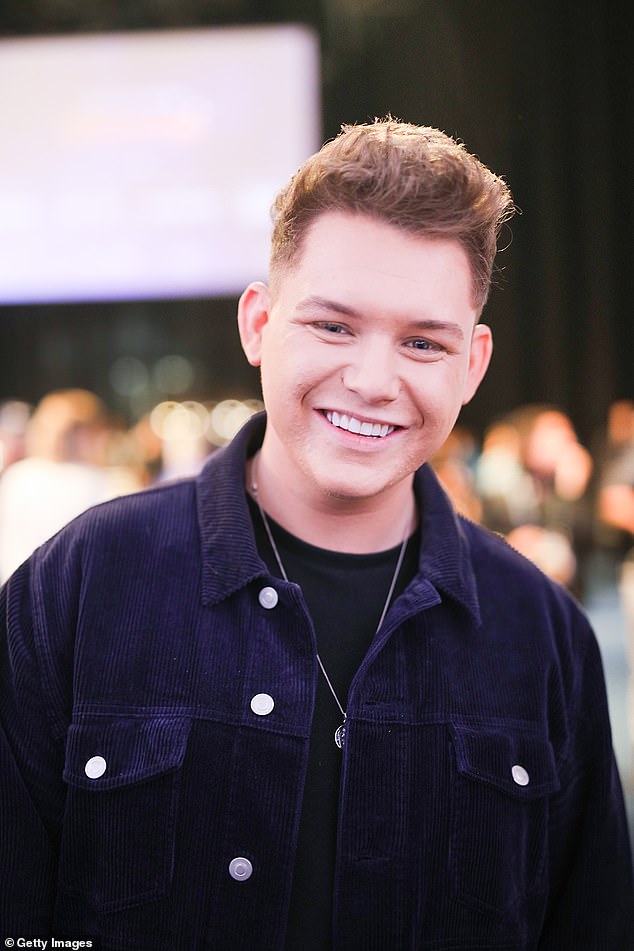 Rice, 21, said: ‘We aren’t a popular country in Europe. Everything is against us’

The ‘stuff’ the 21-year-old from Hartlepool was referring to is politics. He added that he’s ‘sick of being asked about Brexit, constantly all the time’.

‘I’m just a singer; I’ve never even thought about politics,’ he added.

Rice got a by-pass to Saturday’s final, being the face of one of the ‘big five’ nations but faces stiff competition in the firm favourites, the Netherlands.