Iceland’s first female pro-golfer hits a hole-in-one during the opening round of a U.S. championship

An Icelandic female golfer ranked 188th in the world has hit a spectacular hole-in-one at the ANA Inspiration – the first ladies’ major of the year.

Having reached the 181-yard 17th hole, Olafia Kristinsdottir was three-over-par, but an astonishing tee-shot dropped on the green 20 yards from the pin.

It then rolled a perfect course into the hole – an ace in her first-ever appearance at the California tournament, CNN reported. 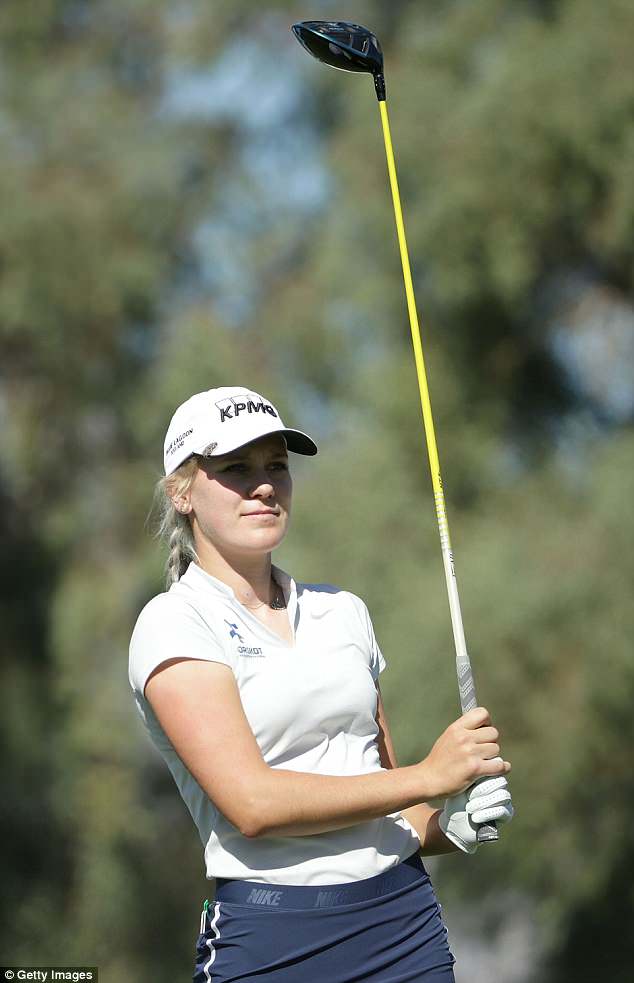 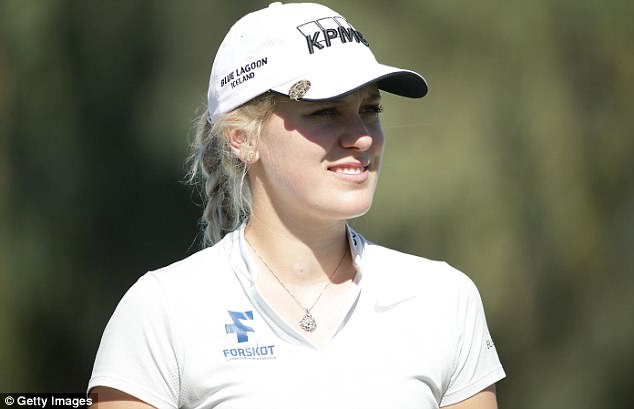 The golfer said that her fiance Thomas Bojanowsk was her ‘secret weapon’, helping her ‘to focus on the right things at the right times’

For a nation of 335,000 people, Iceland is punching well above its weight in the sporting world.

Its soccer players grabbed the attention of the world when they became the smallest nation ever to qualify for a World Cup in October – but it wasn’t team captain Gylfi Sigurdsson who took the 2017 Icelandic Sportsperson of the Year award.

That honour went to Kristinsdottir, her country’s first female pro-golfer whose impressive form last year seems to have continued into 2018.

Her wonder shot won her two first class tickets to fly anywhere in the world, courtesy of the tournament sponsors ANA.

The 2020 Games offer Kristinsdottir a chance to secure another record for her country – she could become the first Icelander to win an Olympic gold medal.

‘I had to learn the hard way to play maybe four to five weeks in a row and then take a rest.’

She said that her fiance Thomas Bojanowsk was her ‘secret weapon’, helping her ‘to focus on the right things at the right times’.