An iconic Italian abbey that inspired the film The Name Of The Rose has been badly damaged by a fire.

Emergency services have been fighting to put out the blaze which started in the roof of the San Michele della Chiusa shortly after 9pm on Wednesday.

The 1000-year-old chapel dates back to the Roman period and inspired the 1986 film The Name Of The Rose, starring Sean Connery.

Firefighters have reportedly struggled to get enough water to quell the blaze due to the remote location of the monastery, based in hilltop village in north-western Italy. 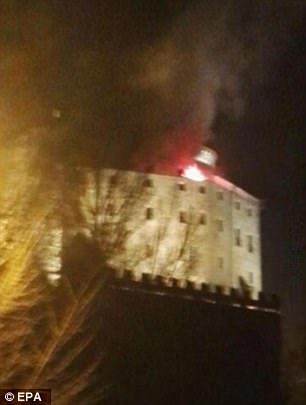 Historic: A fire has broken out at one of the oldest abbeys in Europe after a blaze spread across the roof of the Abbey of San Michele della Chiusa in Italy just after 9pm last night 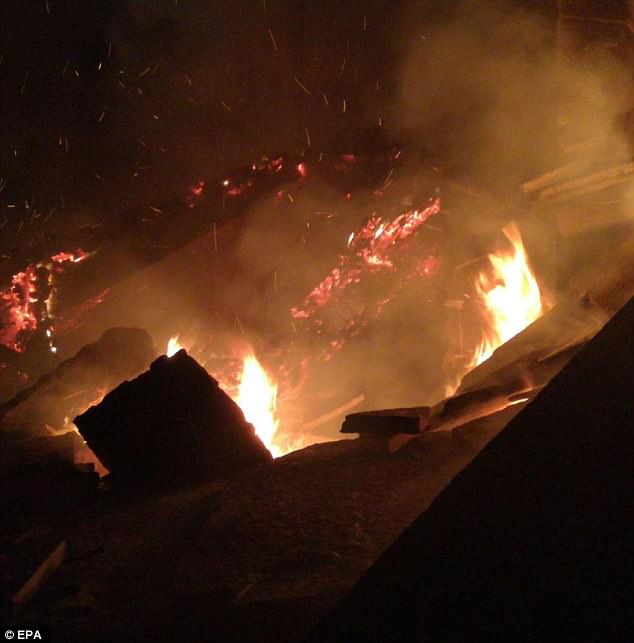 Italian author Umberto Eco used the place of worship as the setting for his debut bestselling novel The Name of The Rose, published in 1980.

The text was turned into a Hollywood blockbuster in 1986 starring Sean Connery as William of Baskerville and Christian Slater as Adso.

Flames engulfed the guesthouse of the abbey as firefighters attempted to quell the blaze.

There are no injuries reported so far but a team of Red Cross charity officials had arrived to help. 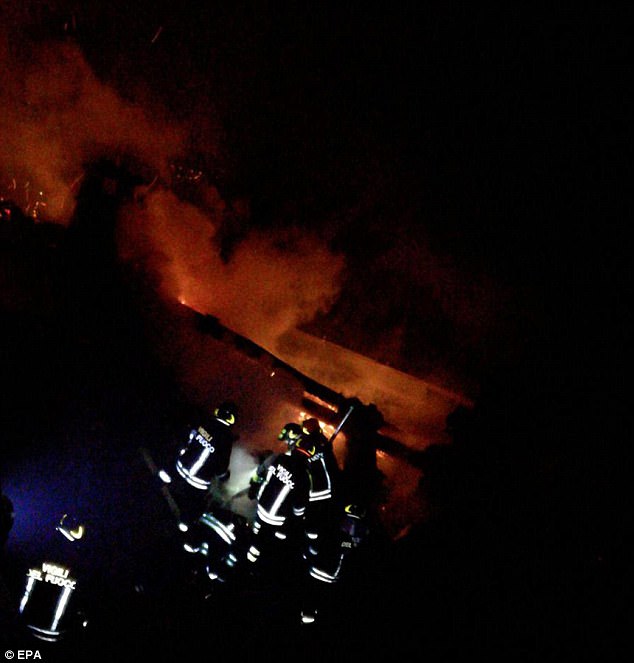 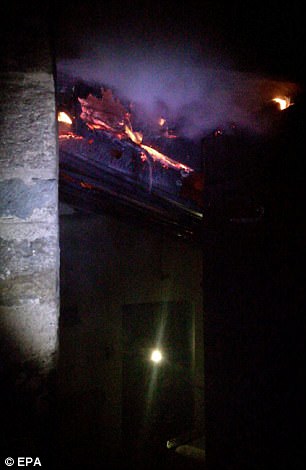 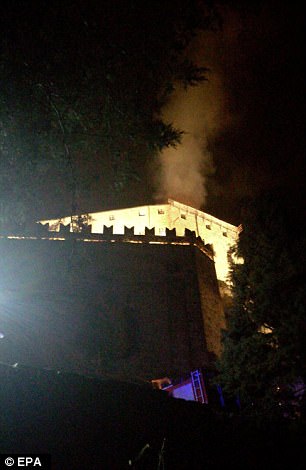 The place of worship dates back to the Roman era and inspired Italian author Umberto Eco as the setting for his debut bestselling novel The Name of The Rose, published in 1980 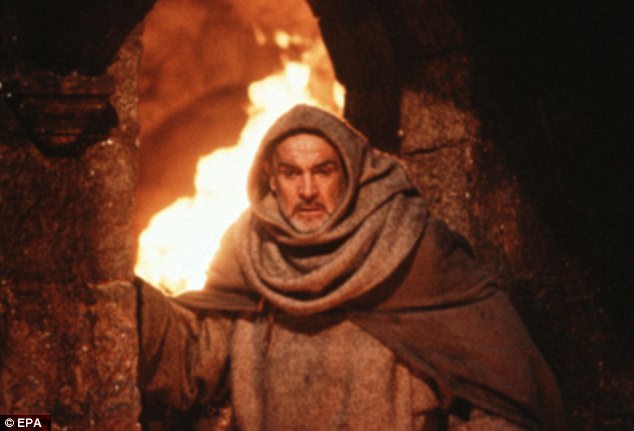 Pictured: Sean Connery starred in the 1986 film adaptation of the Name of the Rose alongside Christian Slater

Local media reported that the fire crews were having difficulty reaching the unusual building, which stands on a tall hill in a mountain-side village.

There were also concerns about accessing enough water to put out the fire.

It is believe the blaze started where renovation works are being carried out towards the back of the large property.

Historians predict parts of the building date back to as early as the 9th century. The building was abandoned in the 1600s and renovated and restored in the 19th century.

The abbey, which for much of its history came under Benedictine rule, is now entrusted to the Rosminians.

A special regional law acknowledges it as the ‘Symbolic monument of the Piedmont region’.

The book The Name of the Rose was inspired by this monumental abbey.