Idaho woman ‘beat and strangled her kids over ice cream’

Priscilla Zapata, 26, of Canyon County, is accused of abusing her two daughters and two sons by hitting, biting and choking them after she saw them eating ice cream in July

An Idaho woman has been charged with child abuse after allegedly shaving, hitting, biting, beating and strangling her children over a tub of ice cream.

Priscilla Zapata, 26, of Canyon County, has been charged with four counts of felony injury to a child after allegedly attacking her two sons and two daughters on June 18.

According to court documents, Zapata told relatives that she ‘lost it’ when she saw that they had eaten the ice cream on July 18 and began an onslaught that culminated in her choking one girl up against a wall, KTVB reported.

Deputies say that Zapata beat all four of her children with a wet belt, and went on to shave the heads of her two daughters.

One of the girls said she didn’t say anything as her hair was being shaved because she was scared that her mother would cut her.

The shaving alone amounted to physical and emotional abuse, according to the affidavit. But it didn’t end there, police said.

Zapata was also accused of biting and hitting the girls, and shoving one of their faces into the ice cream, as well as pushing her into a wall.

The same girl said Zapata had hit her ‘everywhere’ and then threw her outside.

The other girl told deputies she was held up against a wall by her throat and choked. She ‘felt like [she] was going to die,’ and ‘like [she] was already dead,’ police said.

Deputies wrote in the affidavit that the injuries on the children were consistent with the stories they told.

All four children are now in the care of the Idaho Department of Health and Welfare.

Zapata has been charged with four felony counts of injury to a child, with each count carrying a maximum 10 year sentence. She will have a preliminary hearing on November 8.

Although the attacks were said to occur in July, a warrant was only issued for Zapata’s arrest on October 5. She was booked into Canyon County Jail on Tuesday.

Joe Decker, a spokesman for Canyon County Sheriff’s Office, told PEOPLE: ‘When we have serious allegations like these, we don’t ever want to rush the investigation. These things take time to complete.’ 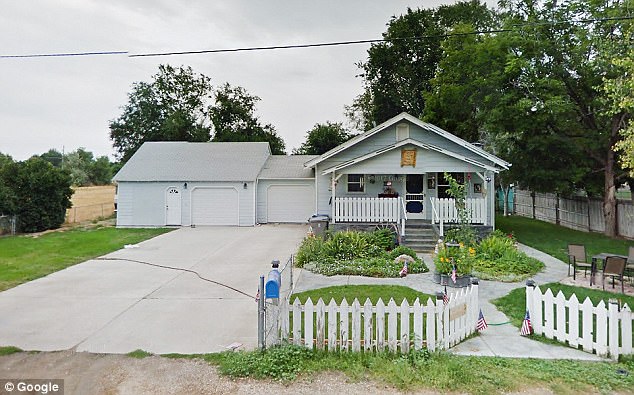 This Canyon County home is registered to Zapata’s name. One girl said she thought she would die as Zapata allegedly held her up against a wall by her throat