‘If there is racist abuse, players need help to walk off’: Former England star Rachel Yankey says football must do more for victims of discrimination

By Adam Crafton for the Daily Mail

Rachel Yankey pauses, and for once her sunny demeanor dims. The conversation has turned to racism and her mind is transported to the outskirts of Madrid.

‘As a kid, you read about it and hear about the older generation going through it,’ she explains. ‘But you never think you will experience it yourself.’

That was until a trip to the home of Rayo Vallecano and a Champions League game for Arsenal Ladies in 2010.

‘We played in Spain and other countries and things were said,’ Yankey says. ‘At Vallecano, we had food and coins thrown at us. It was shock and disbelief that someone was abusing me and my team-mate. It was a fan, people in the crowd. I was shocked and couldn’t understand what was going on. All of our team-mates were disgusted by it and we stood together.

‘The management of the team apologised, the ref looked into it and we dealt with it. We lost the game but won at home, we went through but there was anger over what happened.’

Yankey is embracing the progress of women’s football and England’s bright start to the World Cup but as one of the sport’s most recognisable names, she has articulate points to make. She is championing the anti-discrimination charity Show Racism the Red Card and is determined to confront the enduring injustices of women’s sport.

For the England men’s team, debate has centred on whether to walk off the pitch if Raheem Sterling and Danny Rose are confronted once more by racism. The same discussions are taking place in women’s sport. 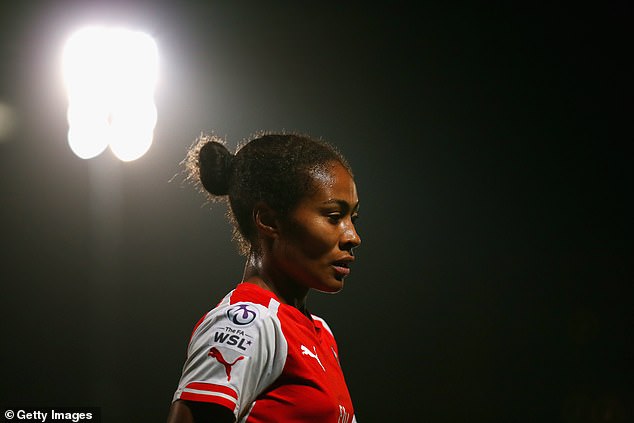 Yankey says: ‘UEFA and FIFA need clear guidelines. We need an external voice not emotionally involved in the game that can guide the referee. I remember speaking to a German referee and she said if there is thunder and lightning, there is someone gauging the weather and telling you to get players off the pitch. It needs someone in the stands gauging the atmosphere and telling the referee, “This is not right”.

‘It’s not fair for all the onus to be on players. What if you are a young kid, 17 years old, and being abused? Do you take the stance of walking off when all your team-mates are older? I am not sure you can put that pressure on them. It needs leadership from the top.’

Last year, England’s set-up was marred by racism and bullying allegations that culminated in internal investigations into the conduct of former manager Mark Sampson and his staff. 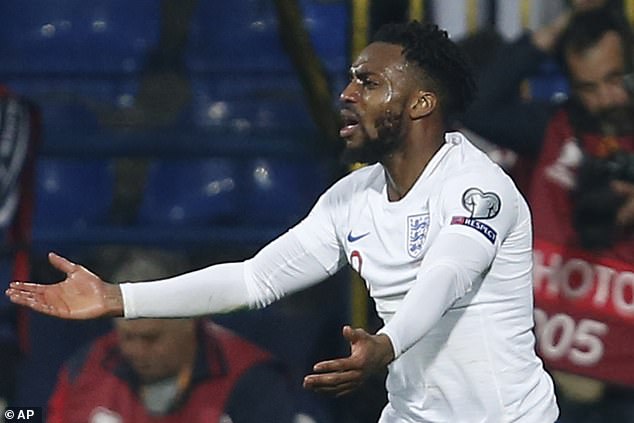 ‘I was not in the England team at the time. But in terms of what was said, Eni Aluko was offended by that and that needs to be looked at because it wasn’t right.

‘It was looked at. Was enough done? I don’t know. Possibly not. It was something people have to be aware of; their role within society. Something that may have been said as a harmless joke was not a harmless joke and can’t be condoned as that. Eni stands up for what she believes is right. I wholeheartedly back her for that.’

Yankey, 39, became a record cap-holder for England, winning six League titles, nine FA Cups and was given an OBE.

She coached in the Women’s Championship at London Bees and is concerned by the semi-pro status of the second tier of the ladies’ game. It is startling, for example, to learn that Women’s Super League and Championship clubs are not required to provide medical insurance for players. 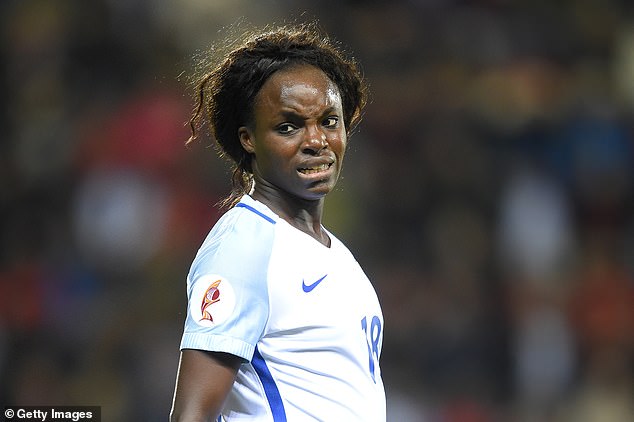 ‘I do not understand that,’ Yankey says. ‘We need to look after players.

‘The difference between the top flight and Championship is huge in terms of professionalism. The only people who will suffer are the players. It is not good enough. The PFA can’t represent players at that level because they are not professional.’

In response, an FA spokesperson said: ‘Medical standards are constantly improving and are under regular review to meet the future requirements of the women’s game.’

A PFA spokesperson said: ‘Our discussions are ongoing with the FA regarding improving the conditions of our WSL members.’ 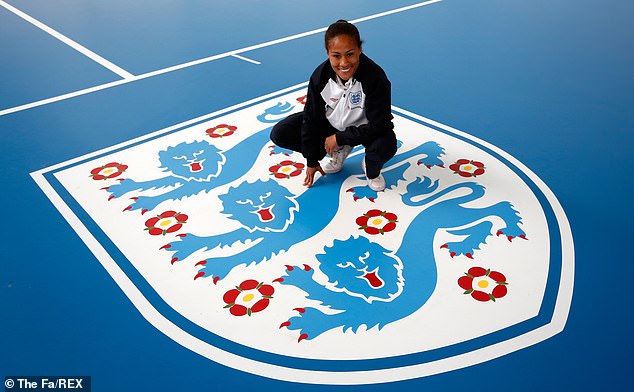