Two illegal immigrants have been jailed after cops raided a giant £2 million cannabis farm just 270 yards from a police station.

Albanians Emiljan Gjura, 31, and Ermir Reshiti  35, were locked up for two years for their parts in a ‘sophisticated operation’ discovered in the seaside resort town of Southend-on-Sea, Essex.

More than 3,000 plants were seized by Essex Police after they discovered the giant grow-op sprawled across five industrial units. 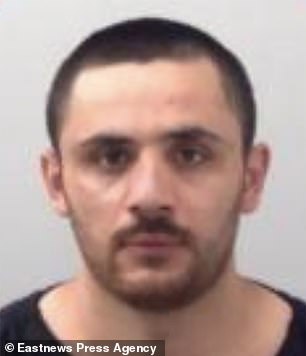 Emiljan Gjura, 31, and Ermir Reshiti , 35, were both jailed for two years at Basildon Crown Court yesterday after being convicted of being concerned in the supply of cannabis. Police seized cannabis worth more than £2 million from five warehouses just 270yrds from their own station 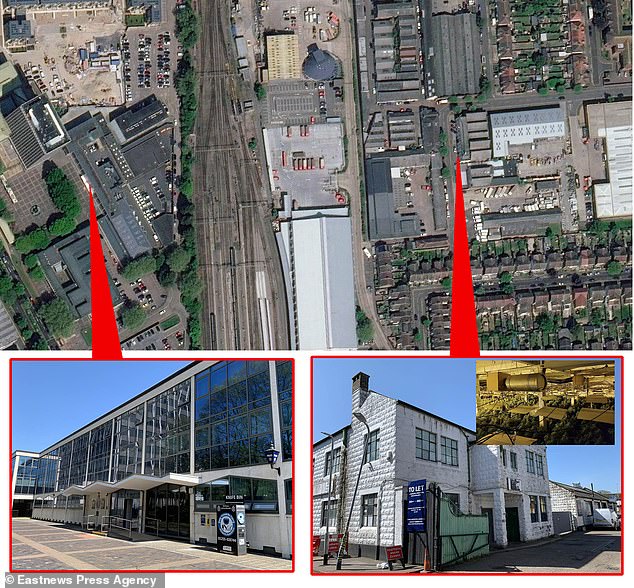 Shockingly the brazen gang had set up the farm just 270 yards from Southend-on-Sea Police Station and guarded it with CCTV.

Pictures of the site show swathes of the illegal plant growing in orderly rows inside the units and green-leafed saplings stretching up insulated walls.

Green-fingered Gjura and Reshiti had been living at the drug factory, with the duo working as gardeners.

They both claim to have come to the UK to make money to help their families – but neither of the men co-operated with Essex Police and refused to reveal who recruited them.

They were sentenced yesterday at Basildon Crown Court after previously pleading guilty to being concerned in the supply of cannabis. 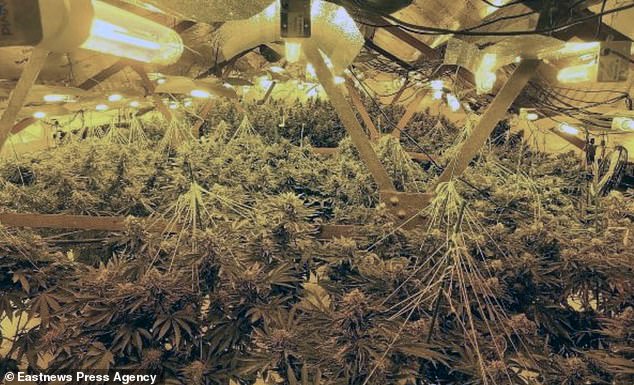 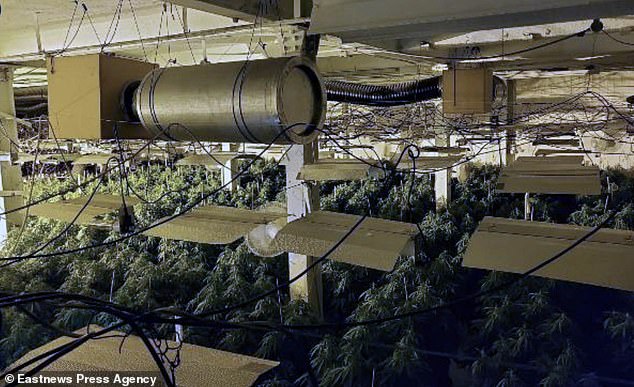 This is just some of the 3,000 cannabis plants found by police in a raid on five warehouses

Sentencing the pair, both of no fixed address, Judge Ian Graham said: ‘This was a sophisticated operation with CCTV to protect the haul of drugs inside the units. You have given no indication of who recruited you and set you up in this operation.’

He added: ‘You had no influence to those above you and became involved with this operation due to naivety and your status as illegal immigrants.

‘I sentence you both to two years in prison immediately.’

Speaking after the raid Southend District Commander, Chief Inspector Ian Hughes , said: ‘This is an excellent result, not just for Southend, but the entire county.

‘Drug expert witnesses estimate the drugs would have been worth in excess of two million pounds on the street, and I have no doubt this seizure will have a big impact on the drugs market in Southend.

‘Drugs destroy lives and we will continue to do everything in our power to get them off our streets and bring those responsible for supplying and distributing them, to justice.’